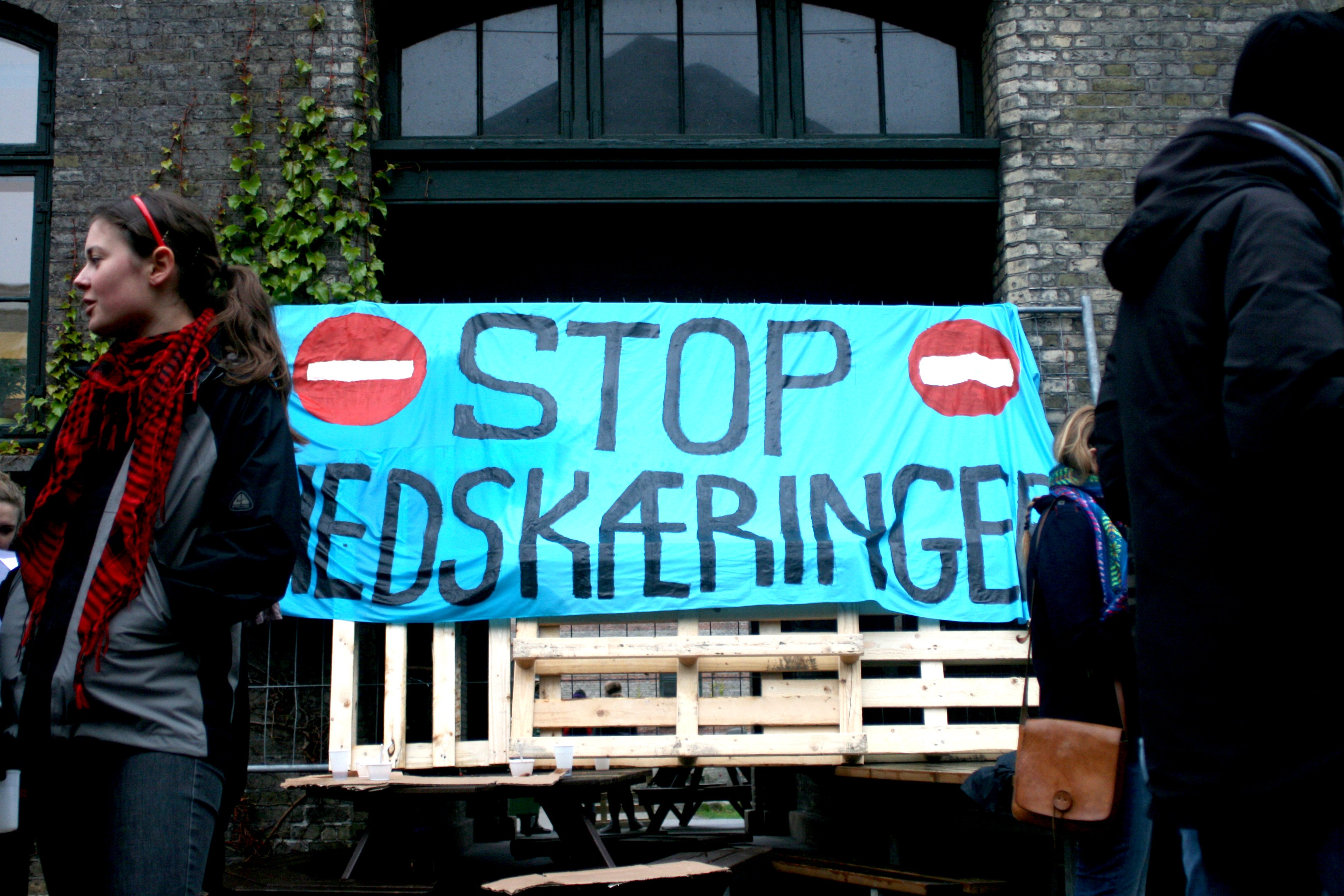 Sociology students have blockaded their department since the early hours of Thursday morning. Protesting cutback plans, they say they will not stop until their demands are met

About fifty sociology students have blockaded their own department since 7 am Thursday 19 November, and have prevented staff from getting to work. The blockade is in protest against looming cutbacks announced by the Head of Department, which is to slash 25 per cent of the hours for tutorials.

Students fear that loosing the tutorials will make it harder to complete their education, increase the time it takes, and lead to a social distortion of students, making it harder for those with poorer backgrounds.

As it looks now, the department has to save DKK 500,000 next year, DKK 400,000 of which is supposed to be taken from the tutorials. According to the students, Head of Department Carsten Strøby Jensen is not open to negotiations on alternative cutback plans.

Will stay all day

Students demand that the reductions are stopped, and that the department get permission from the university administration to go over budget – as was done last year.

The blockade will go on all day, and will according to student spokesperson Magnus Pedersen last until all demands are met.