Sofie got depressed and took sick leave. She lost her grant and welfare benefits 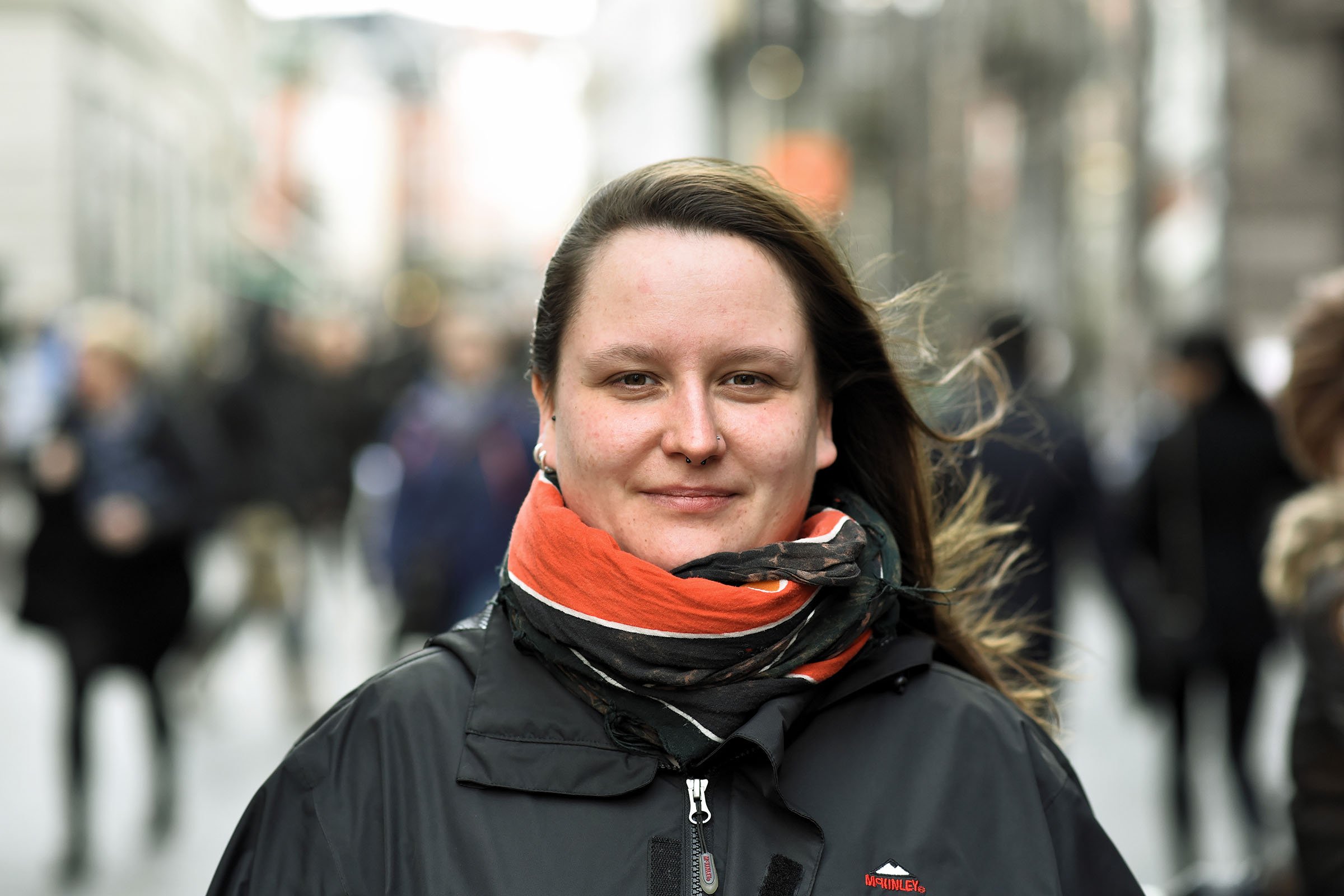 Sofie Van Deurs Formann Jensen is now on sick leave due to depression. On sick leave, she can neither receive Danish SU study grants, nor government welfare benefits. Not the best starting point to get well, she reckons
image: Anders Fjeldberg

SU-warning — It came as a shock to a graduate student that she could neither receive a Danish SU study grant nor any welfare payments when she went on sick leave. Patient association criticizes UCPH counselling on the issue

It has resulted in her SU study grant being stopped, so she today receives no money for rent, food or psychological assistance. The Copenhagen local authorities have told her she cannot get welfare benefits.

I feel cheated. I expected to get support in case of illness, just like if you have a job and get sick.

She had prior to this had a conversation with a study and career counselor at her faculty, the Faculty of Science at the University of Copenhagen, on what she should do. But she has still ended up having to use all her strength to avoid being evicted from her apartment due to lack of funds, and to get food for herself. This instead of using her energy to get well.

At the Danish Association for Depression, general secretary Kasper Tingkær says that it is not ‘particularly commendable’ that her faculty has not been able to do more for Sofie Van Deurs Formann Jensen.

Sofie Van Deurs Formann Jensen was enrolled from September 2016 and followed the first semester’s courses in block one and two of her master’s, even though she could not manage to take the examinations in the subjects. Her sick leave is valid from 6th November 2016 and block three and four of her master’s degree. She has a bachelor’s degree in biology from 2016, which she took in the prescribed time.

“She could have expected more from them. The faculty should at least have referred her to Student Counselling, who could have helped her on. Sofie has cognitive difficulties, because she has a depression, so they should have given her a clear message. They should take care of their students so that they get through in the best possible way,” says Kasper Tingkær.

At Student Counselling, director Sten Kruse-Blinkenberg confirms that Sofie Van Deurs Formann Jensen could have gotten counselling from them before taking medical leave.

“We want to be good at giving support and in providing a ‘second opinion’,” says Sten Kruse-Blinkenberg.

The Student  Counselling service would have been able to tell Sofie Van Deurs Formann Jensen that there is an ordnance – number 1,708 of 12/05/2015 – giving students the opportunity to go on welfare. They would also have been able to tell her that it is possible for sick students under certain conditions to receive SU study grants for up to two years in connection with sick leave.

The Faculty should at least have referred her to the Student Counselling Service, which could have helped her further

Finally, there is the option that she could retract her leave application, so she would still be able to receive her study grant during sick leave.

The Student Counselling Service suggests to most sick students that they continue on the SU study grant, if an overall assessment points to this as the best solution, says Sten Kruse-Blinkenberg.

The Faculty always refers to the SU Office

Sofie Van Deurs Formann Jensen says she did not receive any counselling on whether she could receive SU in connection with her depression illness during her meeting with a counsellor in December.

“The only two options that were on the table during the conversation was to either drop out completely from the study programme  or to take sick leave,” she says.

At the University of Copenhagen, head of section for Study and Career Counselling at the Faculty of Science Gitte Henchel Madsen says she is really sorry about Sofie Van Deurs Formann Jensen’s situation. But she refers to the faculty’s general rules for counselling.

“We do not give guidance on rules or options regarding SU study grant issues. Instead we always refer the students to the SU office when they have questions about SU rules, including how their SU will be affected by illness and other unforeseen events. The reason for this is that we know how big the consequences could be if a student gets false information on an SU-issue,” says Gitte Henchel Madsen.

“We do not give guidance on rules or options regarding SU study grant issues. Instead we always refer the students to the SU office when they have questions about SU rules, including how their SU will be affected by illness and other unforeseen events.”

Gitte Henchel Madsen, head of section for Study and Career Counselling at Science

She says that the faculty has some key points on SU, that they generally inform students about. One is that you cannot receive SU study grants during sick leave. This information Sofie Van Deurs Formann Jensen confirms she got during the conversation with the counsellor.

Got no counselling on getting hold of the SU Office

This was the only thing Sofie Van Deurs Formann Jensen believes she was told in terms of her SU options.

“I got no counselling on turning to the SU office. This was something that I myself took the initiative to do later,” she says.

Why did you not yourself ask the counselor about your options to receive SU study grants while you were sick, instead of just going on sick leave when you were told that you would not be able to get SU during sick leave?

“It’s hard to ask about something you do not know exists. So I did not ask for SU. In the situation I was in, I expected that a counsellor would put all the options on the table. In my mind, student counselling should have the students’ best interests at heart. So if I in any way would have been able to receive SU, I just thought that a counsellor would tell me,” she says.

Can you get SU during sick leave?

The SU – Danish students’ Grants and Loans Scheme writes on its website that it is possible to receive SU during sick leave, but that this will be subtracted from the  overall time that you are allowed to receive SU. You can then subsequently apply for an exemption.

However, there are different restrictions on what diseases will allow an exemption so you can get more SU.

She also says that she during counselling locked herself into the idea of sick leave because she wanted to start studying again when she was well. She did not get the idea that she would end up in a situation with no money at all.

“I just thought that when the counsellor said I could not receive SU during a sick leave, it was because I would receive some form of benefit, such as welfare – due to the fact that Denmark is a welfare state,” says Sofie van Deurs Formann Jensen.

UCPH: Principles for counselling are clear and easy to understand

She says she has a hard time understanding how things could end up like this.

“I feel cheated. I expected to get support in case of illness, like when you have a job and get sick. It makes me angry that I cannot get help anywhere, and I cannot understand how you can simply be discarded just because you have a mental disorder,” she says.

According to Gitte Henchel Madsen, Student Counselling’s guidance principles are not unclear to the counsellors:

“When we give counselling, whatever we do it at a personal meeting, by phone or by mail, we try to focus on getting the students to sum up how they have understood the information they have got, and what they are going to do next. In this way we try to ensure that the counsellor and the student have understood each other,” says Gitte Henchel Madsen.

Sofie Van Deurs Formann Jensen would really like to start studying again after the summer break in 2017. But right now she has no idea whether this is realistic.