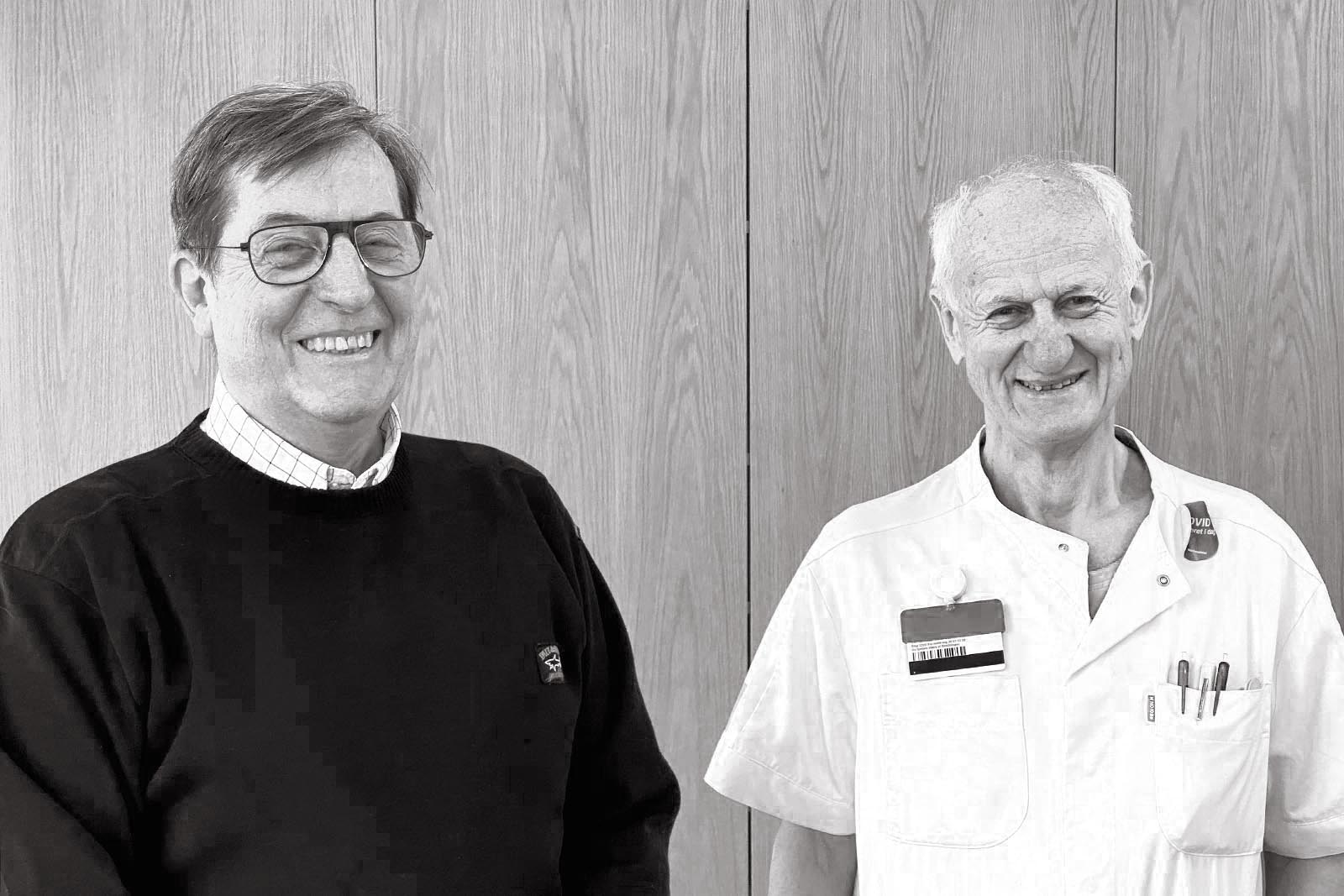 Lars Edvinsson (left) and Jes Olesen have won the award as the first researchers in the Nordic region.
image: Rigshospitalet Presse

Names — Two scientists from the University of Copenhagen have just received the world's largest award in the field of neuroscience, The Brain Prize. Their research has led to migraine medicine that is almost free of side effects.

The field of migraine research has taken some giant steps forward in the last 40 years. Before 1979, migraine was considered an unexplainable psychiatric disorder. It was a mystery.

But with contributions from the professors Jes Olesen and Lars Edvinsson, both of them from the University of Copenhagen and the national hospital Rigshospitalet, the disease is now recognised as a neurological disease. Doctors nowadays can, to a certain extent, explain and treat the disease.

»We actually understand more about migraine these days than most other neurological diseases,« says Jes Olesen.

The professors have just won the world’s largest neurology research prize, The Brain Prize, which the Lundbeck Foundation awards each year.

It is the 11th time that the Lundbeck Foundation awards The Brain Prize.

The award ceremony will take place on 25 October 2021 in Copenhagen.

The Lundbeck Foundation wants to honour important and ground-breaking contributions to neuroscience.

In addition to the honour, the award is worth DKK 10 million, and the two UCPH researchers will share it with two other migraine pioneers: The British scientist Peter Goadsby and the American scientist Michael Moskowitz.

The four of them discovered a crucial mechanism known as CGRP which explains why some people are attacked by migraines.

»CGRP is the basis for the development of a new migraine medicine on the market. This is probably the reason why we have received the award, because we have, through the years, also demonstrated many other substances involved in triggering migraine attacks,« says Jes Olesen.

The new type of medicinal products alleviate migraine. The medicine can both prevent and counteract migraine attacks and reduce their severity.

Migraine attacks can be debilitating for your working life, and devastating for the quality of your life with severe and frequent bouts of painful headaches, nausea, vomiting and hypersensitivity to light, sound and touch.

The occasion is, of course, their receiving The Brain Prize, but it is about time: So much has happened in 40 years that has led to real breakthroughs in the treatment and understanding of migraine.

As a neurologist, Jes Olesen has been interested in all neurological diseases, but migraine has always had a special place for him.

»I have been fascinated by the migraine because it is such a misunderstood illness. And because I became aware at a very early stage in the research that it is possible to find out something about migraine. There were not many other people believing that this was possible,« he says.

»In fact, in all the 40 years I have done research on migraine, we have never reached a dead end, but have only penetrated deeper and deeper into its mysteries, year after year. For other diseases, researchers often end up facing a dead end that lasts 10 or 15 years. But this has not happened with migraine,« he says.

Jes Olesen is Danish, while Lars Edvinsson is Swedish, and Lars has had a decisive influence on the working life of Jes Olesen.

»Lars Edvinsson does research on the basic mechanisms. He was the first to show that CGRP can be found in the brain’s blood vessels. He helped to make me interested in doing research on CGRP, and together we found out that CGRP could trigger migraine attacks,« says Jes Olesen, adding that the pharmaceutical industry could then start developing a substance that can block the effect of CGRP in the brain.

You may have come across Jes Olesen’s name in the media, as he has spent all his professional life getting migraine accepted as a neurological disorder.

Is Professor of Clinical Medicine at Lund University in Sweden. Lars Edvinsson has been president of the International Headache Society, and together with Jes Olesen founded the Glostrup Research Institute.

He is also professor of clinical pharmacology at the Department of Clinical Medicine at the Faculty of Health and Medical Sciences.

»I think that over the past 40 years I have been in the media about 50 times,« he says.

»And every time Lars Edvinsson and I make a new discovery, the media show an interest in it,« says Jes Olesen.

Other researchers at UCPH know him as a migraine scientist, he thinks, but Jes Olesen has also been very active in organising neurology at the European level.

About 15 years ago, for example, he helped establish the European Brain Council, EBC, which has offices in Brussels, and which, according to Jes Olesen, has succeeded in putting brain research on the EU agenda.

»And this is something that other neurologists know me for,« says Jes Olesen.

So what do I do now?

You can read the article Migraine pioneers receive world’s most prestigious brain research prize from the Faculty of Health and Medical Sciences.

It is about Jes Olesen’s and Lars Edvinsson’s work and has more details about their research and about how CGRP works.