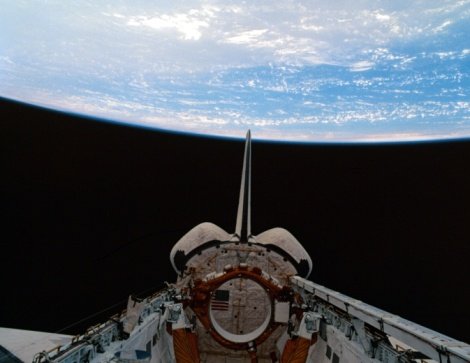 Kristian Pedersen of the new Space Science Centre would like to expand the University of Copenhagen's horizon beyond that of our planet.
image: photos.com

Countdown at the space centre, as director would have liked to send us out into orbit

»If we could, we would have liked to send you all out into space for this presentation…«

So said an enthusiastic Kristian Pedersen, head of the new Space Science Centre, Tuesday 13 April at its official opening at the Geological Museum, University of Copenhagen.

»Space science requires technological insight and manpower. It is one of the sexier fields of science, at least in my mind. If we can send someone to Mars, that would be just perfect«, he added.

The Centre is to focus on current space science activities and support new initiatives and projects.

Since its unofficial opening in 2009, the Centre has attracted all those interested in space.

»The Centre is gaining momentum in this growing field of space science«, said Mr Pedersen.

Should use defence funds

John Mundy, Vice Dean at the Faculty of Science, welcomed the guests by retelling how he came to love space science: it was through novels, such as ‘The War of the Worlds’ by H.G. Wells.

He explained that the centre is based on a modern business methodology, with an interdisciplinary concept.

Denmark has had a right-of-centre liberal-conservative government for the past 10 years. During this time university funding has been cut.

But government funding is important, argues John Mundy. In the US, some defence money has gone into space research.

»Funding can be found in places where you would least expect it. Maybe some of the defence budget in Denmark could be put into research projects for space,« John Mundy speculates.

Copenhagen only good on planet Earth

The Centre is leading several national and international projects. One of the more intriguing ones is the Exo-Mars Mission, the first European mission to Mars.

The mission is the launch of two satellites in 2016 and 2018 in collaboration with NASA. The first mission is an orbiter, which is to study the origin of methane in the Martian atmosphere. The 2018 mission is a European and American rover, which is to drill 2 metres into the soil searching for biomarkers.

»This university is good at researching our own planet, the Earth, but we want to extend that research«, added Mr Pedersen.

Options for students too

Among a larger group of professors and staff, more than a dozen students attended the launch, mostly to gather ideas.

»My professor is in the Exomars group and I am writing my thesis on it,« said one of the science masters students present to the University Post reporter.

At the moment there are no designated funds for PhD students. However, specific research groups have made open announcements for all students interested in geography, physics, biology or science and encourage them to go to their department of interest and ask for opportunities.