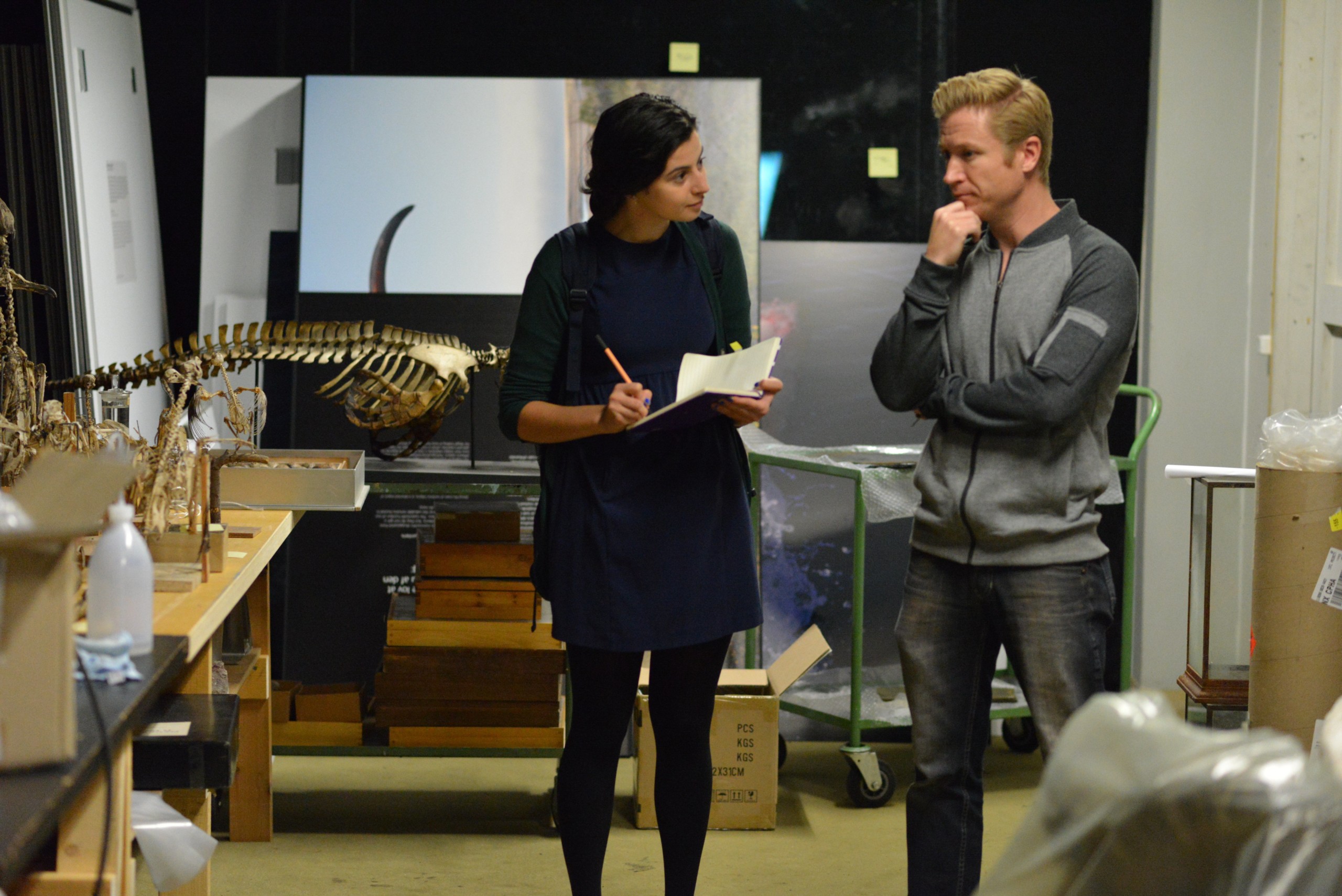 From October, the Natural History Museum will host its biggest exhibition yet. Among Misty the 16m long dinosaur, shells hand-picked by Danish author H. C. Andersen and Charles Darwin’s gift to the museum, will be the skeleton of a sperm whale.

Denmark made headlines last February when two sperm whales were stranded in Jutland, and publically dissected at the beach. The Natural History Museum skeletonized the carcass.

One of the whale skeletons, belonging to a young male between 5 and 10 years, will take up residence at the museum in October. Further remains from the whale will be exhibited alongside the skeleton.

“We collected some of the oil that sits in one of the cavities of the head. We don’t know why sperm whales collect oil in their head but it has been used traditionally as lamp oil”, says Abdi Hedayat from The Natural History Museum, who was responsible for dissecting the whale.

“The whale’s stomach was also full of miniuscule squids. Whales have four stomachs somehow similar to cows. The sperm whales trap the squids and the majority of the squid beaks are regurgitated.”

The whale’s cause of death is still unknown. “It did not show any injuries, but we found the levels of some bacteria were quite high so maybe that was the cause of death. However these are only speculations.” adds Joakim Engel, exhibition responsible.

Want a sneak peek into the exciting new exhibitions at the Natural History Museum? Check out our gallery below.