Spring Festival to be biggest event in University of Copenhagen history 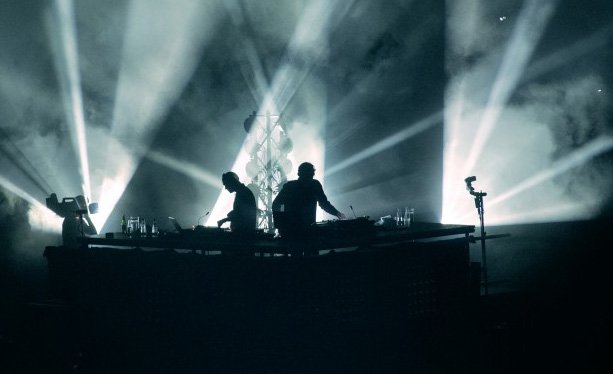 Den Sorte Skole at Skanderborg Festival. One of the highlights of this year's event
image: Courtesty of KU forårsfestival

Stages rented from Roskilde Festival - between 8,000 and 12,000 people. The University of Copenhagen's new 'Forårsfestival' is designed to be the biggest event ever

All students, staff and teachers are invited for a single day event on 9 May, in what promises to be the start of a new University of Copenhagen tradition that will be the new biggest day of the year.

As a Spring Festival, this type of event has been common with other institutions around Denmark, but the University of Copenhagen’s party attitude lags behind. The creation of this new annual festival is expected by organisers to be a big hit, and grow in size over the next few years as students catch on.

With no single hall or building big enough, the all faculty and all campus party will take place in the park Universitetsparken due to it’s luscious greenery, and snug fit into the centre of the university grounds on Nørre Campus.

The free festival will hopefully play host to between 8,000 and 12,000 people (weather permitting), and the three stages will be rented from Roskilde festival, two of which have a capacity of more than 2,000 people. The largest having open sides, making it a prime for sitting on the grass, having a beer and enjoying some of your favourite acts.

To make such a large event possible, Carlsberg Fonden and EKJ Fonden are sponsoring the festival, which will havev seven bars and two zones for food, and more vitally,for coffee.

Big acts expected as the lineup is released

During the day, activities and events will be put on by nearly every University of Copenhagen group imaginable, such as a soccer tournament and science slams.

Jacob Ørum, director of Studenterhuset gives readers one piece of advice: “Come early if the weather is nice!”

Into the evening some of the biggest acts from around Denmark and abroad will perform into the night, keeping the drunken hoards entertained enough as to not unleash Roskilde style mayhem into the nearby science buildings.

In an e-mail between organisers and University Post the first inkling of acts were Linkoban, Copenhagen Glee Club and Composer of the Year award winners Den Sorte Skole.

The Festival website which has just gone up will keep students updated with the buildup to the big day, see fact box right.

The volunteer effort for organising the event is being organised by the Student Council and the Studenterhuset. You can volunteer by clicking on the link on the fact box upper right.