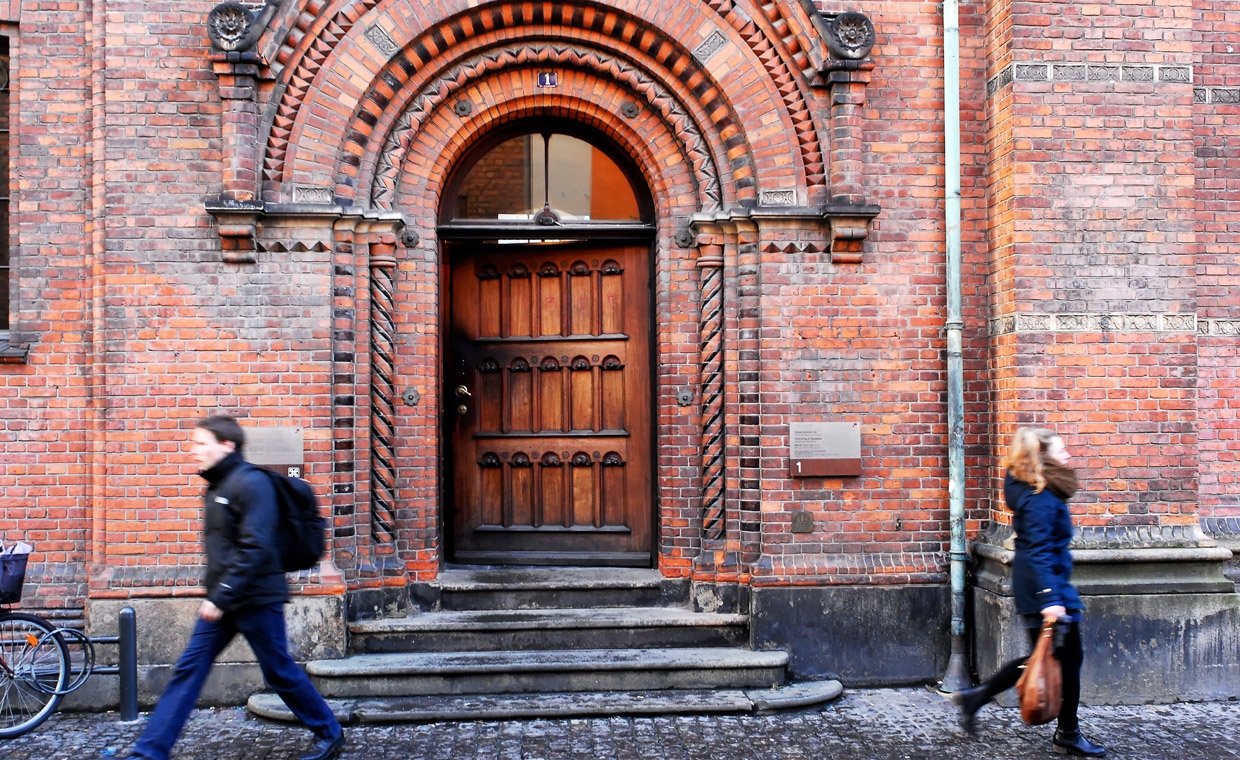 Admitted, rejected, and then admitted again. E-mail correspondence shows the dark side of the attempt to balance student numbers. Entrance to the International Office at the University of Copenhagen
image: Anders Fjeldberg

Government attempts to balance Danish and non-Danish student numbers have led to bureaucracy, and human costs

A long trail of e-mails leading to nothing but frustration.

This is the harsh, frustrating, and not least costly, reality for Danish university administrators and their university partners abroad – and an uncounted number of student applicants, as administrators attempt to balance the numbers of incoming and outgoing exchange students.

The University Post has gained access to a set of e-mail correspondence between one department at the University of Copenhagen and one of its partner universities abroad, concerning two particular exchange students. The correspondence inadvertently reveals that the new government regulations that should balance incoming and outgoing exchange students (see fact box right) is burying Danish universities in paperwork, and frustrating partners and potential students abroad.

We have chosen to keep the country, department, and students anonymous, as one of the students mentioned in the e-mails managed to gain a place in Copenhagen.

The e-mails reveal that the university partner was first asked to select among two qualified student candidates, then had this candidate rejected by the University of Copenhagen, only to be re-selected again as the UCPH re-counted its Erasmus exchange numbers. The correspondence thread which we have seen, consists of six e-mails and one separate e-mail over the course of a month concerning the two students.

In one e-mail, the rejected applicant was forwarded an e-mail from the University of Copenhagen, where he was not even addressed by name: »Dear student, Our department is compelled to reach a balance between incoming and outgoing erasmus students. This year, we have received 53 applications for only 43 erasmus places. I have decided to give priority to partner universities that have received some of our students in the past 3 years. Your department is unfortunately not among them, and I am therefore not able to give you one erasmus place. I hope that you will be able to find a place elsewhere and I wish you good luck in your future studies,« the department wrote.

No point in waiting

Although always polite to the admitted, rejected, and then re-admitted students, the University of Copenhagen side of the e-mails reveal a sense of desperation among administrators.

»I am truly sorry about this situation, but there is little I can do. Please note that given the trend of the past few years, the same problem can be expected next year (even though it is impossible to predict exactly),« said one of the e-mail rejections.

The University Post asked the head of the International Office John Edelsgaard Andersen, who is soon to have a new job as a department head in the Faculty of the Humanities, for his comments on the trails of correspondence with partner universities.

Have you made the minister of Science Morten aware of the man-hours associated with the exchange balancing regime?

»Perhaps not that part of it has not been raised, the resources, but of course the bureaucracy, and of course the damage to the brand of Copenhagen as a study destination, what it does to our relations and also what it does to demotivate the colleagues who are engaged in this as Erasmus co-ordinators,« he says.

Numbers have to tally

While supporting the idea of a balance between incoming and outgoing students, John Edelsgaard Andersen believes that the too strict implementation of it is bad for students, bad for universities and ultimately bad for Denmark.

»My standpoint is: Yes, we may have paid too little attention to the balance, but here like you yourself call it in the University Post, it is indeed a ‘regime’«.

Since last year, the Ministry of Science has enforced an accurate match-up of incoming and outgoing student expenses to the Danish taxpayer, leading to a one-on-one incoming-for-outgoing-student tally at the subject, department, university and country level. But this is leading to excesses and bureaucracy.

In the United States and Canada any imbalances in exchanges are offset over a period of years, making things easier. But the University of Copenhagen and other Danish universities are forced to uphold a strict balance at any point in time.

»To go into the last detail of the economics of this, and what it is worth every year, is a horror«, John Edelsgaard Andersen says.

The International Office at the University of Copenhagen, which originally fought the new government regulations, has since accepted that it must work with individual departments to work towards this balance in the numbers at the country, university and department level.

»It is not something that we are happy about. But the balance is what the government has imposed upon us. Rector has decided that we will comply with this, and we have already done a lot,« he says.

End of the line

The regulations have a bureaucratic, and not least a human cost. The yo-yo-ing back and forth, the admitting, rejecting and re-admitting of potential students, that the University Post documents here, is a consequence that John Edelsgaard Andersen is well aware of.

»Of course, some of these partner universities have sent more students to Copenhagen than they should have if it was a strict exchange,« he says.

But, »the Minister flies in a long-haul flight, I might fly in a helicopter, and the co-ordinators, the colleagues they are on the ground. If I say, you have to cut 100 heads, then the Dean will say to department heads you need to find 25 in your department. And then each co-ordinator will fight with his [international] partners, and what you are seeing is the end of the line«.