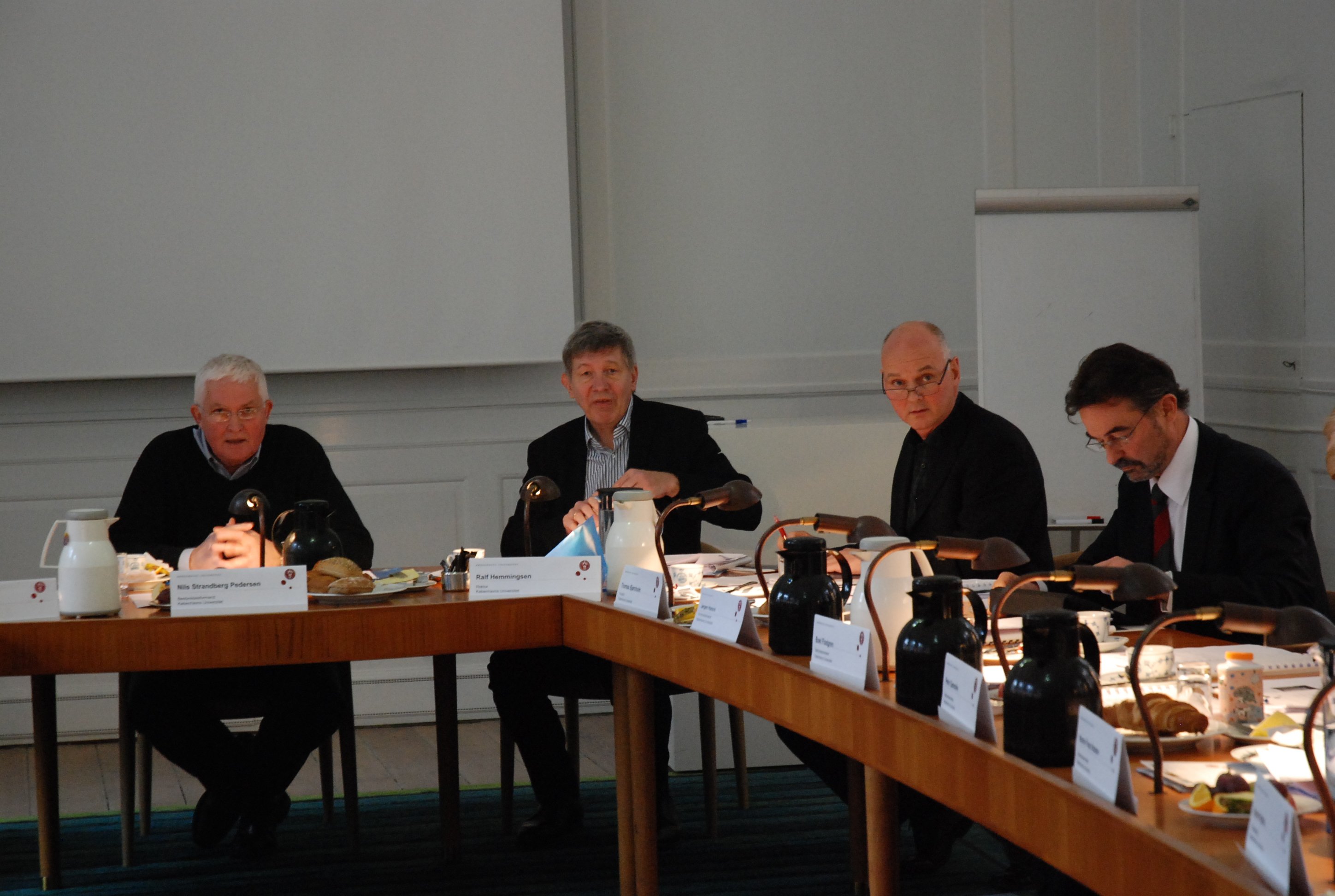 Top management at a Board meeting of the University. Staff and student reps criticise the management version of the Department Councils
image: Polina Chebotareva

The Danish university legislation has been revised after a panel of international experts reviewed the 2003 version. They criticised the lack of staff and student influence over university policy, and said that further ‘co-determination’ was needed.

In the 2011 bill, co-determination was translated from the above English to the Danish words for involvement and democratic participation, causing some confusion at the university.

In their draft proposal for the new councils, the Rectorate and the majority of the Board have said not to take the term co-determination too literally. They refer to another part of the university bill, which states that university management’s line of command has to be respected.

This means that management can still make independent decisions, so long as employees and students have had the opportunity to voice their opinions in an institute council.

According to Lecturer in Philosophy of Nature and Science Studies Claus Emmeche, the problem with the bill is that it’s contradictory. He is one of those petitioning a new university bill.

»The extent of the power the institute councils can have over management should have been stated in specific terms in the bill. Now words like democratic participation and involvement are rendered vague and flexible, and the new councils risk having no influence,« says Claus Emmeche.

He suggests giving the councils the opportunity to scrutinize management decisions, and even demand that processes should start over again if broad agreement isn’t reached.

Claus Bræstrup, a former external member of the University’s Board, points out that democratic participation is implemented in the student council, where members decide, and at the Board itself, where representatives of the university have five out of 11 seats. He believes that this shouldn’t need to be the case for the new councils.

»Staff have the right and duty to advise and challenge their leaders, and leaders have the duty to explain and defend their actions, should they choose to ignore council. The power of argumentation is integral to the university, so a good leader sees staff influence as a good thing,« says Claus Bræstrup.

Staff: We want to negotiate, not discuss

Ingrid Kryhlmand, Deputy Head of HSU and staff representative, doesn’t doubt that the aim of the bill was originally to give staff and students the power to help make decisions.

»By diluting the words of the university legislation, the management has an excuse to do nothing but let institute councils know what their decisions are, and then tick off the box: ‘staff and students were heard’. That is absolutely not what the idea behind the bill was,« she says.

The so-called general collaboration committee (HSU) held a meeting 11 January, resulting in the staff sending the Rector a letter to let him know what they think. They called for greater influence where staffing, finances and organisation is concerned. Their key point was that they wished for the words ‘discuss’ to be replaced with the word ‘ negotiate’ in the management proposal for the new councils.

The Board of the University passed the management version of the proposal Friday 27 January.