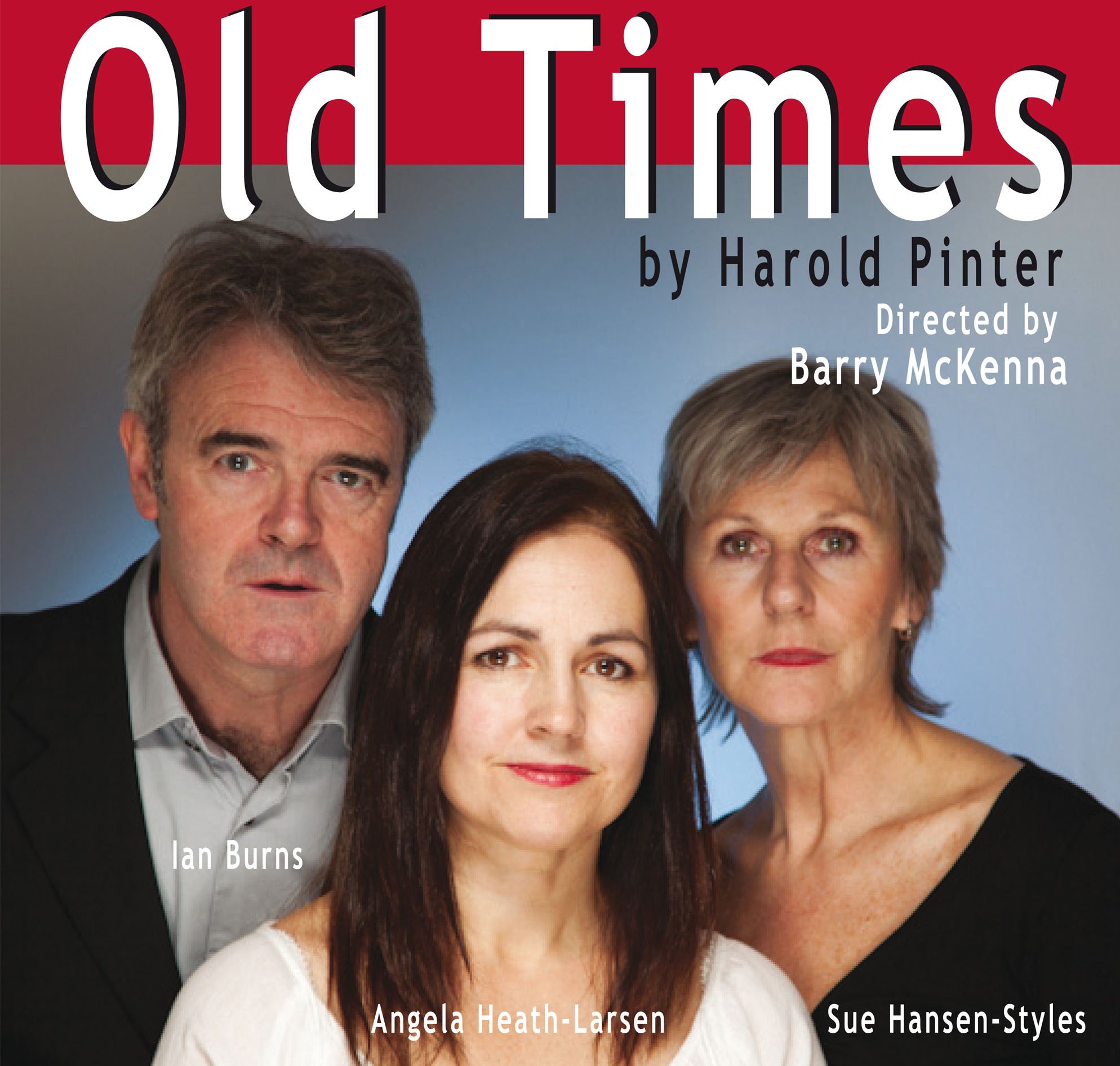 As the days get darker, Copenhagen gets ready to stage some dark humour, in the form of 'Old Times' a true Harold Pinter classic.

After their previous tryst with Shakespeare, the ‘That Theatre’ Company presents us with Harold Pinter’s acclaimed play ‘Old Times’.

Directed by Barry McKenna, the play promises high doses of quintessential Pinter humour, along with the ‘thrill, mystery and the destructive force of desire’

»The actors fell upon the material and devoured it rather like actors fall upon a buffet at an end the of run party (or indeed at any function!) « says director Barry McKenna to the University Post.

Ian Burns, who plays one of the main protagonists, says about Pinter,

»His scripts are so brilliant that actors have the feeling that that there’s an orchestra to lean on. The imagery is precise. The humour is dark, menacing and sometimes just funny, but always something that comes from the characters and how they inter-act«

In his greatest dramas, women emphatically make their presence felt, too. You only have to think of ‘Betrayal’, ‘The Homecoming’ and of course, this piece, to realise what a master Pinter is at conveying the thrill, the mystery and the destructive force of desire.

Promises to be a ‘must see’

»We have had a great time this far rehearsing and doing our collective detective work in order to be able to present our version of this play. There are many ways to approach it and we hope that ours will be enjoyed« Ian Burns adds.

The play will be performed in English by That Theatre Company from October 26 to November 24 2012. Performances are at 20:00 on weekdays and 17:00 on Saturdays (no performances on Sundays).

Tickets can be bought here

SPECIAL NIGHT on 8 November with a one night-only screening of a documentary about Harold Pinter and a talk with the film’s director Harry Burton, after the film. Screening of the film starts at 17:30.
Price for the screening and talk is DKK 100.

Your chance to win

That Theatre Company has kindly offered twenty (20) free tickets to the lucky University Post readers who submit the answer to the question:

‘What is the name of Harold Pinter’s first wife, who some say was the muse for many of his early works?’

The winning tickets are for the dress rehearsals on the 22nd or 23rd of October 2012.

Answers should be addressed to universitypost@adm.ku.dk or through our Facebook page, no later than Friday 19th October 2012.

Winners will be notified by the end of the week.