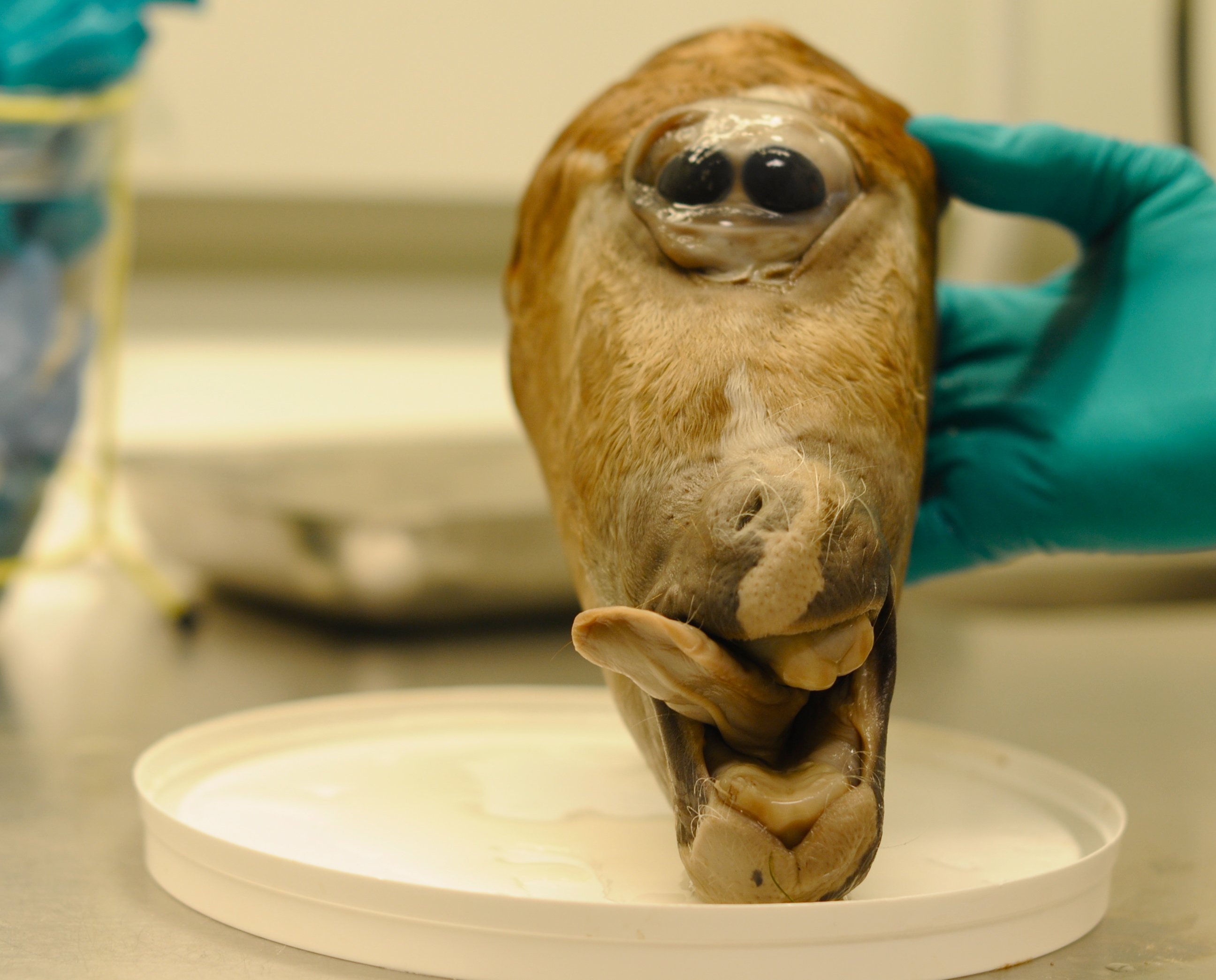 A quirk of nature at the University of Copenhagen. Like a cyclops from Greek mythology it is a creature with one eye

The head of a one-eyed horse has been acquired by the Department of Veterinary Disease Biology, University of Copenhagen and will be put on display.

It has been nicknamed ‘the cyclops’ after the one eyed-giants of Ancient Greek mythology.

The foal was born last summer to a farmer in Zealand, died immediately after birth and was offered to the department. The department severed the head and has plans to display it. A sneak peek was offered to fascinated visitors at the Culture Night festival in Copenhagen last month.

Nature can be so strange

The display is certain to continue attracting interest.

“People are fascinated by such defects because it reveals the diversity of biology. It shows that nature can be so strange” says Professor Henrik Elvang Jensen.

“Such mutations may occur in all animals, and even humans.”

In this animal, the eye has two pupils. “It is a fusion of two eyes – so it contains two of several things including the pupils,” Professor Henrik Elvang Jensen explains.

The malformations of the central nervous system which accompany the eye defect mean it is not possible to find a living cyclops.

The department does not know what caused the eye defect in this foal, which died immediately after birth.

The specimen will not be used for research purposes.

“Accidental defects are rare, and not researched. It is only when multiple defects present across a species that it attracts research attention” says Professor Jensen.

The department’s specimen collection also contains another one-eyed foal and a pig. And a four-legged duck (see gallery below). However this is the first cyclops specimen to appear in 30 years.