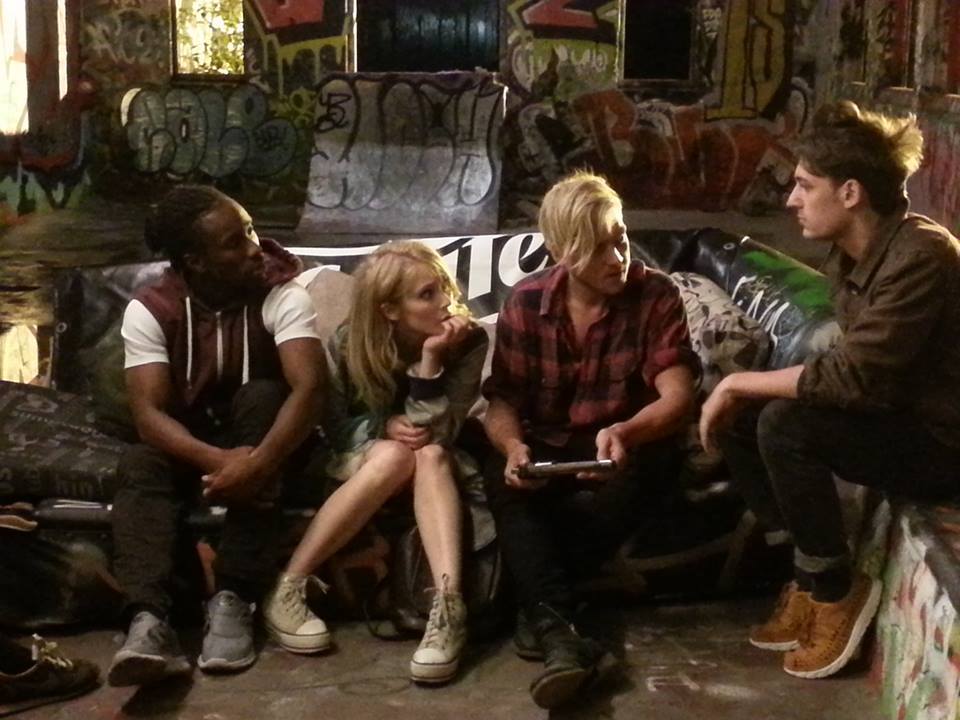 Patrick, far right, and the rest of the cast of his short film 'The White Man Shootings'
image: Patrick Sølberg

Five minutes to pitch a movie to an audience, capturing their attention and leaving them wanting more.

That is the key to being a filmmaker, and is exactly what Patrick Sølborg did in the Odense International Film Festival’s ‘Pitch Me Baby’ competition with his mockumentary A Wolf at the Door. Patrick’s prize comprises a DKK 30 000 award and professional support from Filmværkstedet (‘The Film Workshop’) at the Danish Film Institute.

”In the film, I am trying to ‘create’ my father through an actor,” says UCPH student and filmmaker Patrick Sølberg. ”Most people can relate to how you see your parents in a different light when you get older, and have to get to know them in a new way. They [the jury, ed.] liked that I took something personal, almost universal.”

Patrick is completing a master’s in film studies at UCPH, but has a background in cultural studies. He feels that this gives him an advantage in his films.

”I think I have a little less knowledge about actual filmmaking,” says Patrick, ”I come from cultural studies, with more of an anthropological view that has taught me to look at the world in a more analytical way.”

”It’s a bit of a new way to picture film,” says Patrick, ”it is more surrealistic because I will not interact with my real father, but instead with an actor. The actor will interview my family, and create my father’s image, like a modern Frankenstein. It shows that nothing is black and white, it is a lot about how we create characters.”

His favourite course at UCPH was called ‘the precarious aesthetic’, looking at visual elements that have a dangerous, or uncertain feeling. This is demonstrated in his film work.

Foot in the door

Patrick credits his big break to Filmværkstedet (The Film Workshop), who help film talent by providing access to professional support and production equipment.

”It’s a really great place to start if you have no experience in film. It is a workshop where anyone can come in off the street, no experience at all,” says Patrick, ”You don’t necessarily have to be good at making movies, you just have to have a lot of passion and good ideas.”

Although Patrick has one year left in his studies, he has future plans to become a director and a scriptwriter. ”Now that I have gotten my foot in the door at Filmværkstedet, that is where I am going to put my focus,” he says.

So, is it talent or passion that is most important for making films? See our previous article Career in Film: Not all about the degree for another look at passion versus technical training in the film industry.

And watch a clip from Patrick’s previous project The White Man Shootings here: