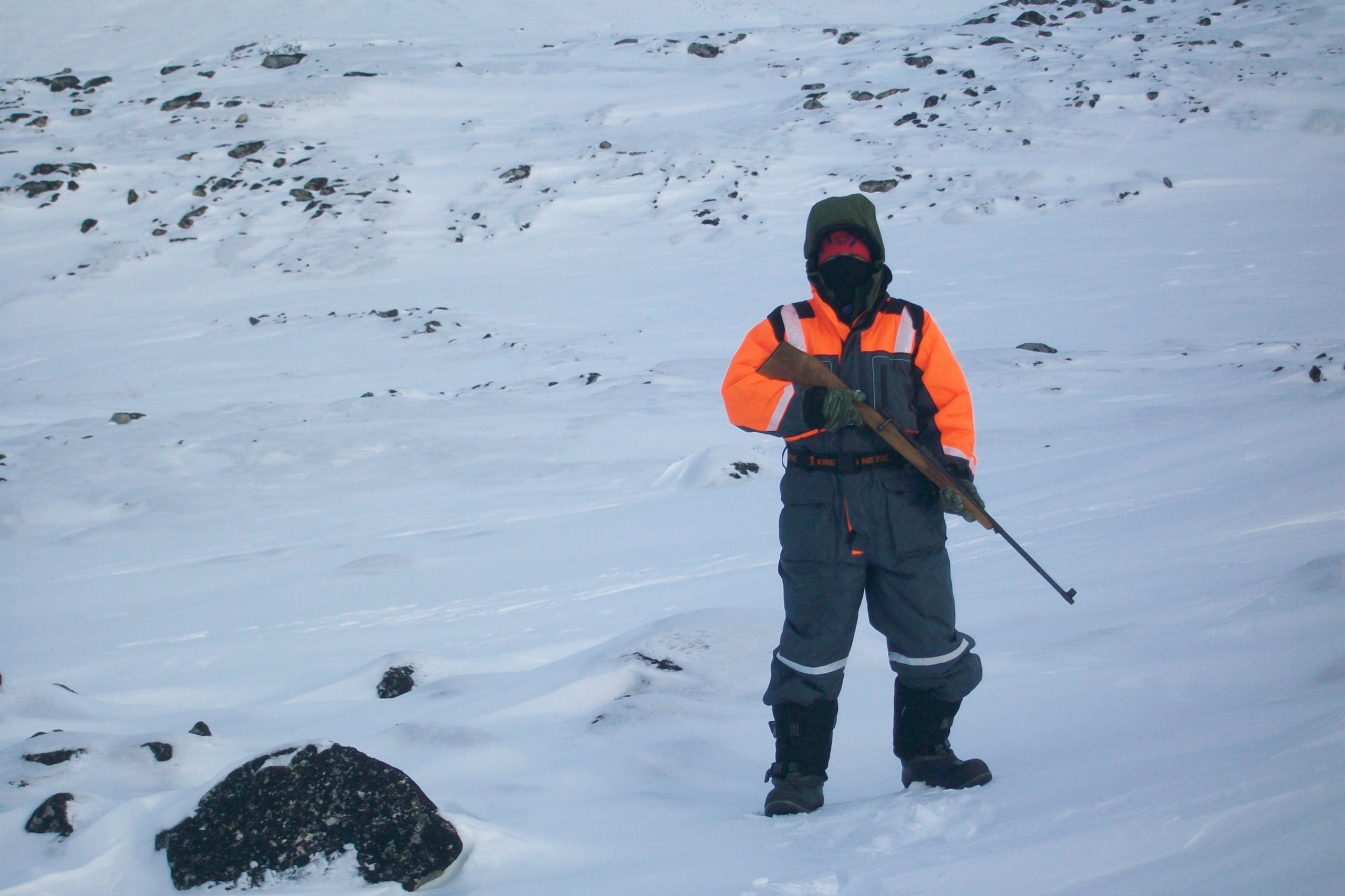 Mikkel Sinding spent a month in Western Greenland collecting data for his Master's thesis. Despite the harsh weather he enjoyed the spring season
image: Mikkel Sinding

by: by Polina Chebotareva
reporter

Mikkel Sinding is a biology student at University of Copenhagen currently working on his Master’s thesis at the Department of Geogenetics. To collect data for his project Mikkel spent a month in University of Copenhagen’s arctic station in Qeqertarsuaq, western Greenland. More precisely, Mikkel’s thesis is a ‘Population Genetic Analysis of Bowhead Whales Prior to, During, and Post Industrial Whaling in the North Atlantic’.

Whales with one hit wonders

Having collected data on bowhead whales Mikkel Sinding will now investigate the genetic diversity of the whales for the last 5,000 years. Among other things he will look into their migration patterns.

»For many years people thought the bowhead whales were extinct in some areas, for example in Disko Bay, as they were subject to industrial whaling and hunting. However, the whales came back to Disko Bay and I can now find out whether it is the same population that has been hiding, or a different one that migrated here«.

Survival is not the only interesting thing about the bowhead whales, Mikkel tells the University Post: »In early January the bowhead whales start singing, each a different tune. By April all sing the same song. It is their ‘one hit wonder’ which changes every year«.

Although Mikkel was in Greenland to collect data about bowhead whales, he was constantly on the watch for something far more dangerous: Polar bears.

»At the arctic station they joke that two biologists went collecting samples on the ice and got eaten by a polar bear,« Mikkel tells the University Post, »which is why every time my supervisor collected data in the ice I had to stand and scout for polar bears with a gun. Luckily I never had to use it«.

»One day I got very close to seeing a polar bear. My supervisor and I found fresh polar bear tracks and followed them. We were in an open bay area with good visibility, and as long as the bear is more than 700 metres away it is not dangerous. The tracks led us to rocky land, where it was risky to enter, so unfortunately we went home ‘empty sighted’«.

The weather was below minus 30 degrees Celcius, the sea was frozen and snowstorms raged. Despite this Mikkel enjoyed the spring season.

»One of my most memorable moments was the first night. Seeing the vast, white, ice landscape, a snow storm-filled air, northern lights in the sky and whales singing under the ice. Life-affirming!«

»Yes, spring was in full bloom at Disko Bay! The whales were singing for 24-hours a day, attracting mates and grouping together. Sometimes they would sing alone, other times, in duets or choirs«, Mikkel continues, »and the cold was really not that bad with proper clothing«.

Fishing with the locals

The University of Copenhagen Arctic station where Mikkel lived is a big house with modern facilities 800 metres from Qeqertarsuaq. However, he discovered that the local hunting cabins away from the town are much different.

»One day my superior and I went on an expedition to collect samples where we had to stay the night in a hunter’s cabin far from everything«, Mikkel tells us, »that night was very cold as we couldn’t get the temperature higher than zero degrees Celcius inside the cabin. We couldn’t even get water to boil on the oil burner«.

»But I loved it anyways. I come from a fishing family that used to fish in Greenland, and I discovered that the locals had heard of them. The locals were fantastic and welcoming. They took me ice fishing one day. I would love to return some day«.