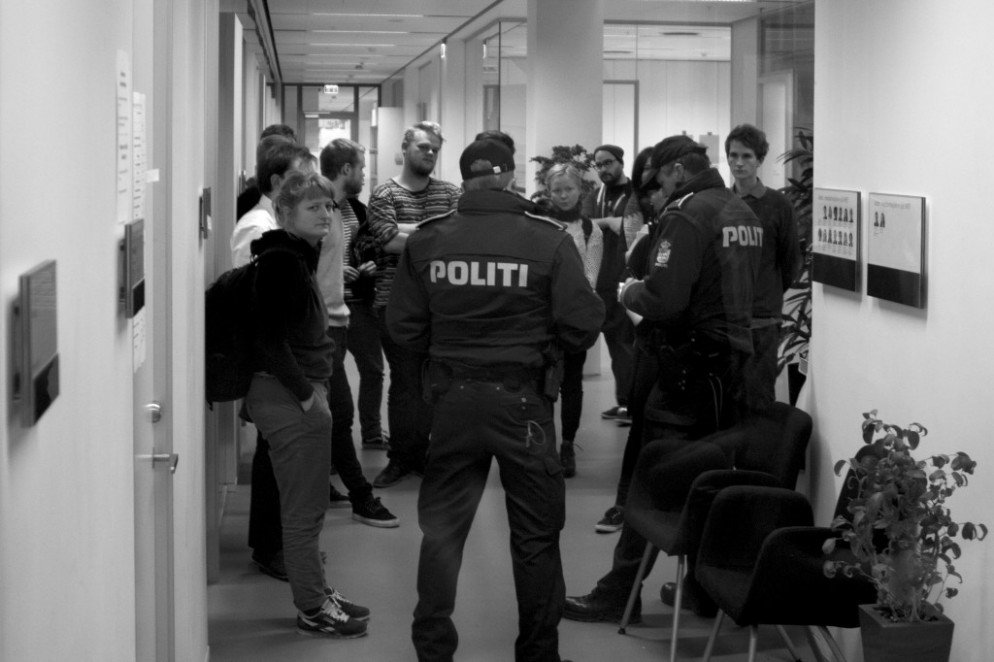 University of Copenhagen administrators have called in the police on Et Andet Universitet, the student activist group that has occupied the Media, Cognition, and Communication department at KUA. But the protesters have so far no intention of leaving

by: Sebastian Zieler and Claus Baggersgaard

Wednesday when Et Andet Universitet (Danish for A Different University) refused to clear the blockade after police orders, police told them they were ‘jeopardising their future’ and threatened with expulsion.

Sofia Luna Steenholdt, spokesperson for Et Andet Universitet, says the group are disappointed with management of the University of Copenhagen’s (UCPH) reaction to their occupation which started Wednesday.

“We are drawing attention to a political problem, and despite the administration sharing our views – opposing the government reforms – they aren’t supporting us.”

No fight, no flight

Kristian Boye Petersen, Faculty Director at KUA, says that they aren’t threatening the students: “I’ve only made them aware of the university’s rules. This means that expulsion is a possibility, but it’s not something that we are eager to do.”

He adds that the university is reacting strongly because the planning of exams is jeopardised if the blockade continues. “I need to keep this ship afloat no matter where my political sympathies lie.”

Sofia Luna Steenholdt says that the Copenhagen part of Et Andet Universitet have no intention of leaving, but do not wish to fight the police.