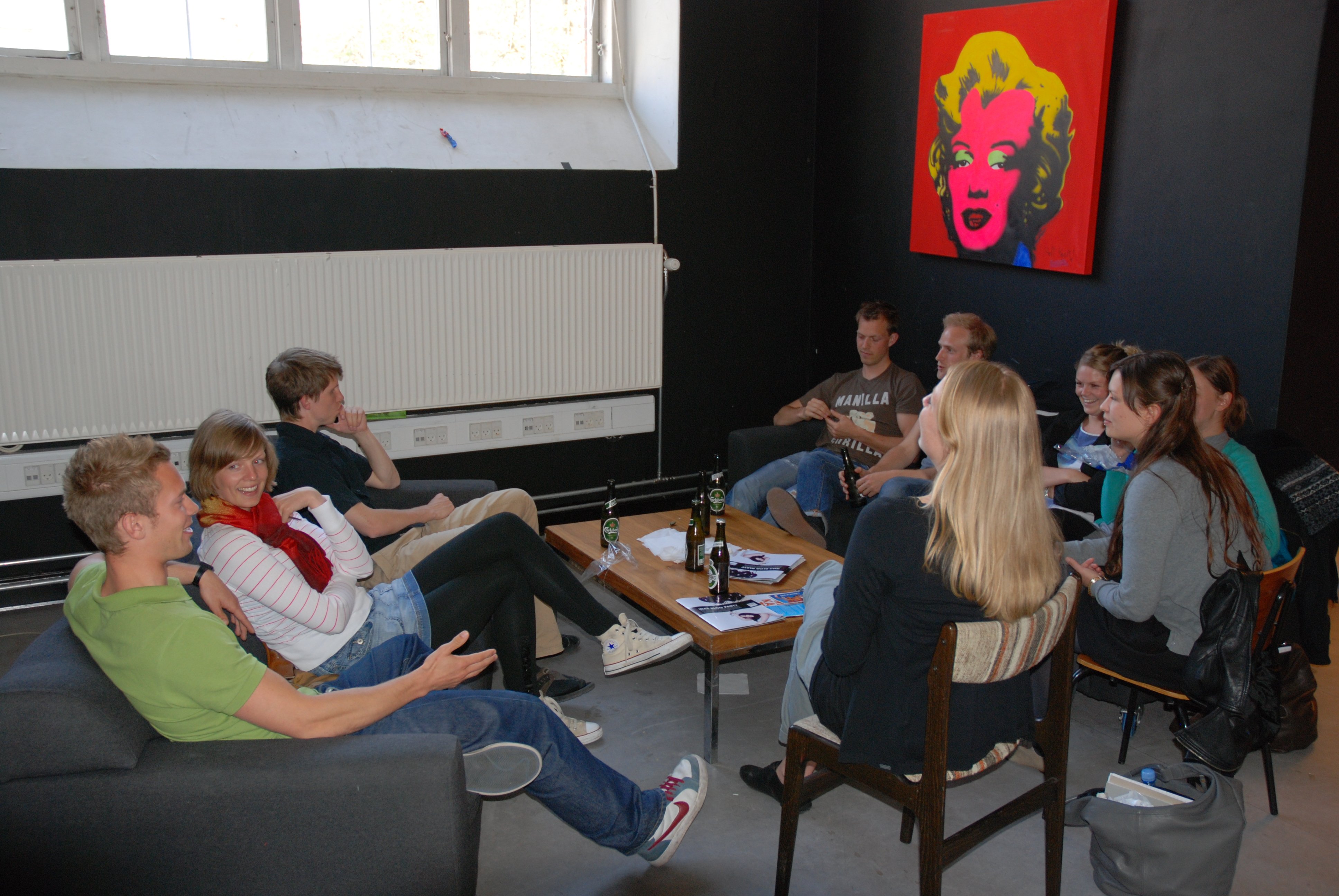 According to many students Café Kommunen helps to unite a department that is dispersed throughout many buildings
image: Magnus Brandt Tingstrøm

The canteen’s exclusive right to sell food and beverages might mean the closing of student run cafés at the Faculty of Social Sciences. Students are furious and demand that the contract be changed

Is it fair that student-run cafés with cheap coffee have to close because the canteen at the same place claims to have a monopoly on coffee sales?

That is the issue at stake at the Center for Health and Society (CSS) where Simply Cooking, the company which owns the canteen, has complained over the students’ cafés.

According to the company, Simply Cooking has an exclusive right to sell food and beverages at CSS and after decreased sales in coffee the company has brought this fact to the Faculty’s attention. In a meeting with students, the Faculty announced that the cafés risk being closed if the problem wasn’t solved.

»This would destroy the student environment. CSS is still relatively new and needs the cafés to create a good and lively university,« says Sebastian Osterwald-Lenum, a member of Café Kommunen’s board.

Jannick Wilsly, production manager for Simply Cooking, believes that the student run cafés’ sale of food and drinks is anti-competitive and adds that in principal Simply Cooking could sue CSS for breach of contract.

Friday bar taken hostage
In the meantime, the big problem at Café Kommunen is the hygiene, says Erwin Koster, production manager for CSS. The CSS Friday bar is held in the same locale as the café and the lack of proper cleaning presents health risks that can no longer be ignored.

This means that the future of the Friday bar was also brought up at the meeting between the parties, something which the students interpret as a threat to make them fall into line.

Law students scour through documents
Erwin Koster denies that the Friday bar is being held as hostage in the dispute. He explains that it is only by coincidence that these two situations are being discussed simultaneously. They are two independent problems, he says-

»That something needs to be done about the Friday bar has been on our agenda for a while and we saw the opportunity in the meeting with the students,« he explains.

At least all the parties agree that it is in everyone’s best interest to resolve the disagreement. For the time being, CSS and the students are awaiting an initiative from Simply Cooking, while the student board has law students scrutinizing the contract between Simply Cooking and the Faculty with a microscope. The fate of the student cafés at CSS remains unclear.