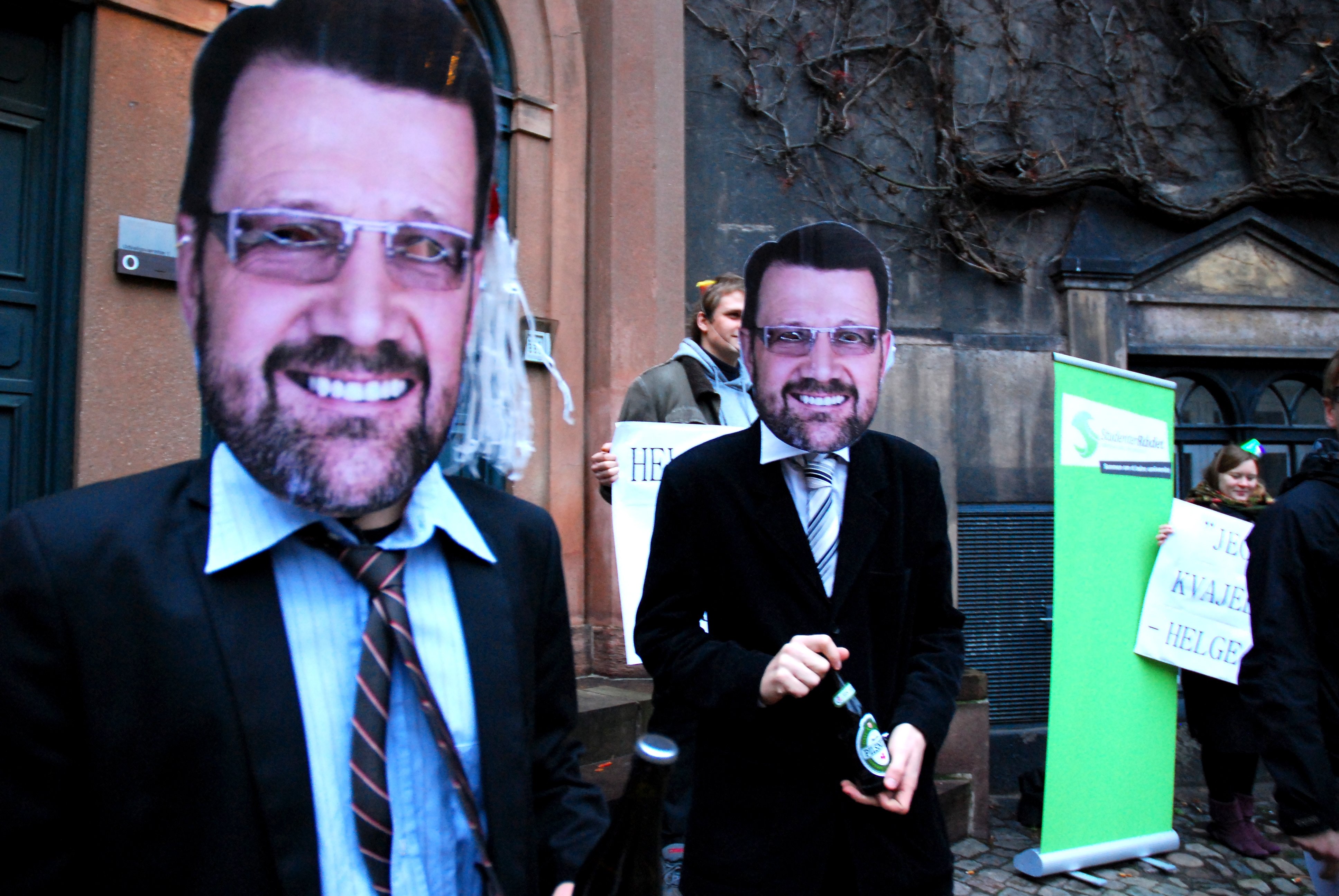 Protesters disguised as Minister of Science Helge Sander handing out beer and blame at university board meeting
image: Christoffer Zieler

Masked protesters, disguised as Danish Minister of Science Helge Sander, heckled university board members this morning before a key meeting on next year’s budget.

The protestors, from the university’s student council, handed out cold bottles of beer to incoming board members who would accept.

They realised, of course, that most board members would prefer a nice cup of coffee to start the day. The beer is the Danish way of signalling that someone has messed up. Badly.
‘Kvajebajer,’ they call it.

They blame the minister for budget deficiencies at the University of Copenhagen (U of C), which have led to the announcement that 130 jobs at the university will be slashed, claiming that Helge Sander’s model of financing the university is at the root of the U of C’s precarious financial situation.

»This is just another example of Helge Sander’s poor prioritising and lack of insight into how universities function,« says vice-chairman of the United Student Council (FSR), Bjarke Rubow.

Helge Sander recently announced in parliamentary question-time that U of C will recieve an extra DKK 60 million next year. However, for Bjarne Rubow, it is not so much the amount, as the way that is is distributed that is open to criticism.

He points out that a large percentage of U of C funding depends on fluctuations in the GDP and therefore dwindles in times of economic crisis. He says that the government distributes funds in the wrong way and that this hits the U of C hard, especially for teaching resources.

»We have seen a downward trend over many years. There are fewer teaching hours, subjects are being closed down all the time. We have seen this in a number of departments,« he says.