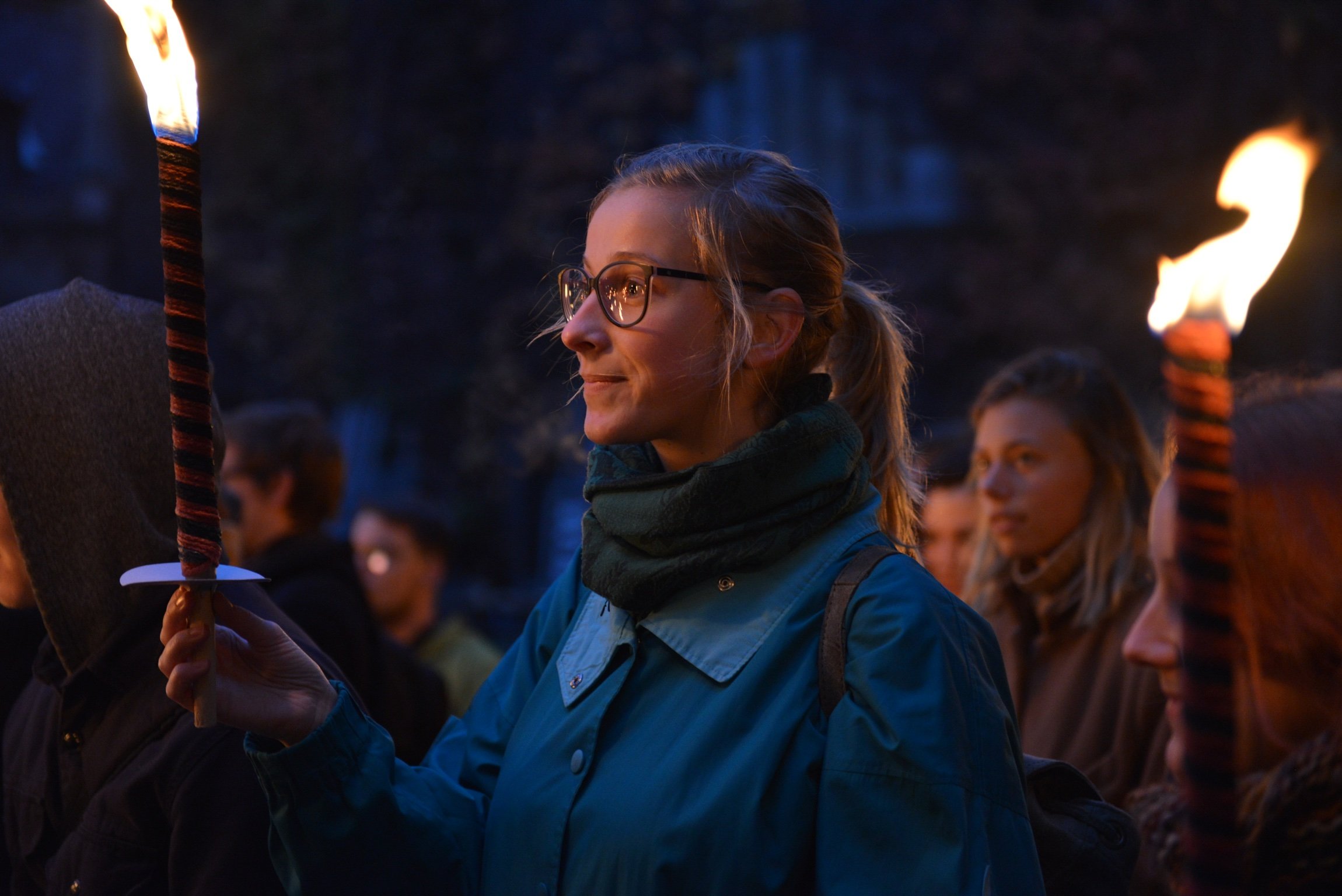 When you get really angry about something, you can always sing
image: Dennis Christiansen

When they are really, REALLY angry, Danish student protesters send up balloons, or sing songs. This stands in stark contrast to students in London, Vienna and Minneapolis, who have been less timid in confronting university policy makers

100-300 students met at the University of Copenhagen’s Humanities faculty earlier this month. They were protesting Danish government plans to cut back on university places. The high point was when Danish students released balloons. A few, the courageous ones, camped overnight.

Meanwhile, 50,000 students took to the streets in London in 2010 to protest tuition fee rises. Thousands of students have camped out at universities in Austria to campaign to protest access restrictions and higher fees. And American student protests winded up at City Hall to confront their state legislature.

In Montreal, Quebec, Canada in 2012 mass protests against rising tuition fees ended in the “biggest act of civil disobedience in Canadian history,” in the Montreal Gazette’s estimation, with thousands of arrests and even emergency laws.

A university was even occupied by the police, note – the police, to monitor the return to class forced by the courts and several arrests were conducted – including that of professors involved in the movement.

Joey Francis has occupied his university, blockaded gates, and braved London police. All in the name of protesting a rise in UK university tuition fees.

In 2010 he and some fellow students spent a week holed up in the central building at Cambridge University. 30-100 people camped on any given night in protest of rising fees. “At one point there were 500-600 students on the lawn.” He adds.

It ended right before Christmas, but “some people did stay across Christmas at a couple universities. It was the most successful occupation I’ve ever participated in.”

“During that time we also did a couple of blockades. We blockaded the admin building and a few people locked themselves to the gates.”

By way of contrast, Danish student protesters recently sang songs in front of the University’s rector building, all in front of the Rector and top management representatives. All were smiling.

In the 2010 leadup to the UK parliamentary vote on fees, Joey participated in mass protests in London, which involved 30,000 – 50,000 participants marching through central London.

“These were the biggest student protests I’ve seen in my lifetime. It was amazing.”

“It was exciting but weird and scary” he says, noting the violence that emerged after some protesters vandalised the Millbank building, which houses the Conservative Party’s headquarters. Windows were smashed and one protester threw a fire extinguisher off the roof.

Joey says the futile feeling that the government wasn’t listening to students probably triggered the event.

“Often during the protest you get a sense that you haven’t really been listened to. I think that’s when things like Millbank happen. People don’t necessarily want to smash things up but when you have this adrenalin and group power but when there is no response, the excess adrenalin can end up channelled destructively.”

Taking on the legislators, one on one

The upped ante in the UK is matched by what goes on in North America.

The University of Minnesota sent busloads of students from its five campuses to the State Legislature to protest the cost of higher education in Minnesota.

Zac Van Cleve attended the protests, which subsequently involved actually talking their case to legislators. “We have a big rally with speeches from students from each school and a few members of the legislature. Since 2010 the Governor has attended and spoken. Then we break up into small groups and go speak to our individual legislators about the importance of affordable higher education.”

The protests inspired political change. “The legislature recently implemented a tuition freeze which made it so the university couldn’t raise tuition for a few years. Unfortunately this is more like a bandaid, lots of students already can’t afford the frozen tuition price.”

The scale of protest is diminishing

Joey, from the UK, attributes the intensity of protests there to the political context. It represented “a wider fight against Thatcherite austerity policies, massive public spending cuts, and privatisation.”

But it’s not just in Denmark that fervour is weak. Joey notices that student enthusiasm has diminished in the UK.

“We took ten coaches of students from Cambridge [in 2010 – ed]. Now there’s a protest going on later this month, Manchester University is sending just two coaches.”

“You can get a sense of how the scale of protest has diminished in the last four years.”

In the meantime, media students are, as we write, going ahead with their occupation at the Department of Film, Media and Cognition at the University of Copenhagen.

There is no risk of anything remotely close to a confrontation happening though.

As Rasmus Madsen, the spokesman from Et andet universitet or ‘another university’ puts it when asked by the University Post.

“We expect that a blockade is the most effective, and we want to avoid violence,” he says.

“We are not interested in fighting anyone or destroying any physical inventory, so in this way, yes we are a milder group,” Rasmus Madsen says.

But if the blockade doesn’t work, he adds, they don’t know what they will do.