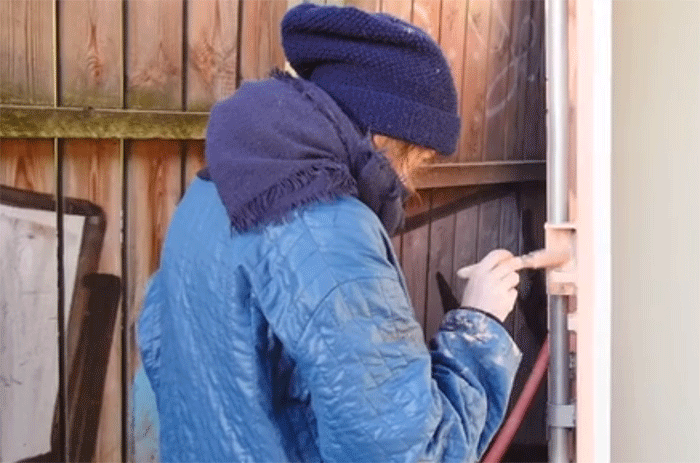 Libraries will be places where residents and volunteers can come together for activities, language projects and events, says former University of Copenhagen student

Refugees and local volunteers are now all set to build a library at the Kongelunden asylum centre in Dragør after a student-initiative has helped reach the fundraising target. The library will provide the centre’s residents with a better place to read, practise their Danish and socialise with others.

The centre’s current library had limited space for books, and non-profit group Build A Way is cooperating with the Red Cross to expand.

“They had a small library already, which consisted of one or two small shelves,” says Martin Berg Vilrik, co-founder of Build A Way and European Ethnology graduate.

The Build A Way team hope it will be a place for discovery and exploration, where the centre’s residents and volunteers can come together for various activities, language projects and special events.

“We want it to be a place where other activities can be carried out. We want to make something which is more inviting to hang out in,” says Berg Vilrik.

Books will be supplied to the centre through a book transfer scheme, established last year by another Build A Way co-founder, Tore Qvist, a former CBS student and volunteer at the centre. The scheme provides remainder multi language books from a number of state libraries, schools and the publisher, Egmont.

The upcoming venture is a collaboration between volunteer organisation Build A Way and other groups including Foreningen for frivillige arkitektstuderende (FAS), Bureau Detours, Emergency Architects and Human Rights and Q-bond. All of which have agreed to work pro-bono for the purposes of the project.

Other volunteers and residents at the Kongelunden asylum centre are also being enlisted to help the project in any way they can.

“We need people to paint, we need people to hang out…it’s not about being a super carpenter, we always need someone,” says Martin Berg Vilrik, who believes that placing co-creation at the very core of this initiative will ensure that residents and volunteers value the library and feel invested in the space.

Hopes to export to other asylum centres’

The team has used ‘Kickstarter’ to raise funds for building materials and has already reached their target of DKK 20,000, just days before the campaign’s formal deadline on Friday 22 January. The construction of the library is set to commence 30 January and aims to finish by 7 February.

The Build A Way team hope to extend the scope of the project beyond the grounds of the Kongelunden asylum centre, using this library as a model for other asylum centres across the country.

“We can then hopefully use these asylum seekers as volunteers to do other projects, because there is a big void of time for people living in these conditions and the waiting is awful,” says Martin.

Build A Way is still fundraising for building materials on Kickstarter. You can view their campaign page here.