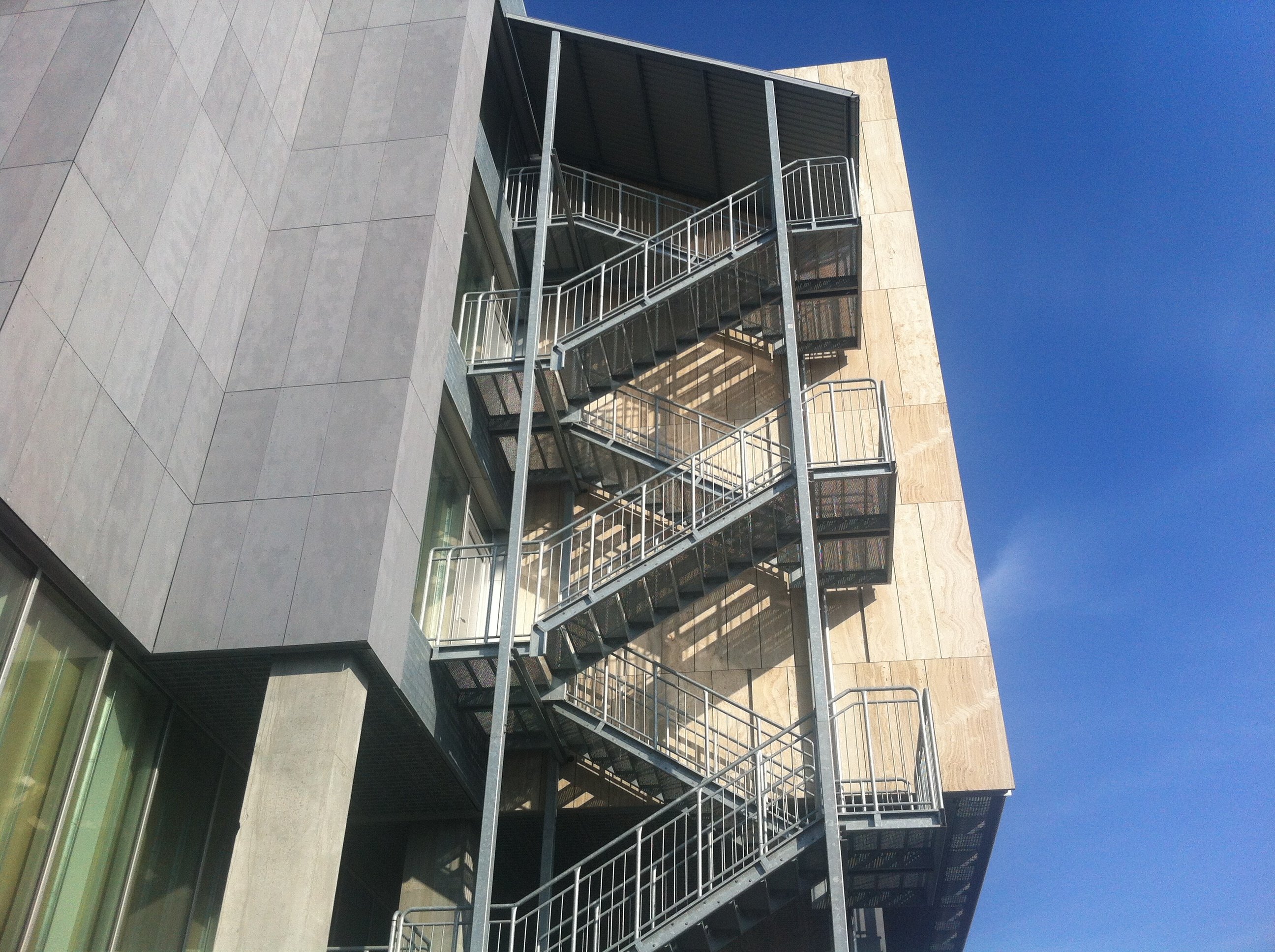 Corner of KUA 2 soon to have its whole surface sliced off, ready to fit into KUA 3 building
image: University Post newsroom

As builders are getting ready to resurface the corner wall of KUA2 to make way for the new KUA3 building, students at the Department of Cross-Cultural and Regional Studies (TORS) are angered by what looks like a temporary loss of library, and the prospect of noise and bad study conditions.

This is according to Bastian Friborg, a student representative on the TORS ‘s department council, and vice-chairman of the department’s study board. Heavy construction work is due to start in weeks.

“We are very unhappy with the whole situation,” he says to the University Post, adding that the plans are afoot to start work in week 42, in the middle of the semester, and to go on throughout the winter during the hectic exam season.

“We have taken it for granted that the attachment of the KUA 3 building was the last thing that would be done, and this comes as a surprise to us,” Bastian Friborg says, adding that he first heard of the plans via the article in the University Post. A staff meeting Wednesday did not involve informing students.

Bastian Friborg says however that department head Ingolf Thuesen has apologised for the oversight, and that the department head himself was first informed Monday, and has been tied up with the repercussions of the construction plans ever since.

The University of Copenhagen leases its buildings from a government institution the Bygningsstyrelsen. And it is apparently this institution, according to Bastian Friborg’s information, that has refused a delay until summer 2015 on the grounds that it would cost an extra DKK 40 million.

In the meantime, students are preparing for the sound of power drills through concrete, the clash of girders, and the din of heavy construction.

According to Bastian Friborg, the department will try to make a deal with workers that they limit the noise in the period 8 until 17. As the plans are now, he says, there will be no library, the so-called ‘videnscenter’ in the period 15 december 2014 to 15 february 2015, and the use of it will be almost impossible outside the 8-17 window during the whole construction period.

Bastian Friborg and his student rep colleagues are right now formulating a complaint to the Faculty of Humanities.