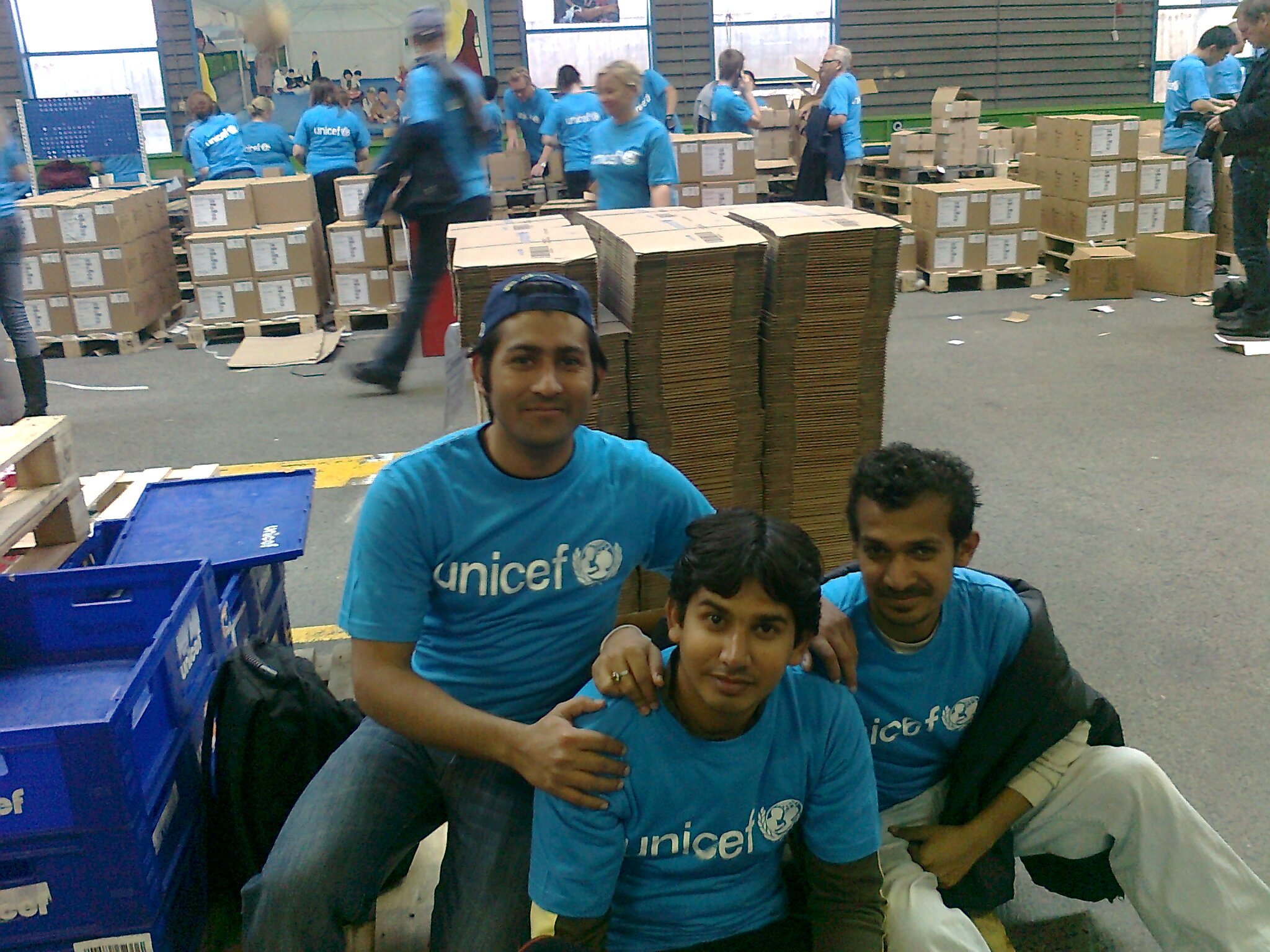 Students from Pakistan were eager to help
image: Madhura Mukhopadhyay

People of all ages came forward to lend a hand. And it was a great success, say organisers of the volunteer event Saturday in aid of those afflicted by the Pakistan flood catastrophe.

UNICEF expects to ship forty thousand health kits for women in Pakistan. Last Saturday, the goal was to pack eleven thousand of such kits. The final statistics will be sent to the volunteers in the coming week, but judging from the turn out, the goal will be achieved.

The first shift started at nine o’clock, followed by a coffee break an hour later. UNICEF served lunch for the volunteers at noon, just before the second shifted started.

»All contributions to UNICEF are a hundred percent voluntary,« explained UNICEF officers, during the quick tour of warehouse which started up our day.

The University Post received a pat on the back when UNICEF officers described a sudden increase in the number of volunteers following our coverage prior to the event Thursday.