Students: University should pull out of Israel 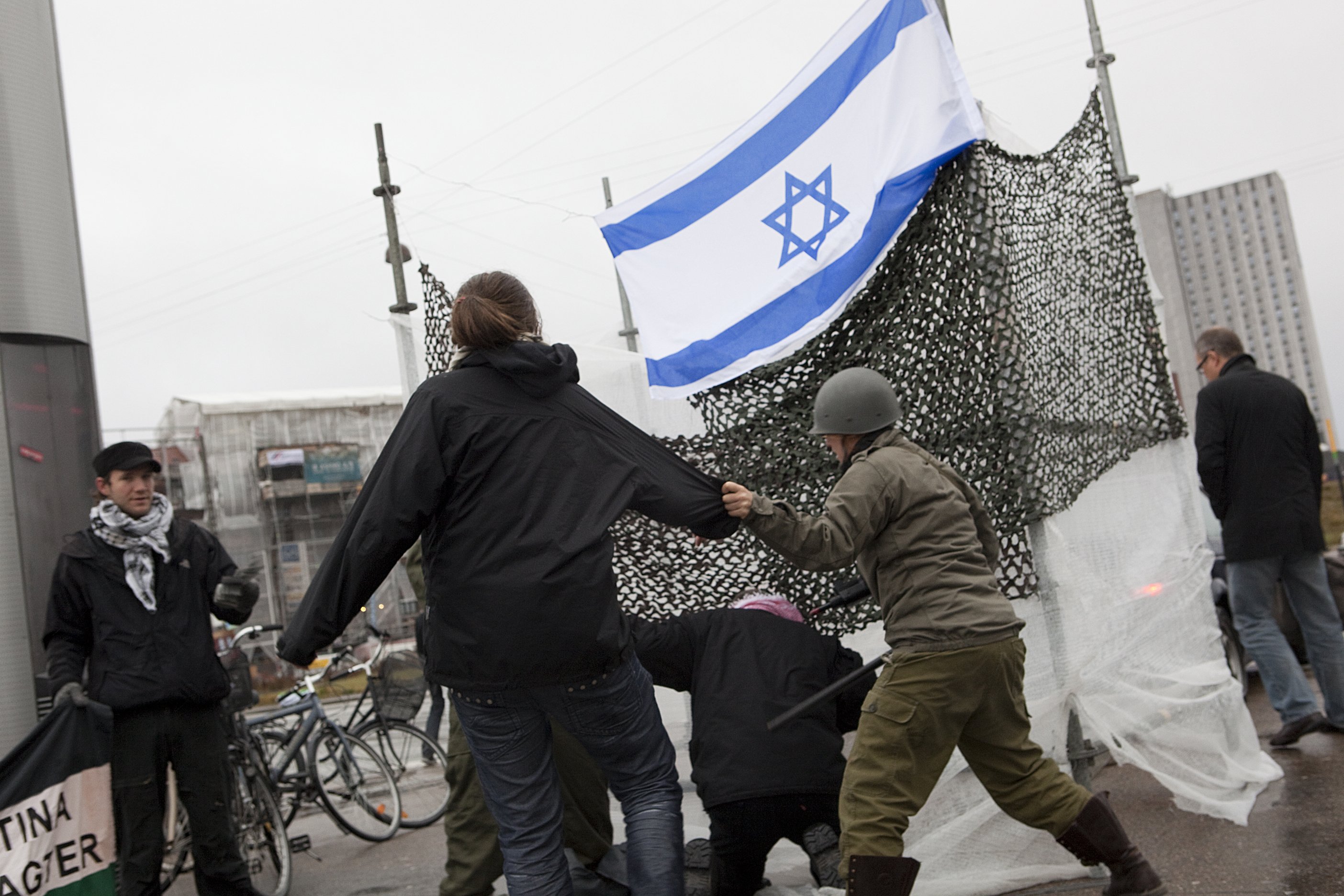 BOYCOTT? – The University of Copenhagen cooperates with the university in Tel Aviv, and is thereby indirectly supporting Israel’s encroachment on the Palestinians. So say some students, who treated other Copenhagen students to a taste of Israeli-inspired harassment last week

Most people are granted passage once they have presented their ID, only a few are bullied as they pass, but an older man wearing a Palestinian-style ‘partisan-scarf’ sets the soldiers off.

They shout at him, and force him to his knees on the cold asphalt with his head against a wall. A girl walking by watches and is angrily forced to show her ID. She does so; visibly scared until the soldiers drop the play acting, and – smiling – tell her that they are just acting.

A handful of activists from the Palestinian Peace Guards have set up a checkpoint for University of Copenhagen (U of C) students on Islands Brygge, »to demonstrate how an Israeli checkpoint works, and how Palestinians are stopped and checked on their way to work or school,« they explain.

»U of C should reconsider their cooperation«

The U of C indirectly supports Israel’s occupation of Palestine and their army’s constant violation of Palestinian rights through its work with Tel Aviv University including its student exchange programs. This is at least according to spokesperson Ida Marie Rump, who studies Arabic at the University of Copenhagen.

»Tel Aviv is mixed up with the Israel Defence Forces, and have a long-standing tradition of involving itself in military work,« she says.

»Everyone picks a side«

While we speak, the street theatre continues, and a lanky guy in a suit takes a couple of pictures with an antique-looking camera.

»He is definitely a Zionist, that one,« the activists mumble to one another, demonstrating – should we have forgotten – that the animosity between Israel and Palestine stretches a long way from home.

For that very same reason, the University of Copenhagen would call down a storm upon itself, should it choose to boycott Israel.

So is it not a bad idea to make politics out of the university’s involvement in this way? Should the university also boycott Chinese universities, because China suppresses the Uyghur and has annexed Tibet?

»I don’t know so much about China, but in principal, yes, though financial pressure makes more sense against Israel, who rely more on external funding. Aside from this, we have committed to this boycott because the Palestinians asked us to,« says Rump.

In an open letter to the University of Trondheim, three Palestinian student organisations write about ethnic Arabs living in Israel, who are prevented from studying at the most prestigious faculties at the Israeli universities.

It’s also about academic freedom, concludes Ida Marie Rump, who together with the other activists are continuing their demonstrations for the rest of the week, as a part of the so-called Pull Down The Wall action week.