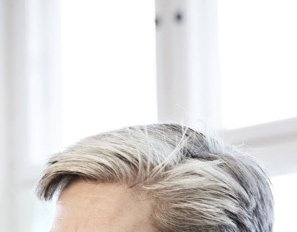 Statistik — Political science students are fond of the hairstyle of Minister for Education Søren Pind, economics students steal most bikes, and sociologists are those that most often wear their socks in bed. Read the results from the 'CSS survey 2017'.

Economics students steal the most bikes, most students would prefer to be a passion fruit, and 76 per cent of sociology students have written a poem.

Some of the findings from the ‘CSS survey 2017′, a questionnaire that – tongue in cheek – examines prejudices and emotions of students at the CSS campus.

Socialists usually have boyfriends. Conservatives the most seldom.

Behind the CSS survey are Tobias Schjødt Kjær and Blanca Josefine Pérez Schjødt, who are students of sociology and anthropology respectively. Their questionnaire came about over two bottles of wine. It has since then had , revealing fun, crazy and awkward correlations.

The survey includes findings that:

• Students who believe in extra-terrestrial life are more likely to have a boyfriend than those who do not.
• People who steal bikes have more sex partners than people who just take their own bike home from the Friday bar.
• And political science students are those that most like the Minister for Education Søren Pind’s hairstyle

As for the latter, men can better like the Pind hairstyle than women. And right-wing CSS students prefer the Liberal Party Minister for Research and Education than their left-wing study mates.

Other noteworthy responses from the CSS survey:

• One sixth of students have stolen a bicycle (and the economics students are the biggest bike thieves)
• Twice as many men as women would like to be a banana – if they were a fruit of course.
• More students would prefer to be best friends with Crown Prince Frederik than American rapper Kanye West or Danish television presenter Søren Ryge.

Blanca Schjødt and Tobias Kjær also asked students about their private and sexual habits. Social science students generally have a high self esteem (either that or they are just a bunch of uncommonly beautiful young people): 43 per cent of students reckon they are even better looking than average, while only 9 per cent think they are less good looking.

The male students reckon that they have tried more things in sex than their fellow female students reckon. 17 per cent of economics students have been in doubt about their sexual orientation. The figure for almost all other study programmes is over 30 per cent.

Students of political science and economics like the social liberal politician Morten Østergaard. In both study programmes, the Social Liberal Party is the largest party.

Twice as many men as women would like to be a banana - if they were a fruit of course.

Not all survey results fall into the fun and games category. The survey also shows that 42 per cent of students have cried within the past week and 71 per cent within the past month. This was one of  that made the most impression on the two students behind the study.

“To me, one of the results that stand out is that so many have cried recently. I would like to use this number for a small campaign to take care of each other and to keep in mind that you are not alone in your time of struggle,” says Blanca Schjødt. You can read the survey results here.