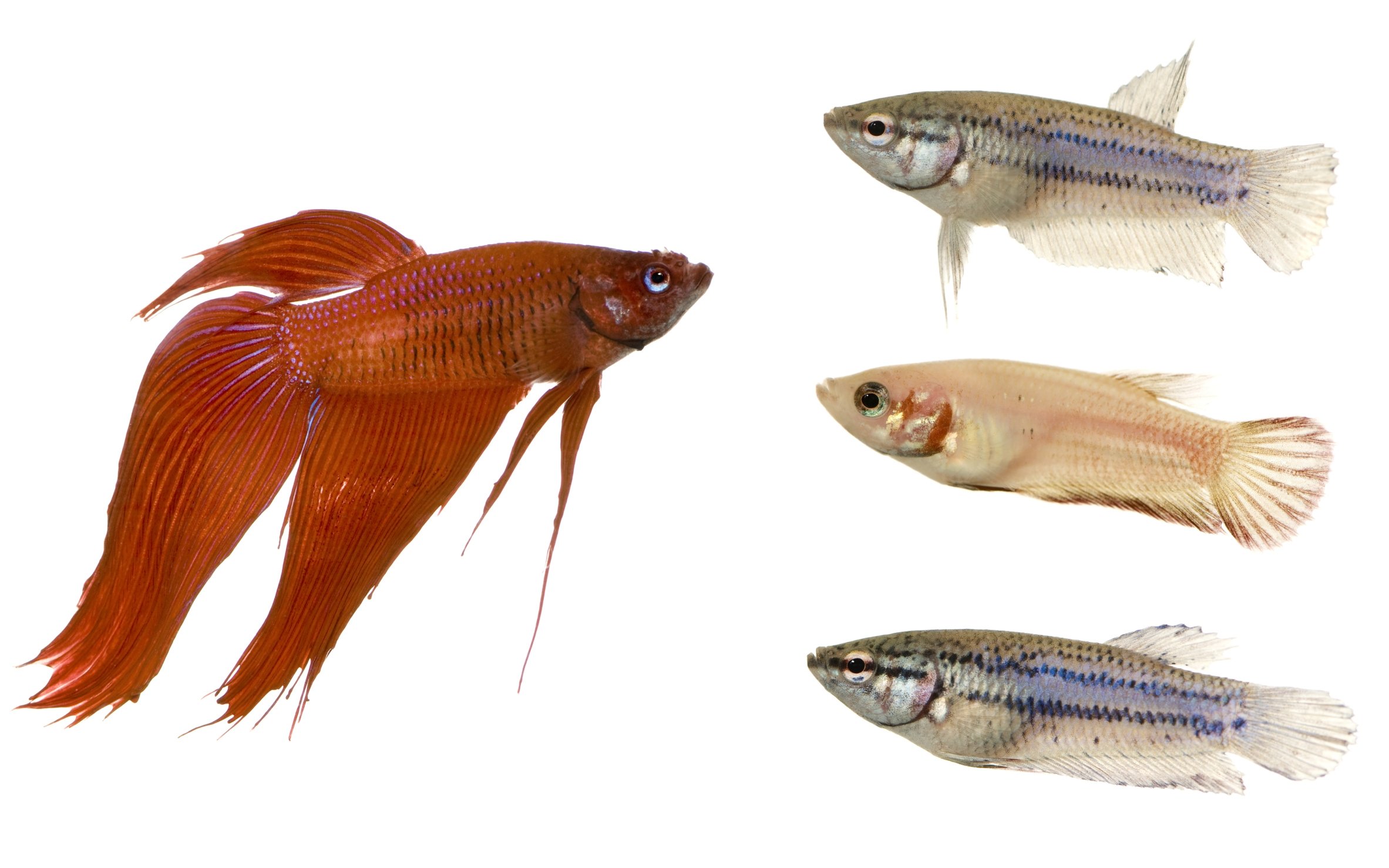 Don't mess with the Siamese fighting fish. There's a good reason for its name. Here, one male comes face to face with 3 females of the same species
image: Photos.com

Animals can have personalities. Bad personalities. A new University of Copenhagen study reveals definite variations in the behaviour from one Siamese fighting fish to another, and makes it personal

As we continue to discover that more and more animals have personalities, we are also forced to face the fact that there are some animals we really don’t want to get to know on a personal level: A recent University of Copenhagen study suggests that the aptly named Siamese fighting fish may have distinct personalities.

This is according to the online news source, NewScientist.

Male Siamese fighting fish are notoriously aggressive. So much so that their fights are the subject of organised gambling. Their fighting styles vary. Some of them will unleash a torrent of fury, mercilessly pounding and tearing at their opponent until victory is theirs. Others will observe their opponent, waiting for a sign of weakness before taking action.

Their battles are well considered – as well as being subject to hierarchical rules, the fish will note if an opponent has been weakened by a recent fight, and attack sooner and harder if that is the case.

A team led by Giuliano Matessi, of the Animal Behaviour Group at the Department of Biology at the University of Copenhagen, have studied the angry fish, and concluded that differences in fighting style reflect differences in personality.

Matessi and his team put individual fish in a series of tanks and noted how different personality types reacted when moved to a new tank, with new neighbours.

The research results indicated that the persistent fish would patrol and posture as they had in their old tank, and greet their new neighbours with bites and tail-punches right off the bat.

Similarly, the sporadic fish still spent their time observing their neighbours, considering their chances before greeting the neighbours in a similar fashion to that of the persistent fish, only rendered slightly more aggressive from the move.