Taking a risk to save the oceans 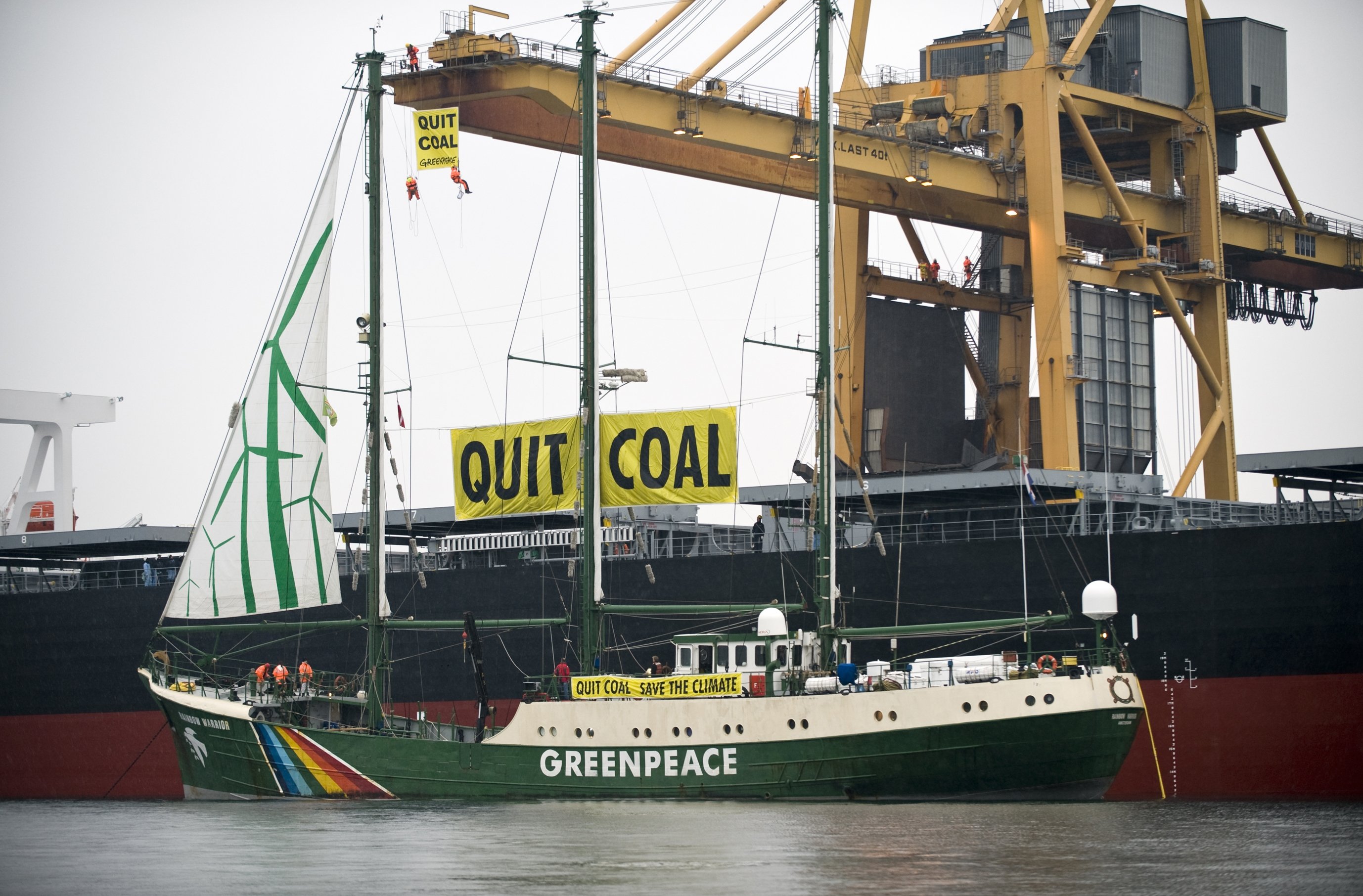 University of Copenhagen student Helene Hansen is the person on the left, hanging below the smaller banner at the top which also says 'quit coal'. This is from an action in Aabenraa, Denmark in 2008.
image: Courtesy of Helene Hansen, Greenpeace Denmark

Greenpeace activist says people should stop complaining from the couch

She is a University of Copenhagen student of rhetoric, and she is willing to hang a hundred metres up in the air from a shipbuilding crane to save the world.

Helene Hansen has done loads of deskwork, and lobbying on the part of Greenpeace for the last five years. She has taken part in actions against coal, and to save the oceans ecosystems from toxic chemicals.

»My activism runs the risk of ruining my good reputation, but I’ll continue to take the risk because this is something I believe in. If there is something wrong with the world, and I think I can say there is, then I feel a responsibility and a duty to contribute to the solution«, she says.

»For me, it is important not to be one of those pointing fingers from the couch. Complaining alone will not help us«, she says.

Greenpeace tries to provide solutions to problems, and back their statements and arguments with scientific research, she says.

»Greenpeace is often misunderstood, which is to blame on the media mainly. Scientific long reports are not ‘sexy’ material for breaking stories. Activism, demonstrations and arrests however, are just what the media wants«.

Greenpeace is facts and research

The University Post of course is guilty as charged, choosing to show her own picture of herself hanging from a crane.

Only five per cent of Greenpeace’s budget is used for activism, but most of the media coverage on Greenpeace covers demonstrations and activism.

»Much of the budget is spent on research and also political lobbyism, and we are always backed by solid facts and research. It is important to understand that Greenpeace is much more than the activism part, but this is the part that attracts attention«.

Working for a good cause – achieving results

Helene is interested in the ocean’s ecosystem. It is the largest one we have, she says, and it is now threatened in different ways, for example overfishing.

»It is clear that the official system doesn’t work as it is supposed to. We received anonymous phone calls from desperate people who had tried to reach out to the government and police to tip them off, with no results. We were their last hope«.

By joining Greenpeace, Helene feels that she can be a part of something bigger.

»As a private person, I also do all of the small things, like buying organic food, turning off the lights and not wasting the water.«

»But Greenpeace is a large organization with a lot of resources. What I love about Greenpeace, is that we achieve results, what we do actually matters.«

Focus on the small things

Words of advice for students interested in being involved?

»Students should focus on all the small things, every little piece of the puzzle matters and together we can do great things,« she says.

She welcomes more volunteers into Greenpeace emphasizing that you don’t have to join demonstrations and be chained to things in order to volunteer. There are also many volunteers working with a lot of different issues, she says.