Taking a splash as a nudist 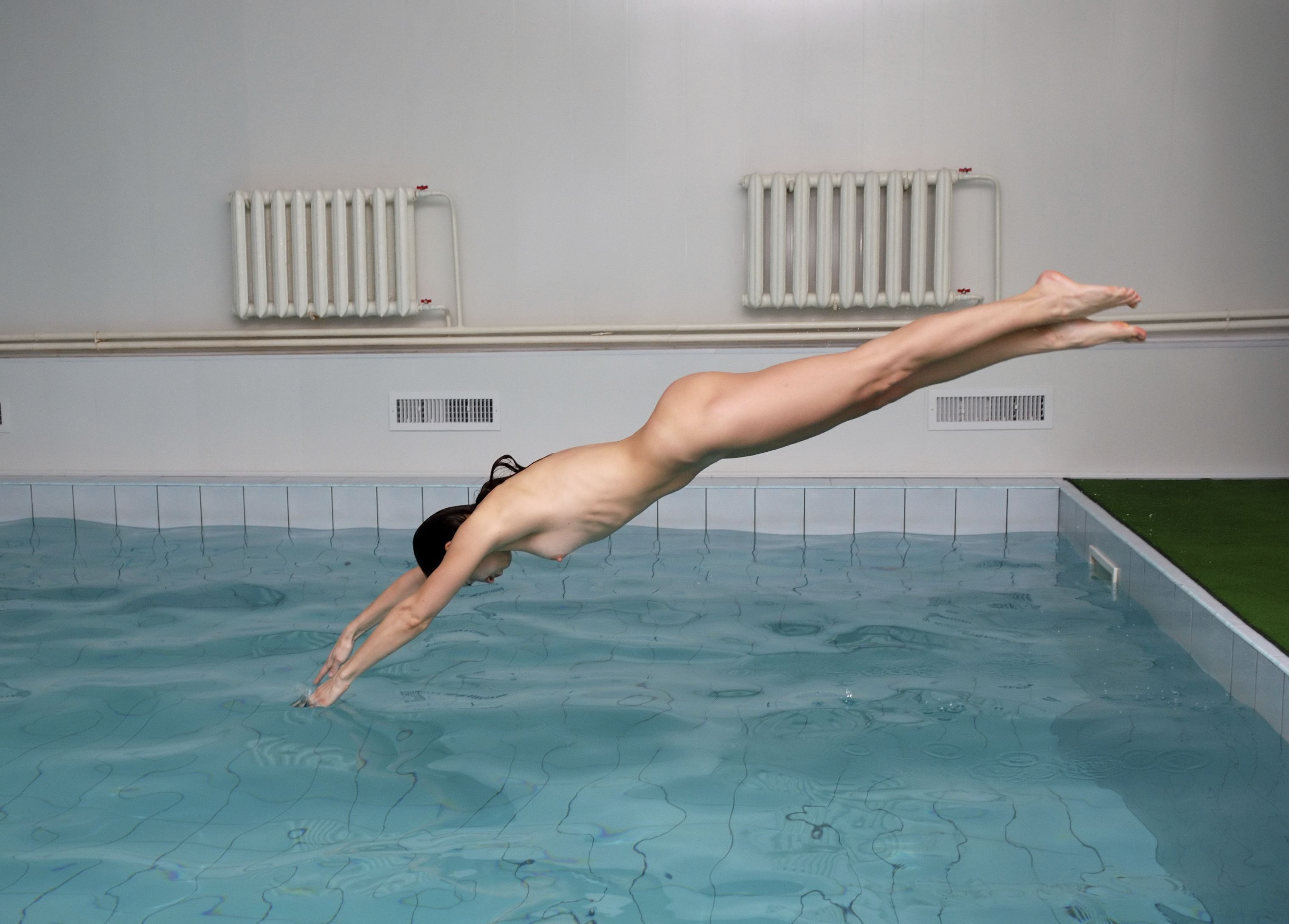 This could have been the author of this article, but it is a model
image: Photos.com

Flyers from a naturist association are appearing on notice boards all over the University of Copenhagen. But is skinny dipping something for students? Our reporter investigated ... in the nude

Noticeboards at UCPH are full of good and bad offers: travel, jobs, books, therapy etc. But one stands out with its promises of improved self-worth, happiness, self-awareness and social life, the Danish Naturist Association suggests going for a skinny dip. Now that has to be put to the test!

When Frederiksberg Swimming Baths closes, Sunday evening, the Danish Naturist Association is set loose. Every week, they have nude swimming on offer and everyone is invited. They only have one rule; no clothing is allowed.

»You can’t tell the difference between people here, and that makes for an entirely different forum in which to talk to each other. You end up looking at personalities,« says Helle, one of the people behind the initiative. I meet her in the mens’ changing room, which houses both genders for the occasion.

Naked, nervous and groping for answers

The place is full of people of all shapes and sizes. Next to me stands a small, perfectly round, couple. A wrinkly bum walks by. Large and small breasts, large and small penises, thighs and stomachs. I try to keep my wandering eyes at eye level, but I don’t really succeed. I have never seen so many naked people, and in a moment, I will join the ranks of the naked.

When the door to the pool opens, my nerves set in. Flashback to my school days: The laughter as my classmate Bo absent-mindedly waltzed into the pool from the changing rooms, starkers. He ran home, crying, and was aptly dubbed Little Bo from then on.

I fear a similar fate, but to my great relief no one really notices me. Actually, people are preoccupied with all sorts of other things – some are there to exercise, but most are spending their time above the water, having coffee and cake.

Everyone talks to everyone

»Sometimes it’s so nice to chat, you end up never actually swimming,« says Helle, and presents me to Laila, who, like Helle, is active within the association. For her, naturism is a lifestyle that allows her to be herself.

»You can’t see who’s a garbage man and who’s a CEO. Underneath it all, we’re the same, so everybody is equal here,« she says, while we eat cookies. I look around – and agree.

»You’re never scared to approach anyone and say hi because they’re too smart or rich. You just talk to everybody.« And there’s plenty of talk – I’m bombarded with naked smiles and hellos.

In the big, blue, pool, a number of butts are splashing about. When observed from above, they look pretty and brown, None are as pale as mine, but then they’re probably exposed to more light and air.

I hop in and swim a bit. Suddenly there’s water where before there was none. Feels funny in a way that’s difficult to describe, but is actually quite liberating. I have promised myself to do five laps – I end up doing 28, and rush to make the sauna social at 17.30.

In the sauna, I sit between two men: Kjeld, who thinks I should join in a nude petanque tournament this summer, and a quiet guy, who doesn’t introduce himself. We sit so close to each other that their body-hair tickles my arms and legs. That wouldn’t fly on the bus on the way here, but now it doesn’t matter at all. My eyes don’t wander so much now either. I am not reminded of my own nakedness until a member of the pool staff enters, clothed. In the midst of all this cosiness, I had forgotten. Open-mindedness comes quicker than expected.

When I’m back in the changing room, Laila gives me her phone number, a load of brochures and a gift card. It’s for a weekend stay at a campsite for naturists, not one of your usual »textile campsites«, as she calls them. I thank her and blurt out »See you next Sunday.«

I wonder if I mean it. I think I do, actually.