Taking exams at the Comics Convention 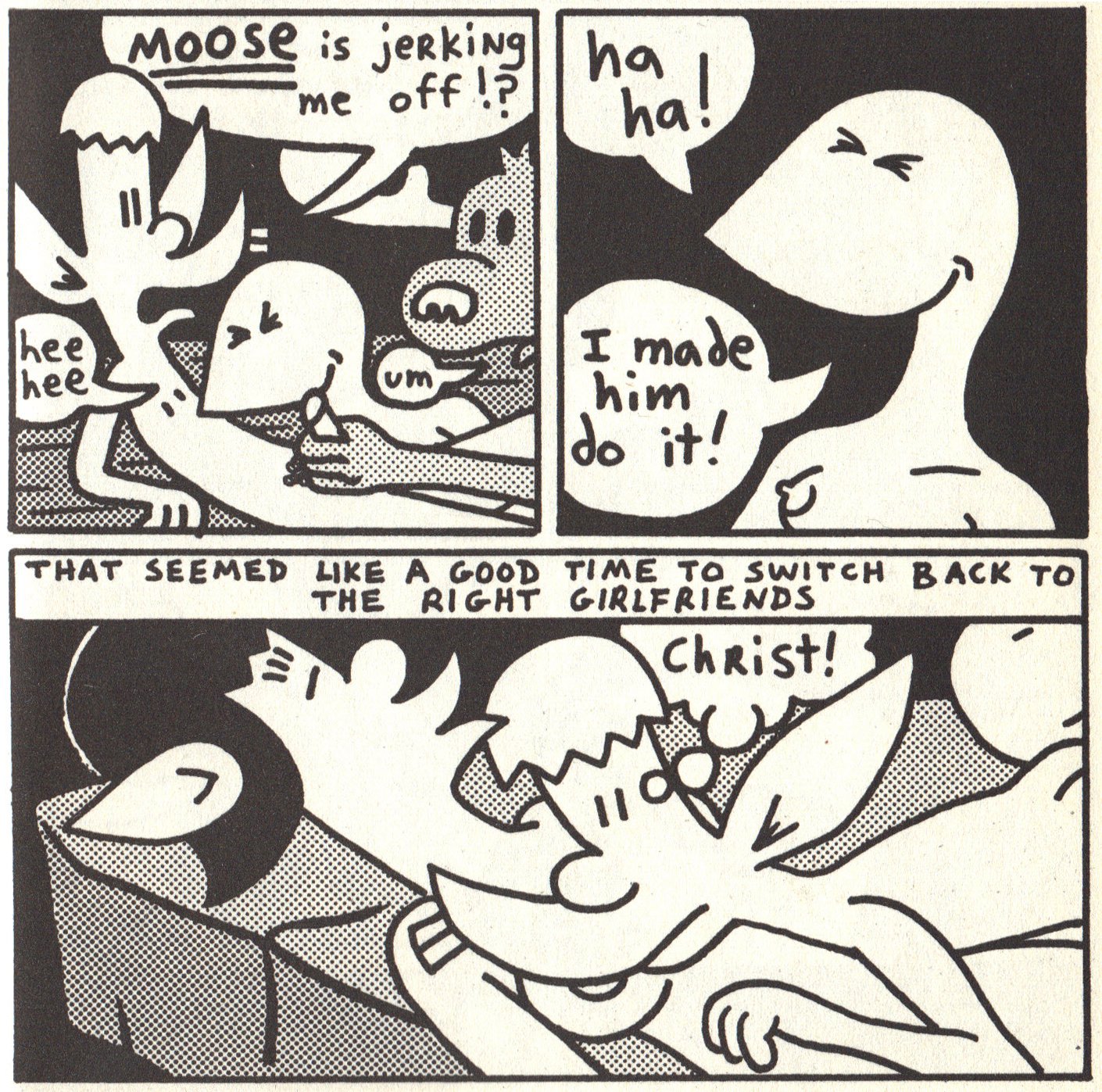 Why give students grades in a boring classroom when you can haul your arts class to a comics convention and turn the whole thing into a public spectacle?

If you combine the sweet and the sinister you will probably end up creating something disturbing.

Students of comics, Ida Kathrine Hammeleff Jørgensen, Johannes Randrop Keiding and Bibi Eik Bergfjord have spent their time at the Department of Arts and Cultural Studies exploring this ambiguous place between cute and the dark places of the soul. Because comics seems to be the medium that allows such mixed signals to be expressed most clearly.

The term, they explain, is cute brût.

Their audience today is a congress hall brimming with comics enthusiasts, artists and publishers.People in the know. Some of them drop in to watch and listen to the exams that are held in an area to one side, crammed in between a lecture on the great American graphic novel and a master class in drawing manga.

Ida, Johannes and Bibi have pondered the question of what exactly it is in the above-mentioned combination of the cute, the cuddly and the raw that is so gratifyingly grating to the reader. And the outcome of this is a device, a literary model that may be used to determine to what extent something is cute brût.

They use their model to analyze a story in which a cuddly little animal has its eyes gouged out when it runs into a thorn bush.

18 students deliver presentations at the convention based on a reading of comics and a dense layer of appropriate theory.

Their course, led by comics expert and PHD student Rikke Cortsen, is the first of its kind at the University of Copenhagen. The students manage to keep it all admirably cool and simple.

Marianne Ping Huang, the department head, is sitting in on all the presentations; well, she has to, she will be grading them.And she likes what she is seeing and hearing.

Come exams, the Arts Department makes a point of dragging its students out into the real world to perform.

»We like to give the students a reality check,« she says. »I taught literature at Aarhus University and we used to say that in order to get the top grade the student had to deliver something that was print-ready, that is, something one might pour directly into an arts journal. That was the starting point, and then we took it from there.«

She then rushes away to find a sound guy to turn down the German-accented mumbling that emanates from a conference area next door.

On the other side, behind a flimsy partition, the holy trinity of American comics, Dan Clowes, Chris Ware and Charles Burns, hold court. They’re a big deal. It’s like having Francis Ford Coppola listening in when you present your essay on The Godfather.