Teams pull up their socks for DHL relay dash 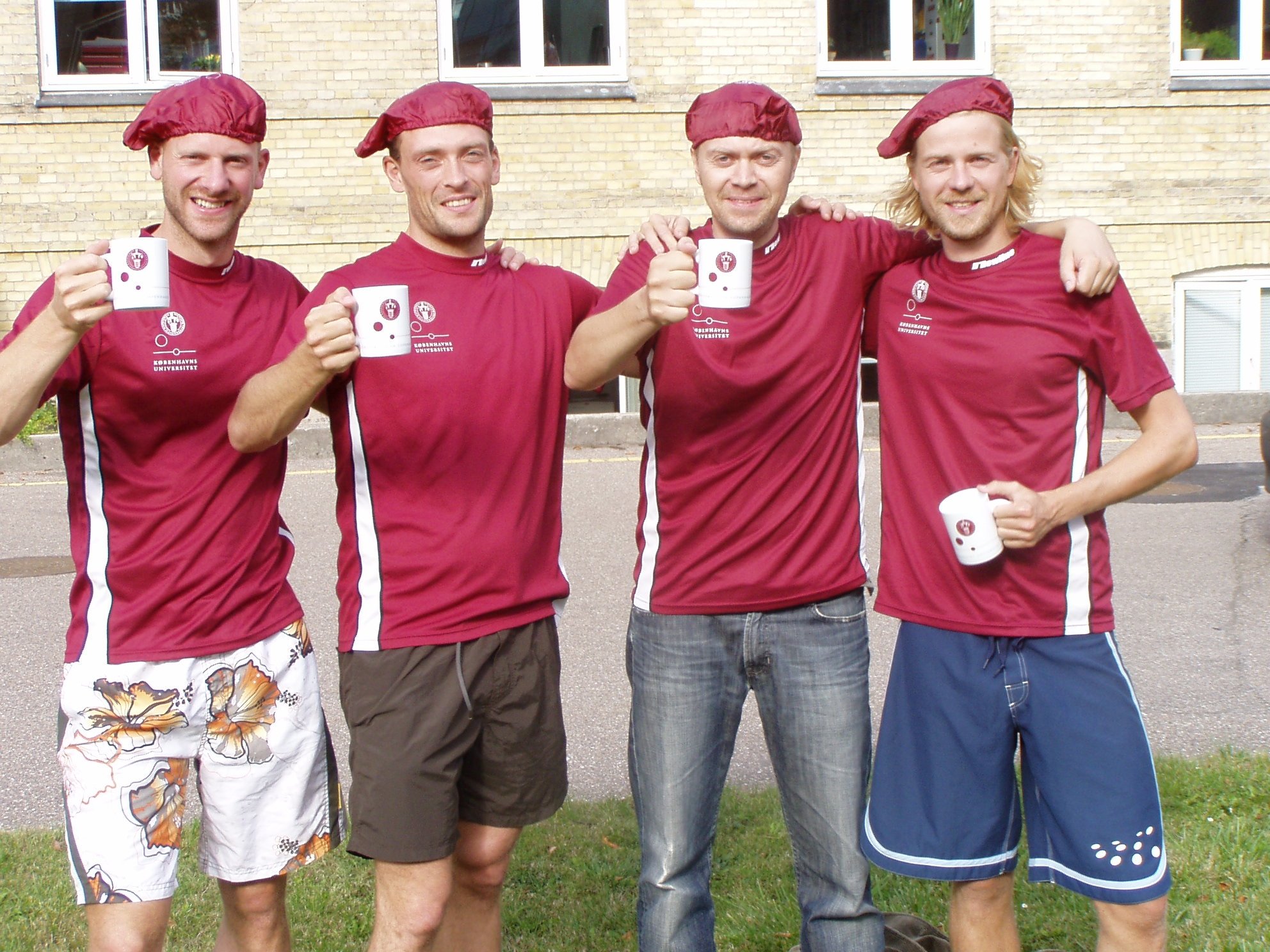 The team from the Institute of Food and Economics (FOI) admit that they got 'a runner' last year and that they were NOT the fastest university team. This year will be different, they say
image: FOI

Physicists and life scientists are fired up after their controversial showdown in 2009. But other teams will not let them just run away with it. Read the University Post guide to the fastest university teams this year

Last year’s number two team on the University of Copenhagen ranking has everything to prove after it had its victory stolen from it in 2009. ‘Black Saturns’ of the Niels Bohr Institute will turn up this year as ‘The Tachyons’, with four out of five runners the same.

Team leader Kim Splittorff of The Tachyons says that the replacement team member is »just as strong as the guy who left. We are just as fast as last year. We all train regularly, including some of us together in the high energy physics group,« he says.

Faster than the speed of light

Kim Splittorff himself is good for 16 minutes for five kilometres, though the tough DHL conditions, with loads of slower runners blocking the route and the winding grill-smoked narrow run-in over the last two kilometres, normally adding up to a minute to finish times.

»I myself like to run fast, and even though the point of the race is to have fun, we all run as fast as we can,« he says with obvious understatement.

The Tachyons is named after a hypothetical sub-atomic particle that moves faster than light. They may have to do just that.

Certainly if they are to keep a team from the Institute of Food and Resource Economics, FOI 1, behind them. Although the food economists’ first place result was a fluke, the team was still second fastest, with an average of just over 20 minutes for each runner.

This year the team has been reinforced by two new replacements, and they are considered to be just as strong as last year.

»We are all impassioned sportsmen: Some play football, I myself do a lot of underwater rugby, but we all run regularly,« Mads Boesen of the FOI 1 team says.

Top track teams at the top

At the absolute summit of the overall DHL relay rankings are a group of specialist club-level track teams. No university team has so far been able to compete with these.

»We cannot win the DHL relay overall, but our ambition is to win among the university teams,« Mads says.

Other teams to watch this year include teams from the Niels Bohr Institute like last year’s ‘Baby Joggers’ which this year is ‘Diffusiv Transport’. They were number three in the university contest last year.

Only three days a week

»Last year we had three on the team that had just become fathers, and so we are more hopeful this year, as our runners have had more time to train,« says Jesper Nygård, a nanophysics lecturer, adding that they aim for a 20-minute average for the twisty, queue-stuck and narrow route.

He himself only runs three times a week. For most trained athletes, a ridiculously low level of training.

»It is almost embarrassing to admit it in front of the other team members and other teams. But we have other runners on the team that train harder and run faster,« he says.

Longer odds are on a follow-up to the team ‘Xlab’ from the Department of Biomedical Sciences of the Faculty of Health, which in 2009 was only 40 seconds from a University of Copenhagen podium spot.

Now they will be called Systembiologisk Forskning 1 and consider themselves one of the favourites for this year’s race.

We are interested to hear about it if you think your team could be at the top of the University of Copenhagen rankings, or if your team has any other claim to fame. Write to: miy@adm.ku.dk or comment below.