The big quantum gamble at the University of Copenhagen 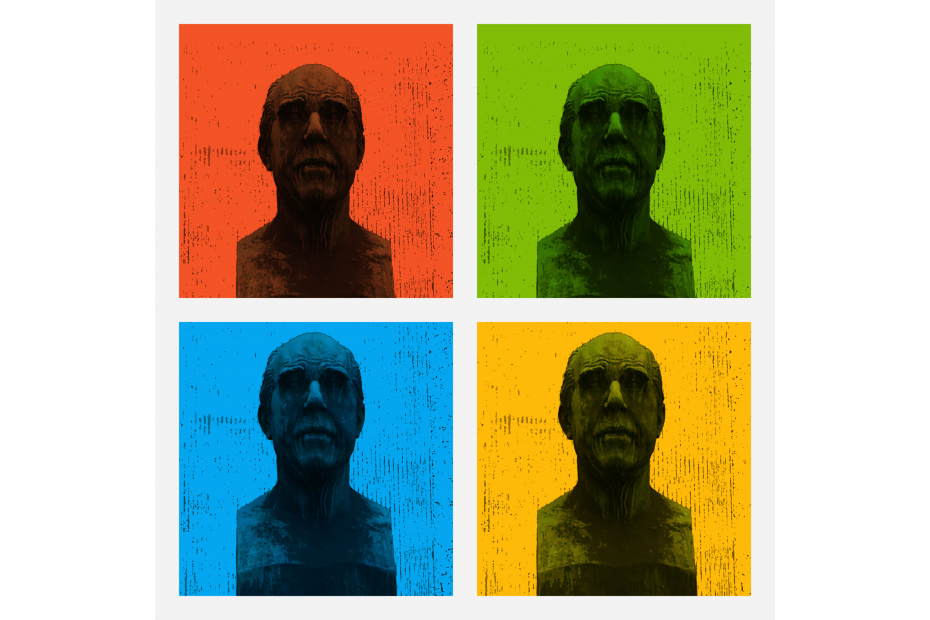 QUBITS - Microsoft wants a quantum computer. The University of Copenhagen wants a Nobel Prize (it has been 40 years since it last happened). So Microsoft is now moving into the university to build a groundbreaking new computer based on fundamental research from physicists.

It caused quite a stir when the Niels Bohr Institute (NBI) announced in November that their Center for Quantum Devices – headed by Professor Charles Marcus – was working with Microsoft to build the world’s first quantum computer.

The story of an impending quantum computer breakthrough caught the news media’s interest. But the way that the University and the IT giant is collaborating is also novel, says Head of the Niels Bohr Institute Robert Feidenhans’l.

Microsoft will, in fact, move directly into the University of Copenhagen and build a new Microsoft lab at NBI, paid by Microsoft.

»We are doing something new. People will be working next to each other. You should not be able to see who is employed by UCPH and who is working for Microsoft,« says Robert Feidenhans’l.

Uni-researchers working next door to the IT industry

University of Copenhagen has for a long time upheld close relationships with business. The university’s Board of Executives includes representatives of the pharmaceutical industry (Novo Nordisk), the oil industry (Maersk Oil), and for many years agriculture.

»We are doing something new. People will be working next to each other. You should not be able to see who is employed by UCPH and who is working for Microsoft.« – Robert Feidenhans’l, Head of Department at NBI

These industries all invest heavily, directly or indirectly, in university research. But the interaction with industry in the current collaboration projects are indirect – the Novo Nordisk Foundation supports basic research in metabolism for example – there are plans for Microsoft to move onto the campus itself. And there are good reasons for this, according to department head Robert Feidenhans’l:

»The Niels Bohr Institute does basic research, and it is therefore not natural for us to scale up in technology. We need to, for example, hire 20 to 30 engineers for this project. A Microsoft lab will be set up at NBI, which Microsoft pays in full.«

Prorector at the University of Copenhagen Thomas Bjørnholm also welcomes businesses to campus:

»It’s a dream come true that big companies are so attracted to the University of Copenhagen, that they actually start doing their development in this city,« he says. »We welcome company research labs on campus.«

Distribution of rights still not certain

The close collaboration between Microsoft and the University of Copenhagen raises the questions of rights. Who will get to own the design for a quantum computer if it manages to invent it – or for that matter any other inventions that are created in a shared laboratory environment?

To these questions, the University Post cannot get a completely clear answer.

On what a quantum computer would be worth in terms of money, Robert Feidenhans’l, NBI, responds with a counter-question:

»What is the transistor worth? I do not think we can put a price tag on it.«

The head of department talks about the beneficial effects on the educational environment at UCPH which the quantum project will lead to.

»We are going to have physicists flying in from around the world. Charles Marcus will ensure that students will have the opportunity to engage in research from their first year of study if they are talented. In his group, bachelor students make important contributions. This is a brand new structure and culture that we must incorporate,« says Feidenhans’l.

The potential earnings from a new computer do not seem to be a key priority for the University’s senior management:

»The University of Copenhagen’s job is not to develop products from basic research and bear the costs, this is the job of private corporations. Our job is to do great education and research, hope for Nobel prizes, make sure the University’s research is made useful, and to create great opportunities for the world’s students and researchers,« says Thomas Bjørnholm.

»The intellectual property of the research is basically shared, but this is exactly what we are now negotiating with Microsoft. In the best scenario, it will probably take five to ten years before Microsoft can build a quantum computer. If a computer reaches the market based on one or more patents that UCPH has the shared ownership of, then the university will typically get royalties.«

The merger of uni and business

The Danish government has sought to promote the industrial development of quantum technologies by putting companies and researchers together.

Innovation Fund Denmark – a stash of cash belonging to the Ministry of Education and Research – invested DKK 80 million public funds in 2016 in the set-up of a center for research and industrial cooperation on quantum called Qubiz. According to the foundation’s website it is its largest single investment to date.

Microsoft is going to spend even more money. This is according to Innovation Fund Denmark’s director Peter Høngaard Andersen and the department head of the Niels Bohr Institute Robert Feidenhans’l – but they do not disclose the amount.

Sources that the University Post have talked to say that money is not a problem. Microsoft will not provide numbers, but Anders Thomsen – Government Affairs Director at Microsoft Denmark – says that the company’s annual research and development budget is USD 11-12 billion. You can run the entire University of Copenhagen for 10 years for this amount.

»Quantum computing is one of the key research areas for Microsoft, and the project is controlled from the top of the company. It’s a big investment,« says Anders Thomsen.

(Note to those who are IT and hardware interested: Microsoft’s part of the project will be headed by Todd Holmdahl, who according to Microsoft’s own websites has had a good deal of responsibility for the development of high profile products like the gaming console Xbox, the motion sensor system Kinect and the glasses HoloLens which give the wearers the opportunity to see and work with graphic computer models in three dimensions).

Microsoft is – in line with a number of other companies – a partner in Qubiz, but Microsoft will establish its own laboratory at the University’s campus (besides what the company has in Delft), and the company will hire Professor Charles Marcus, who will also continue to take care of his previous job as a head of research at UCPH (and the university’s best-paid researcher (2016)).

A direct industrial cooperation like this between the university and an IT company has not previously been seen in Copenhagen, but there are known precedents abroad, according to the Director of Innovation Fund Denmark Peter Høngaard Andersen:

»It’s new in Denmark, but not globally. The pharmaceutical company Pfizer has built laboratories at Cambridge University and at the Imperial College in London businesses live next door to the researchers. But here it is a change. The trick is respecting that researchers and private companies have different ways of working. If you do that, it can be very fruitful.«

This is how a quantum computer works

So how will it work – the University of Copenhagen’s Niels Bohr Institute and Microsoft’s quantum computer?

The topological quantum computer is a machine which performs calculations by means of electrons that are in a so-called Majorana state in some 100 nanometer thin wires of indium arsenide and aluminum.

The web media videnskab.dk does a good job explaining the principle in Danish here, but you can also – with the Prorector of University of Copenhagen Thomas Bjørnholm – think of the quantum computer in terms of a cloud.

He elaborates: »Our brains are the first computer we know. They work by means of neurons, and this is a slow process. On the other hand, there are extremely well-branched connections between neurons so that the brain has the ability to perform parallel calculations, and thereby compensates for the fact that it is slow,« says Thomas Bjornholm, who before he became Prorector spent his time as a professor in the field of nano research.

»Electronic computers are fast. But they can only perform calculations one at a time, as a serial system. A quantum computer performs parallel calculations and does it very quickly. If you can do this, you can calculate almost incomprehensible things.«

Incomprehensible, or currently impractical, calculations may include analyzing the properties of matter in depth, says Bjørnholm. This work is trial-and-error with existing computer technology.

»These kinds of calculations with existing technology are like being in a maze. You walk around looking for the exit. Quantum computers can, figuratively speaking, spread like a cloud through the maze and explore all the pathways at the same time. If it is possible to build it, it will fundamentally change the way we do calculations,« says Thomas Bjørnholm.

The task of finding a use for the wires has been the task of the American researcher Charles M. Marcus.

He was brought to Denmark by the Niels Bohr Institute in 2011 from a position at Harvard, and it is in Marcus’ laboratory that the theoretical design of the topological quantum computer has been developed on the basis of the University’s materials technology. The principle behind Charles Marcus’ and his colleagues’ computer designs were published in an article in Nature in 2013.

Unlike other quantum computer designs (Google and IBM are both working on alternative approaches), the Copenhagen machine can be relatively easily scaled up to a usable size. Provided you can get it to work. The construction from nano-wires solve – at least in theory – a fundamental problem of quantum computing: That the system is very vulnerable to external influences.