The ice fjord spits icebergs out into Disko Bay 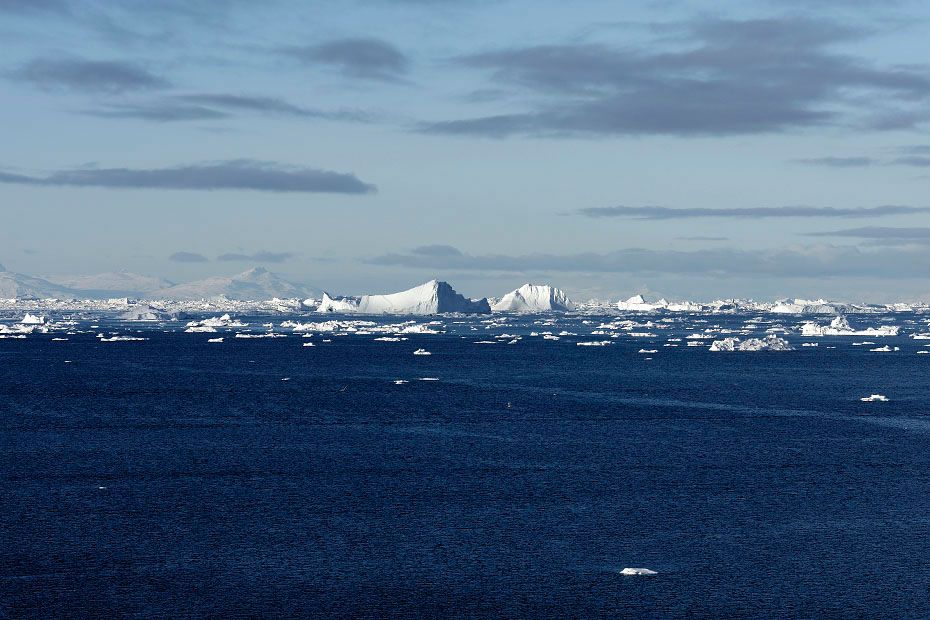 Disko Island in the background 50 km away from Greenland's third largest town, Ilulissat, on the mainland
image: Anders Fjeldberg

ADVENT CALENDAR 2016 – Sometimes it is difficult to put a sight into words. Enjoy the photos and news from Greenland leading up to Christmas Eve

Is there such a thing as an iceberg generator? As in, a phenomenon which can spit out icebergs almost in a neat row?

An example of something, which perhaps deserves that name, lies approximately 100km east of the University of Copenhagen’s research station Arctic Station on Disko Island in West Greenland.

“The Ice Fjord” is the name of a Fjord which lies only a few kilometers south of the Greenlandic City IIulissat on the mainland. The fjord runs so far into the country, that it nearly reaches the ice cap.

100 years ago, it was full of ice all year round, but today it is full of floating icebergs, which have torn lose from the ice cap and float between the fjord and further out to Disko bay between Disko Island and IIulissat.

The result is, that when you stand at IIulissat and look out over the ocean at Disko Island’s mountains approximately 50km away, you can see a spectacular view of icebergs.

Blæsedalen reveals the carbon balance in the Arctic