The mum behind mum's world 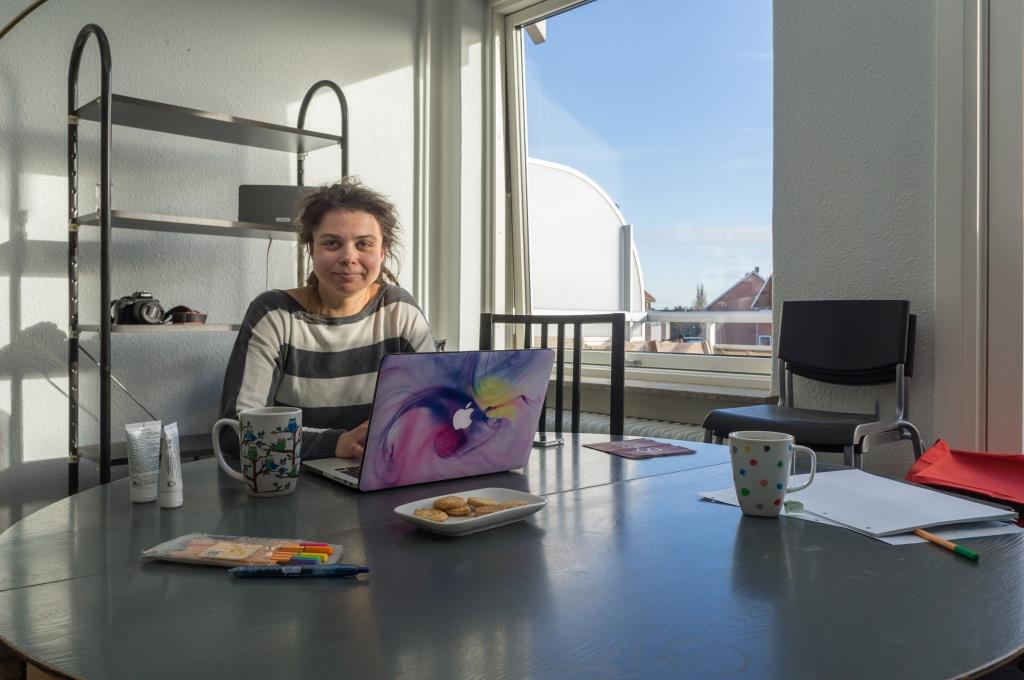 A single mom of Polish origin has run one of the most successful websites for mothers - 'Morsverden.dk'. Now she is back at the University of Copenhagen, as a physicist

It all started with ‘Babylisten’ Lenka Otap”s first website in 2003, a year after the birth of her first child. It later transformed itself into what is known today as morsverden.dk or mum’s world, one of the most successful discussion-based websites.

There were already websites in Denmark, at the time for mothers to discuss their pregnancy, parenting experiences and even getting answered on questions they would have had about their pregnancy. However, they were all very simple, Lenka says.

Lenka’s website came in, packed with the then latest features, creating a profile, profile pictures, and discussing with others in the form of a forum, with a signature under what you post. Over the years, Lenka improved her website in various ways, so it became like a Danish version of Reddit, or rather a subreddit only for mothers. But the members have a much stronger bond than most reddit threads.

Then Lenka decided for a move that went against everything that everyone else was doing.

“Usually you would say, OK it grows bigger, it’s a good thing. But it was a bad thing, because it grew too rapidly for the old users and me. So I decided to make it subscription-based,” she explained.

This was back in 2007. With the subscription-based service, she not only gets paid for all the time she spends on the website and the cost of the server, but also eliminated those who didn’t want to participate inside the closely bonded social circle.

Now she is happy that she could make a living out of the website. The user base has been slowly decreasing since 2008, but it still remains as a subscription based community today. The mothers within the community not only discuss with each other online, but also meet up with each other offline, although less often nowadays.

They met up in Odense last time, Lenka says, and they were suppose to stay there overnight, sleeping in at hotel, but Lenka partied throughout the night that she didn’t even need to go back to the Hotel, instead she just took the first train back to Copenhagen.

“The mothers help each other out during difficult times. The common role as a mother in the society and some rather identical life experiences resulted in this stronger than ordinary bond between the mothers inside the community of morsverden.dk. In the network we are really eager to help each other, if there is a problem.”

Lenka Otap came to Denmark from Poland with her family in 1985 when she was only 8 years old. She has lived and studied in Denmark since then.

She started studying biochemistry in the University of Copenhagen in 1995, however just one year after, she switched to Computer Science, because her obsession with online gaming and Computer Science was the only subject where you could get an internet access code and an email from the University at the time. Little did she know it, but this was where her 14-year-long experience as a computer science student began.

Lenka Otap: “If you ask the users, a lot of them used to say that morsverden is the best thing that happened to them”.

She eventually got her Master’s degree with a thesis about her own website – “morsverden.dk” in 2010.

Now, Lenka is a single mother of two children and has re-enrolled as a mathematics-physics first year bachelor student at the University of Copenhagen.

“The reason I started again was because that I missed the science. It feels really great, sometimes it felt weird, because I’m so much older than everyone else,” she says.

Fieldwork with Baby Jesus on your back

The fact that she is a single mother with kids to take care of, and being back at university without a full-time job, has put financial pressure on her shoulders. She’s currently relying on her savings, but it won’t last long if she can’t find a job in the near future. The kids, on the other hand, are getting easier and easier to take care of.

“Taking care of kids takes time and have a lot of obligations. Like have to cook dinner every single day when they are here,” she says.

Best thing that ever happened

The internet moves fast. But the outdated appearance of the website is somewhat irrelevant, because it’s the community of which morsverden.dk represents that defines the website.

Go into morsverden.dk now, and you will most likely not be impressed with it’s user interface and its features. It is hard to expand when there is Facebook and other social networks to compete against. If it is going to have a future, Lenka will clean up the website, giving it a fresh look and make it more accessible or just make something new that welcomes new members.

But she has no regrets.

“If you ask the users, a lot of them used to say that morsverden is the best thing that happened to them”.