The struggle for water in the Andes Mountains 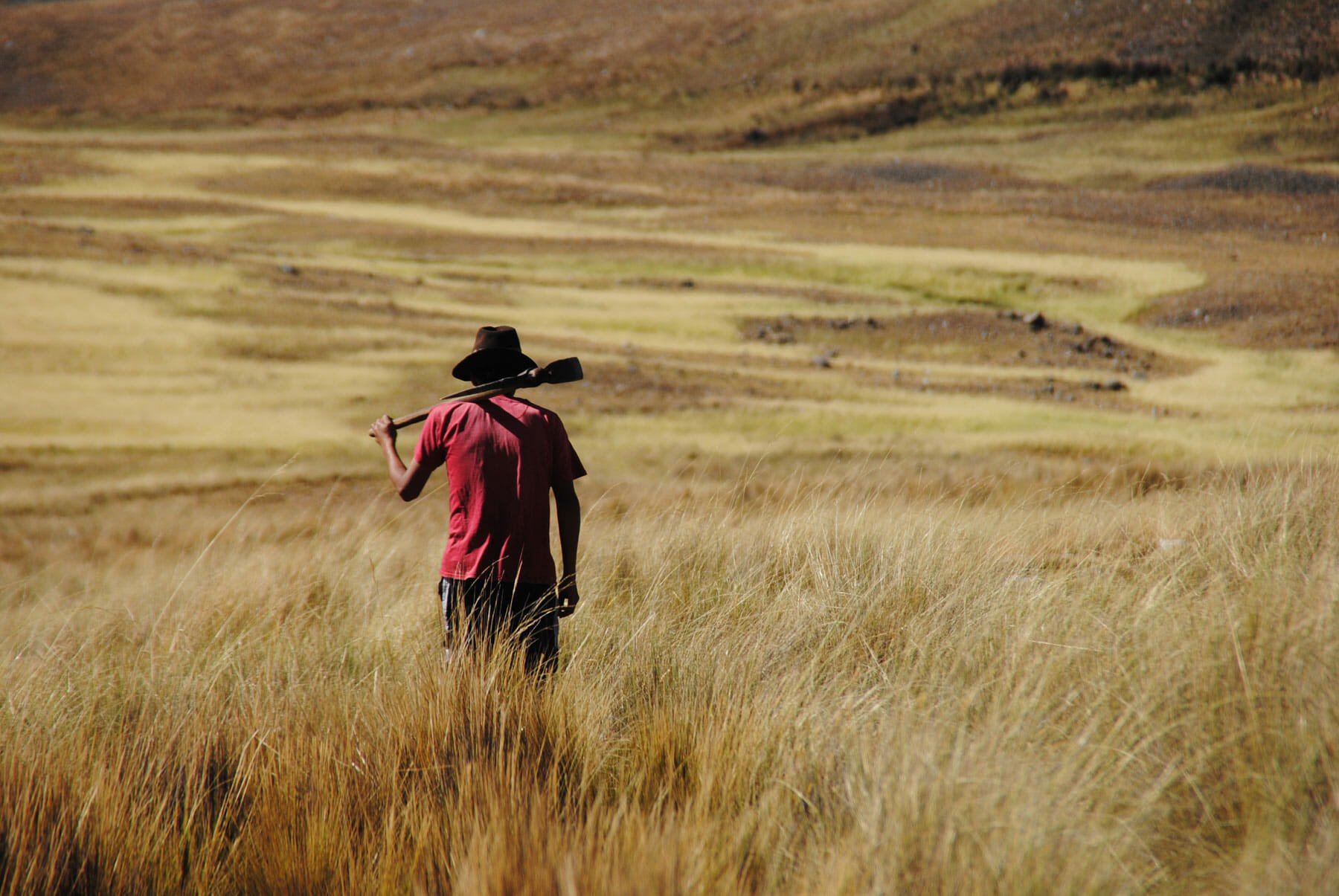 Jhonatan, a 25-year-old Peruvian farmer, is on his way to redirect water toward his own fields.
image: Mattias Borg Rasmussen

Research relay — In the Andes Mountains, the young Assistant Professor Mattias Borg Rasmussen has learned about the local value and meanings of water. Here water is a symbol of life, a dwindling and complex resource and a creator of collaborations.

It is four o’clock in the morning on a Wednesday.

The 25-year-old Peruvian man, whom we will call Jhonatan, closes the door to his small cabin, in which his parents are also beginning their daily chores. The cabin is located at 3700 meters altitude in the Andes Mountains. Jhonatan begin his journey up the mountainside in front of him with a pickaxe on his back.

After four hours’ hike in the chilly mountain air, he arrives at his final destination – the place where the canal splits in two. Jhonatan begins shoveling mud and stones from one of the two water passages into the other. Soon, the water changes its course and Jhonatans work is done.

During the next eight hours, the water will find its way to Jhonatan’s fields. Then a new villager will have reached the canal to take his turn on shoveling mud and stones to the benefit of other fields in the local community. The water users in the community will keep taking turns every eight hour until once again it is Jhonatan’s turn to climb the mountain.

”They are poor but well-organized,” the Assistant Professor Mattias Borg Rasmussensays and continues: ”The amount of work they put into getting water to their fields and out of their taps every day is amazing”.

The abandonment by the state

Mattias Borg Rasmussen has followed two Peruvian village-societies in the Andes Mountains in order to understand how they value water and who claim authority over it.

The love for Peru is clearly visible in his office with Latin American maps and colorful tapestry on the wall.  The enthusiasm began during a visit in 2001 and developed during his year as an exchange student in Peru in 2003-4 and it made him come back to do his MA, PhD and Post Doc. Over the years great changes have happened.

“In the 2000’s, Peru experienced an enormous economic development. You could see how Lima changed as a city in the 10 years. More and more shopping malls and great restaurants appeared,” Mattias Borg Rasmussen says.

Not everybody in Peru enjoys the benefits of the economic growth. In the small societies in the mountains, Mattias Borg Rasmussen witnessed a growing inequality. Still more than half of the children were chronically undernourished and the villagers were on their own when it comes to the increasing difficulties to access and distribute water. Difficulties exacerbated by the acceleration of melting glaciers in the Andes Mountains due to climate changes. At first, the glaciers will create larger amounts of water streaming down the mountainside but after a certain amount has melted, smaller amounts of water will be flowing downhill. 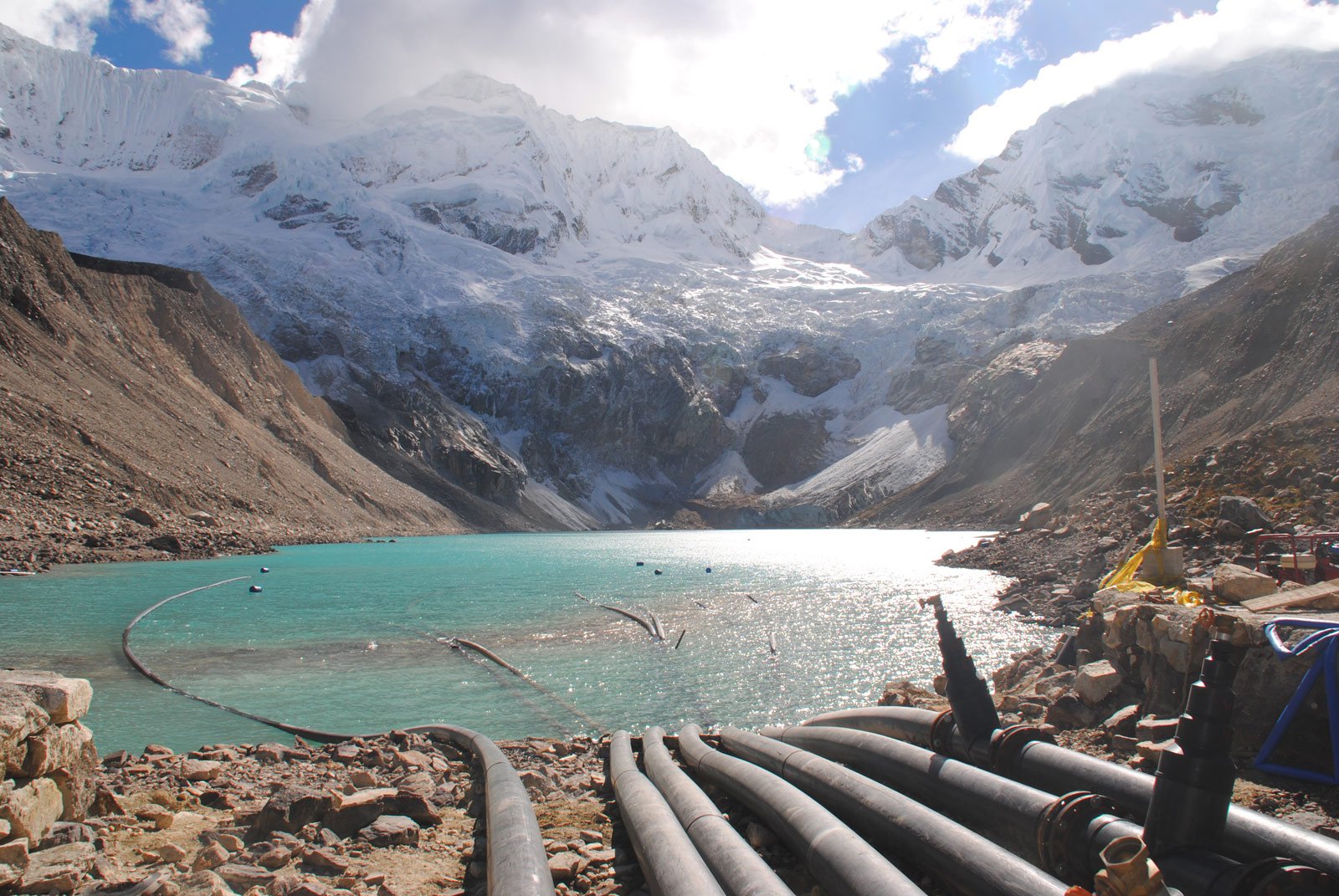 Lake Palcacocha above the main city of Huaraz is drained using siphons to avoid Glacier Lake Outburst Floods. In 1941, a GLOF levelled Huaraz to the ground. Climate change exacerbates the threat of a repetition.
image: Mattias Borg Rasmussen

”They do not experience an equal and fair access to water (…) There is a lot more attention to meet other parts of the Peruvian society’s needs,” Mattias Borg Rasmussen says and exemplify: “There are great state-sponsored irrigation systems at the coast, which they know exist and they know how much money is spend on them. So they ask: why do we not get a share of this?”

The Peruvians in the villages said they were “abandoned by the state”. This abandonment combined with a “troublesome geography” makes Peru “one of the most vulnerable countries in the context of climate-change” according to Mattias Borg Rasmussen.

Adding anthropology into a scientific calculation

As an anthropologist, Mattias Borg Rasmussen belongs to a minority at the Faculty of Science at University of Copenhagen. At the Department of Food and Resource Economics he is part of an interdisciplinary group working on development issues in the Global South. Here different worlds of academia intertwine and support each other. When talking about the effects of melting glaciers in Peru – Mattias Borg Rasmussen cannot make complex calculations of glaciers but still his knowledge is valuable in order to understand how people manage the water available. The management has great influence on the actual consequences of the melting ice. This sort of contribution is shown in an article he made with glaciologists.

”I think and hope that when we keep trying to explain and understand other peoples’ reality, we may be able to include them when we undertake new measures,” Mattias Borg Rasmussen elaborates.

In the mountain villages, the small communities manage their water through systems of committees and commissions. Jhonatan participate in one of the areas local committees in which he and other users of the canals collaborate to improve existing canals by for example cementing the ground of the canals to improve the water-flow. The committees also organize the construction of new canals and collaborate on maintenance of existing ones. “Every once in a while the users of the canal would meet up with bucket, shovel and donkey – ready to clean up the canal,”  Mattias Borg Rasmussen exemplifies. 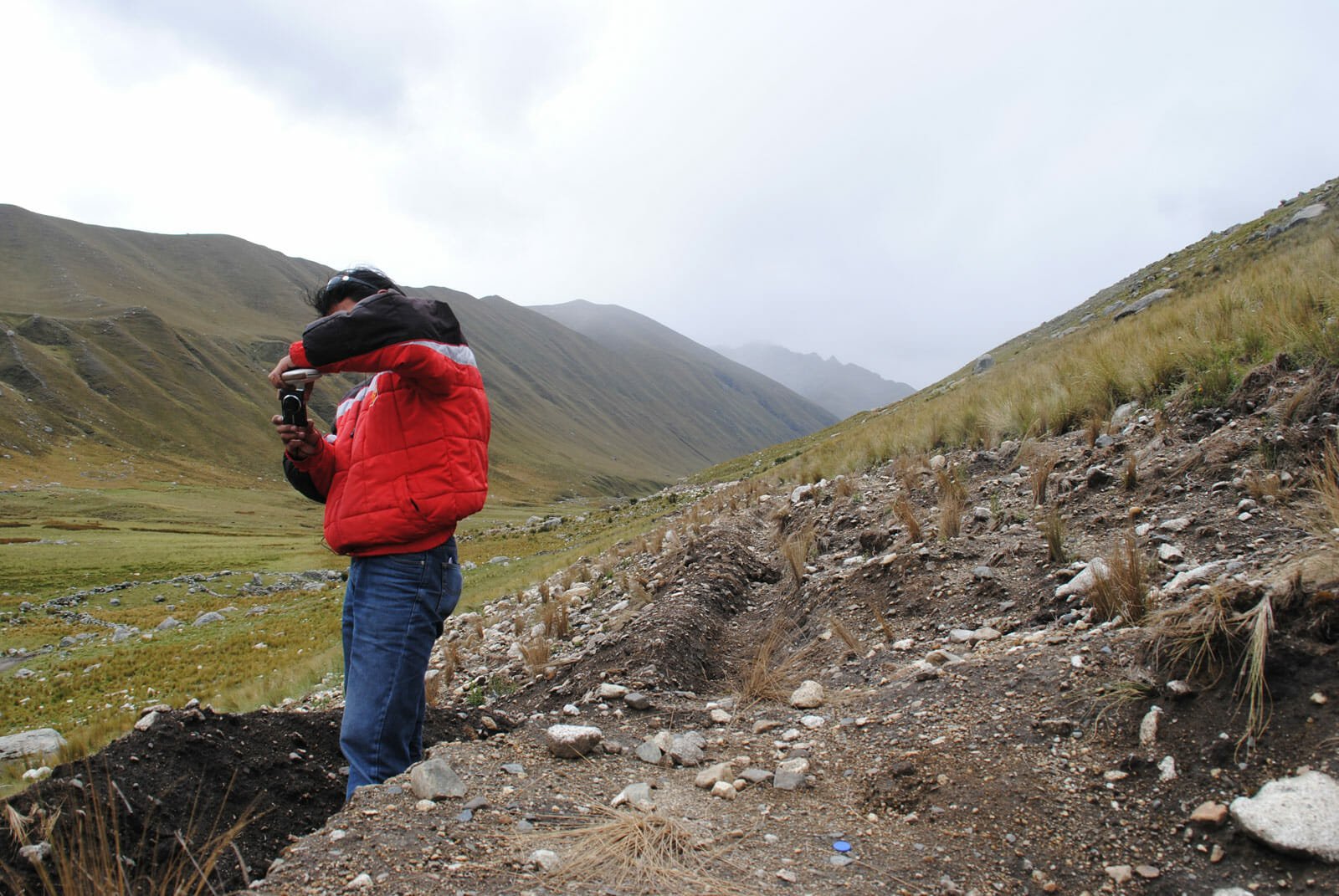 On top of the committees, Jhonatan is also part of the local commission in which 20 committees collaborate to get the largest amounts of water possible to the area. The immense collaboration emerges from cultural ideas: ”They have a very strong cultural understanding that water is a common good (…) They see water as life,” Mattias Borg Rasmussen says.

This is one of the reasons, why the villagers feared the state would put prices on the water, as seen in for example Chile. Knowledge on local ideas and thoughts is crucial in order not to let one perception of life (for example a western idea of water as a resource with a price) rank above another.

“You start to erase other peoples’ lifeworld. You establish a hierarchy where our valuation of something is more important and valid than theirs,” Mattias Borg Rasmussen says.

The whole family on fieldtrip

During his research in the Peruvian mountains Mattias Borg Rasmussen faced some challenges.

“It is a hard place to work. It is not the easiest people to get on close terms with, it takes a lot of patience and attention,” he explains.

Assistant Professor at Section for Global Development at UCPH

Background: Became Cand.Scient.Anth. at the Department of Anthropology, University of Copenhagen in 2008. Got a PhD degree in anthropology in December 2012. Postdoc in 2013, Assistant Professor in 2015.

His toughest challenge, though, emerged far from the Andes Mountains. Mattias Borg Rasmussen recalls the sacrifices on the home front during his three-month fieldwork in his PostDoc where his oldest son was one year old. ”There is no doubt that is my biggest challenge,” he says referring to balancing life at home with long-term fieldwork.

But, it seems that he may have found a way to kill two birds with one stone. In 2017, Mattias Borg Rasmussen took the family with him on his fieldtrip to Argentina. The family had now grown a member and the eldest turned four during their stay. Apart from not being separated from the family, the family-trip had a surprising bonus:

”I had my big boy with me in the field most of the days, where I was out talking with people. Because I had him with me, it was easier to talk with people because they could see what sort of character I was,” Mattias Borg Rasmussen says and continues:

“If you come as a stranger to an unfamiliar place, people want to measure you to know what sort of person has arrived. To have my boy with me meant I already was shaped in a sort of familiar picture”

In the future Mattias Borg Rasmussen might repeat the family-fieldwork success in Patagonia in Argentina, where his next project takes place. The subject is natural resources and this time he and the colleague Marieve Pouliot will focus on the resource-conflicts with the local citizens on one side and national parks trying to control the resources on the other.

”It is a very good place to understand what kind of mechanisms – it can be legal, institutional or cultural –open up a region to extraction of natural resources,” Mattias Borg Rasmussen explains and says about his future hopes for his research on frontier dynamics – something which he has already written about with Christian Lund: