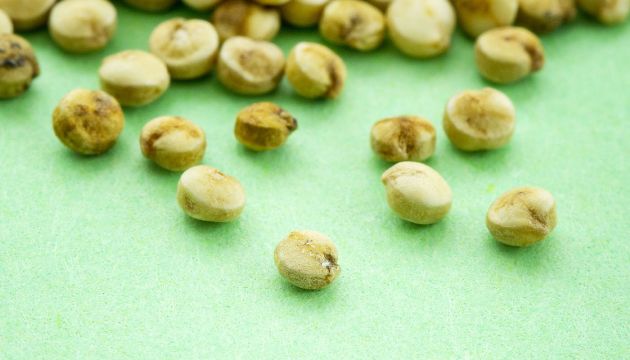 Quinoa is originally a tropical plant, but it can now be grown in Denmark. To achieve this, it had to go on a long journey through the field of plant science at the University of Copenhagen

The roots of the quinoa plant have sucked the energy out of the Danish island of Lolland’s fertile soil this summer. But this was preceded by years of breeding work with the plant species’ small seeds, which are originally from the Andes mountains.

The University of Copenhagen (UCPH) has supplied the seeds. Associate Professor Sven-Erik Jacobsen, Department of Plant and Environmental Sciences, has worked on adapting the tropical plant to the Danish climate’s short growing season.

He sees clear advantages in growing the plant which the indigenous people of South America have grown and eaten as a very important crop:

“Quinoa has a fine, nutty, flavour. It tolerates drought and saline soils and is not dependent on heat. It thrives at high altitudes and in a climate where few other crops can grow. And it has a high protein content of a very high quality,” he says.

When Sven-Erik Jacobsen got hold of quinoa for the first time, it grew so slowly that in some cases he was not able to harvest it until the Christmas holidays. His work has since consisted in selection and refinement for faster maturation. So today we have Danish quinoa, which ripens around the 1st of September, he explains. Sven-Erik Jacobsen’s work in refining the plant has been a prerequisite for the release of quinoa on Lolland, but its reputation has long since gone round the world, and in recent years the interest has been booming.

Professor Sven-Erik Jacobsen, Department of Plant and Environmental Sciences, with some of his green quinoa plants, here pictured in Jutland

“The Americans began to import it in a big way back in the 1970s, and then Europe joined in. From there, it went from being a local poor man’s crop, which virtually no scientists or consumers were interested in, to being a crop of extremely high value,” says Sven-Erik Jacobsen. 2013 was named the ‘International Year of Quinoa’ by the Food and Agriculture Organization, FAO.

In Lolland they wait, excited, for their harvest

Back when he wrote his master’s thesis at the Agricultural College, Sven-Erik Jacobsen was interested in legumes and in new and alternative crops. Since then Sven-Erik Jacobsen has experimented on a field of beans and lupines. He coincidentally got some quinoa from an ethnologist at the National Museum back in 1984.

“That was where my interest in quinoa came from, and it dawned on me that if I really had to succeed, I had to focus wholeheartedly on quinoa,” he says.

In Lolland they now wait, excited, for the year’s dividend from this year’s cultivation. Farmers from Lolland have grown sugar beet for nearly 150 years, but consumer interest in white sugar has plummeted, while quinoa is selling at exorbitant prices as ‘the new spelt’.