They used to serve coffee. Now they serve cotton swabs for nasal tests 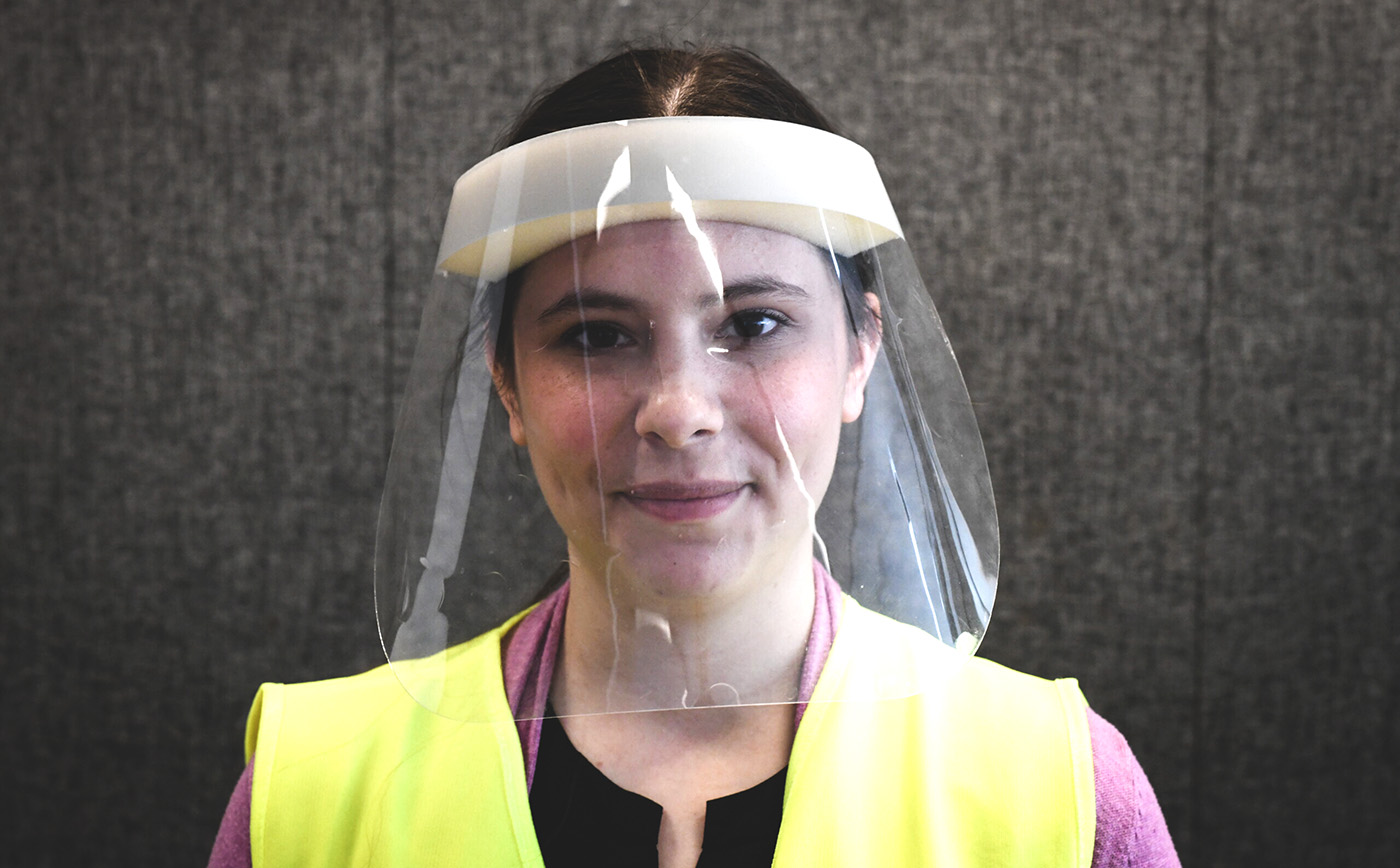 Cloe Voegele is one of the test supervisors. »At first I was scared of having to do a test on myself,« she says.
image: Rasmus Buhl Kristensen

As new self-swab test centres have more students and staff returning to the University of Copenhagen, canteen staff are now also back at work. Not to serve coffee and food, but to supervise self-swab nasal tests.

Normally the cafeteria on South Campus would be packed with hungry students munching their food and swilling down coffee. Now the site has been refurbished as a test centre under strict hygiene protocols.

Under yellow vests marked with COVID SAFETY on their backs, the staff — so-called self-test supervisors — have T-shirts from Food & Co. and Hav a Java underneath. The tests are being conducted by staff who are normally in the canteens and cafés at the University of Copenhagen.

They now serve small kits with cotton swabs, buffer tubes and test cartridges. The cash register has been replaced with a high table and a partial shield of plexiglass.

I order a self-swab test. And get assigned to a table where I can pack out my kit in peace. Here is hand sanitizer, a mirror, adhesive tape, and a guide to carrying out the test.

I unpack the swab and stick it into my right nostril until »it can stay there by itself,« as it states in the guidance. After I have left the swab in my nose for a moment, I rotate it four times, take it out, and sneeze.

Then the other nostril. The nasal swab goes down the extraction buffer pipe, and the swab is stirred around in the fluid eight or ten times.

I drip the liquid into the test cartridge and it reminds me of when I did chemistry room at my school north of Copenhagen when we tested different stuff for acidity and basicity by ph values.

The head of the test centre is under normal circumstances the head of kitchen Heino Knudsen. For him, the testing regime is a way to get his people at work again after they have been sent home with salary compensation.

Now that we’ve been given this task, we believe and hope that we can keep everyone.

»I have had to dismiss two-thirds of my staff. Some of them I even had to drive to the airport because they could not be in the country anymore. This was not fun,« he says.

»Now that we’ve been given this task, we believe and hope that we can keep everyone. And as soon as we can open more food outlets, we can hopefully re-hire most of them.«

I also speak to test supervisor Jolán Detreköy, who sold me coffee before the corona shutdowns, and who now receives my finished self-swab test.

»At first we were sent home on salary compensation. I didn’t know whether I would end up being fired,« she says.

»I would not have guessed that I would end up doing this. But as long as you are called backed to work, this is good.«

Is this an exciting job?

»Next time, could you tape the tube with the liquid onto the cardboard disc? In case the test does not reveal any results, we can do another. But this is fine for now,« she says to one person who submits a cardboard disc to her.

Her colleague Cloe Voegele is also a test supervisor. »At first I was scared of having to do a test on myself,« she says.

The finished tests are placed, according to a simple, clever system on to the supervisor table. On one side of the table is a note with the test date. On the other, the time when the test was taken.

»This is something they worked out at one of the other test sites at UCPH. It is up to us to set up our own systems that we reckon are the smartest,« says Heino Knudsen.

I hold up a couple of people who have been tested and ask them about their experience. They are happy with the test centre on campus, they say, and they trust the validity of their test results.