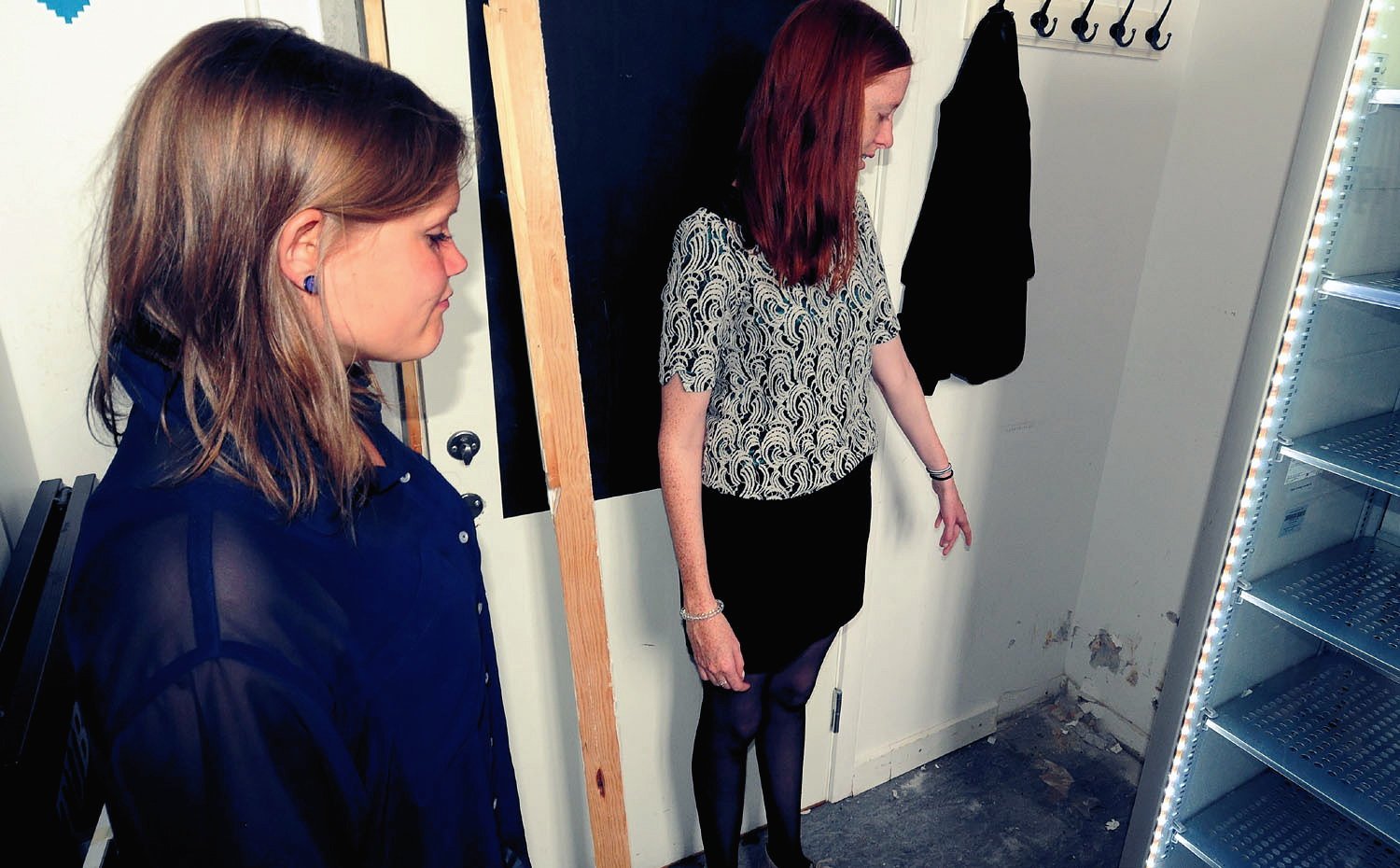 Anne Terp Kristophersen (left) and Solveig Henriksen pointing out the spot where their student café safe was pulled from the wall.
image: Anders Fjeldberg

75 kg safe ripped from the wall as devious thieves make off with DKK 20,000 from two separate cafés. Student volunteers concerned that the break-ins could have been an 'inside job'

Approximately DKK 20,000 has been stolen from two safes, one of which was bolted to the wall. Both of them were hidden behind locked doors.

“It’s a shame that we now have to take all sorts of security-related precautions,” says Anne Torp Kristophersen, a political science student. According to her, the cafés are built on trust between the customers and volunteer staff, which has now been replaced with worry.

Thieves knew where to go

Christian Erlandsen, a theology student who up until recently used to be in charge of the finances of Kældercaféen at the Faculty of Theology has wondered whether the thieves came from the university or not:

“Immediately after the break-in, we thought it had to be students because they came in through two sets of doors that require a student card, and through a third that needs a key. When we then found out that they had broken into the entire block, as well as a bookstore next door, we realised they probably came from elsewhere,” he says.

“But they must have known where the safe was.” says Christian Erlandsen.

“We hope and believe that we will get the money, because they depend on our coffee too. Hopefully we won’t have to resort to putting our prices up to compensate for the loss,” says Solveig Henriksen, political science student and member of Café Kommunen’s coordination group.

The break-ins, both of which took place in May, have been reported to the police, but there have been no further developments.