Thieves steal 23 laptops, 3 phones and an iPad from Campus Service 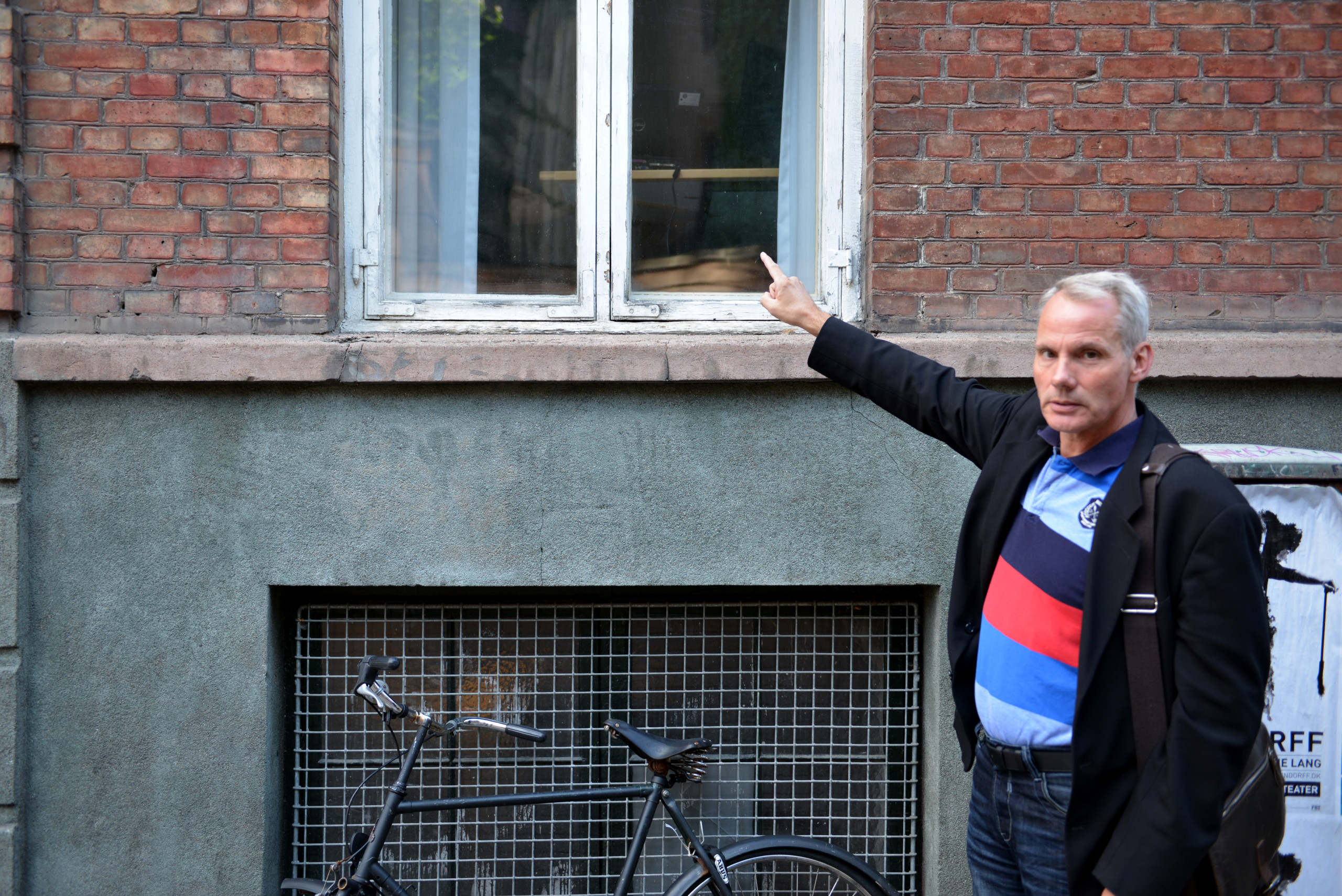 Head of security Tommy Bøgh Sillemann points to the windown where the thieves sneaked in
image: Christoffer Zieler

It can’t be fun to have your laptop stolen. But when you’re the Head of Security at the University of Copenhagen (UCPH) it is adding insult to injury: Thieves got away with 23 laptops over the weekend, including that of Tommy Bøgh Sillemann, head of security, three mobile phones and an iPad from Campus Service (CAS) in Store Kannikestræde 18.

This adds up to somewhere in the region of DKK 150,000 – 300,000. A bill the University of Copenhagen will have to foot themselves, as they are a public institution and thus bound by the state’s self-insurance.

It’s not the first time the administration in central Copenhagen has been targeted by thieves.

According to head of security Sillemann the thieves cracked a window open using a screwdriver or a similar tool, and basically cleared two floors of the building of all the computers.

“My own laptop has been stolen, but thankfully I brought my mobile with me home. I must acknowledge that security could have been better,” he says. The Head of Security is now going to discuss security with colleagues in CAS.

The computers weren’t secured with wires as far as Tommy Bøgh Sillemann has been informed, but he doesn’t believe that it would have made a difference.

“It’s a heritage site, so there are limits to what we can do. But we will change our procedures,” says Tommy Bøgh Sillemann.

He points out that laptops can be stored in a safe after hours. Other solutions could be new alarms.

Employees had saved their work on the university’s central server, and not on their own harddisks.

Something that the head of security urges other employees to do also.