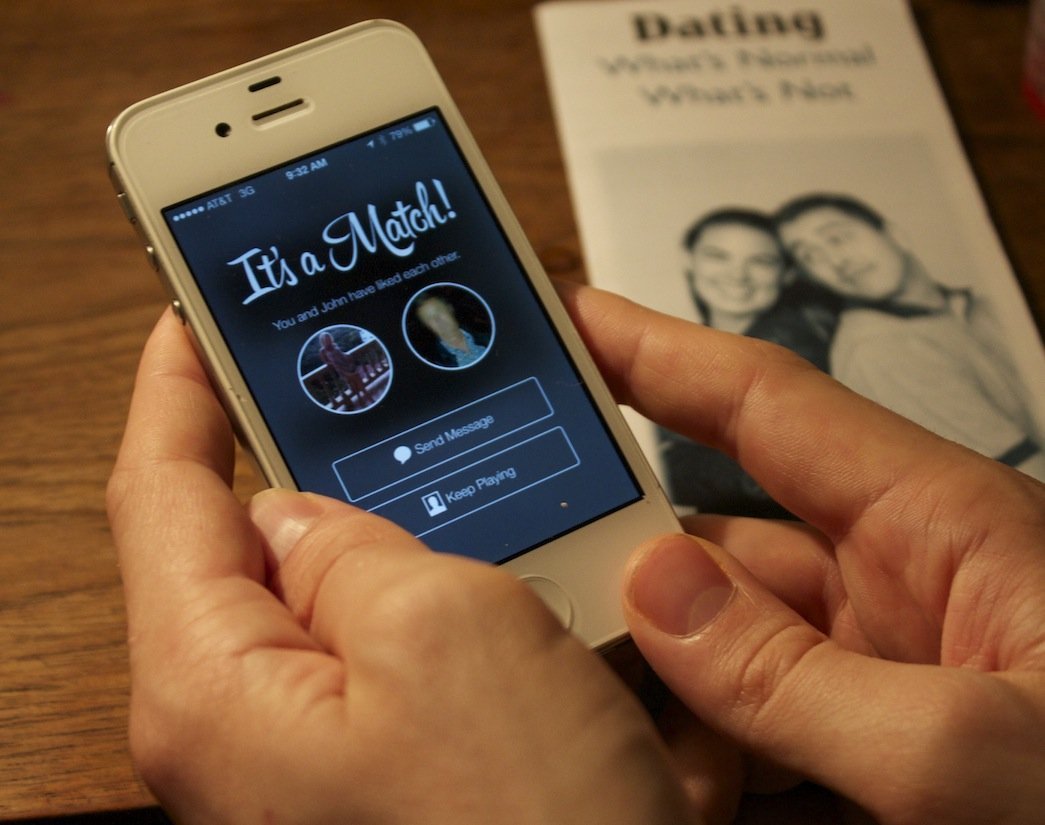 Modern love? Though providing plenty of conveniences, social interactions via new meeting/dating apps can be just as vexing as ever.
image: Katharina Zuanich

As new app takes off on campus, students are intrigued. But with some humanities students feeling objectified, they say

On an evening at the end of a long week, the Faculty of Humanities campus KUA, University of Copenhagen, is upbeat and bustling with its typical Friday bar crowd. Groups of students are sitting together drinking, chatting, and, at one particular table, leaning over an iPhone hurriedly debating whether a fellow student’s photo is deserving of a green heart, or a grim red X.

This is being done on Tinder, a dating app that has recently found a large audience among young people in Denmark. According to the company’s own data, students make up about 50 percent of Tinder users according to a US report. Whether used for dating, hooking up, or meeting new people, students are intrigued. Not surprisingly for the humanities crowd that we talked to, they are wary of its appearance-based objectification.

”People are more aggressive on there,” says history student Nils B. ”More so on Tinder than in real life. It makes people a commodity, and I think it’s wrong to look at humans like a commodity.”

The concept is very simple: Tinder presents you with a succession of photos gleaned from Facebook profiles of people based on your chosen gender, age, and location. Tinder uses your phone’s gps system to link you to those nearby.

If you like what you see, you swipe to the right on your touch screen. Only if the other person has also ‘swiped right’ on your photo, can you message each other and chat. If you don’t like someone, they will never know.

At University of Copenhagen (UCPH) campuses there are large numbers of students contained in one central area. Tinder is a way for students to find potential dating partners. Though basically solely an appearance-based judgment, it is fast and effective at putting people in casual, low-commitment, spontaneous contact with each other.

Real connection, or just a game?

”It’s popular among young people and students. It is mostly for fun, just a game,” says Andrea Peterson, at the history department’s Friday bar, ”but I think a lot of guys are taking it seriously.”

One such guy is Henry Guyer, a student in the Master of Applied Cultural Analysis program and an avid Tinder-er. ”I think it really fits a society where you don’t really go out and meet people that much, and you mainly can only meet people through others you already know”, he says.

”As a student, Tinder is a fun game to play, but it’s also a social experiment. You see so many types, you begin to typify people,” says Alan Jürgens, who studies philosophy. He is touching on a contemporary backlash many students feel towards the Tinder method of swiping ‘yes’ or ‘no’ based on a photograph.

Though it has been growing in popularity, many students appear to be similarly quick in picking up on these feelings the app can potentially evoke, and consequently deleting it after a short period of use.

Andrea claims she has since deleted Tinder from her phone, citing that, for her, it was ”just a game”. Nils B. has done the same, saying that the aggressive nature of the interactions, and the ‘commodification’ of its users was the main reason.

A source, who prefers to remain anonmymous relates a creepy experience:

“I was getting strange looks by a group of guys sitting at a table nearby while I was at my student job, and I could not figure out why. After a little while I realized that they were all hovering over a Tinder screen, swiping away at girls’ photos. They must have found my profile on Tinder, and were trying to figure out if I was actually the same person.”

Is this a new modus operandi of social interaction, a harmful commercialization of human relations, or merely a fleeting novelty? Given the large number of students testing the new waters of Tinder, however shallow they may be, it is unlikely the prevalence of the app will wane anytime soon.