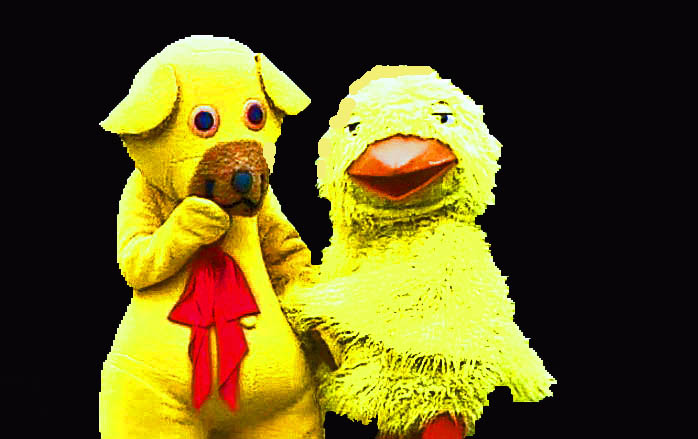 Best to read here if you don't know anything about beer drinking games, 'Klovn' or, heaven forbid, 'Bamse and Kylling'

The more you socialize with Danes, the more you’ll notice strange little references to people or places you know nothing about. Anyone can turn on the TV and catch up on current pop culture phenomena, but unless you’ve grown up here, you obviously won’t be familiar with the shows Danish students watched as kids, reality TV stars, or elaborate Christmas traditions.

So here’s a handy little guide listing ten of the most ingrained pop culture references you’re likely to encounter in Denmark.

Denmark is one of the only countries in the world that produces Christmas calendars for television. The 24-episode TV series runs throughout December, culminating on Christmas Eve with a grand finale, which usually involves a gang of crafty kids saving Santa Claus, Christmas, and/or the world.

Our most beloved (and repeated) Christmas calendars are the ‘Pyrus’ series: in 1994, Alletiders Jul introduced Pyrus, the teenage elf who moved into the Danish National Archive (‘Rigsarkivet’) and accidentally deleted Christmas from the history books. Pyrus and the gang returned for three more Christmas calendars, and he is now a pop culture institution in his own right.

There is also the very popular and hilarious The Julekalender, in which three Danish comedians played elves who spoke a mixture of Danish, English and German.

Denmark may not have any Kardashians or Jersey Shore-dians running around, but we do have Linse and Gustav. Linse Kessler is known for her reality show ‘Linse på Bryggen’, and her biggest claim to fame are her extraordinarily large silicone breasts. The flamboyant Gustav Salinas is best known for the dating show ‘For Lækker til Love’, and for partying around Copenhagen.

Speaking of reality TV, ‘Paradise Hotel’ is a well-established guilty pleasure (quite literally, for the contestants). If you’re going a bit more high-brow, check out the finance and budgeting reality show (no, really: it’s scandalous and educational) ‘Luksusfælden’ (‘The Luxury Trap’).

As all nations, Denmark is forever locked in a cultural war with its neighbours. The Danish, Norwegian and Swedish languages and cultures are very similar, but they are always trying to one-up each other. This mainly manifests through intense football rivalries, and lame jokes about the other two countries.

Most of these jokes don’t translate well, but here are some examples (for research purposes of course):
● Q: What does it say on the top of a Norwegian car? A: This side up.
● Q: God had planned for Jesus to be Swedish, but he had to move the entire thing to the Middle East after he realised he couldn’t find three wise men.
● Q: How many Norwegians does it take to wash a car? A: Two: one to hold the sponge, and one to drive the car back and forth.

Hey, we never said the jokes had to be funny.

Roskilde is a town on Zealand. It’s also a festival. Sure, the town is okay, but the festival is a MUST if you’re in Denmark over the summer.

Roskilde Festival draws some of the biggest bands and artists from all over the world (this year’s headliners included Florence & the Machine, Muse and Pharrell Williams), housing more than 130,000 partygoers who camp out on the massive fields that surround the stages.

Roskilde is the party of the year. Everyone goes, and everyone talks about it, and we can almost guarantee that you’ll hear so much about Roskilde from your Danish friends that you’ll book your own ticket for 2016 well in advance.

Contrary to what the funny-looking word might imply, Bubber is a person. His real name is Niels Christian Meyer (although no Danish person will know this), Bubber is a children’s TV host who transitioned to ‘grown-up’ TV with the survival series ‘Bubber & B.S.’

Danish students might remember Bubbers badekar, a wildly popular kids’ TV series in which Bubber sat in a bathtub and taught us about life. They’ll definitely remember ‘Snurre Snups Søndagsklub’, a Saturday morning show where lucky kids got to sit in the audience and Bubber taught us about life.

If you want to hang with the cool kids, you have got to watch Klovn. It’s a Danish sitcom starring big-name comedians Casper Christensen and Frank Hvam, started in 2005 and still going strong on TV2 Zulu.

‘Klovn’ gets its laughs by putting its characters in super awkward and uncomfortable situations, and it’s all very, very Danish. Of course we have lots of iconic Nordic noir shows like ‘The Bridge’ and ‘Borgen’, but if you want a slice of Danish bro-comedy at its finest, ‘Klovn’ is the show for you. Disclaimer: NSFW.

In Denmark, Donald Duck (in Danish ‘Anders And’) is the man (or, er, duck). Forget Mickey Mouse – Danes find him elitist and too perfect. In general, Danes identify much more with Donald’s luckless, temperamental and sardonic personality, and you’ve probably seen the copious Anders And comic books and ‘Jumbobøger’ lining the newsstands, full of the shenanigans of Donald, his Uncle Scrooge and his nephews Huey, Dewey and Louie.

Although Donald Duck comics are somewhat waning in popularity with the influx of iPads and American cartoons, they’re actually really good entertainment if you ever need some easy Danish reads. Donald Duck stories often spoof politics and popular fiction like Gone With the Wind, Nineteen Eighty-Four and Star Wars, and conclude with pretty good moral lessons. And we all still look forward to watching him fall on his face on Christmas Eve (don’t judge us, it’s really funny).

Ever wonder why Danes wave the Danish flag around like crazy whenever it’s someone’s birthday? It is not, in fact, a wild outburst of patriotism: the Danish flag is synonymous with the birthday flag, and we’re just as likely to use this title when describing it.

Although the birthday flag is the Danish flag, Danes have learned to associate the red and white cloth not only with the country it represents, but with parties, cake and presents that accompany the traditional birthday celebration. We’ll put paper flags in front of people’s houses, send cards with flags on them, stick them in cakes and wave them around as we sing birthday songs, and there’s absolutely nothing patriotic about it.

If you’re planning to go to any party at all during your stay here, you better learn that song by heart, inserting your own name (unless your name is Søren, which is highly unlikely) or those of your friends. (Hint: It’s to the tune of Kalinka, a Russian folk dance. Don’t ask.)

Some Danes might argue with us on this one, but Bamse og Kylling (‘Teddy and Chicken’) is probably the most well-known Danish children’s TV show. It may look creepy from a grown-up’s perspective, but the overgrown stuffed animals frolicking in the forest are, in fact, wonderful entertainment for little kids (and their parents).

Bamse is vaguely reminiscent of Winnie-the-Pooh, living in a little hut in the woods and hanging out with his animals (Kylling and Ælling) and human friends (Aske and Luna). Older Danes might tell you that Ælling (the duck) doesn’t count, as she was added to the ensemble later in the series… evidently, they take their children’s TV shows very seriously.

Have we forgotten any?

Have we forgotten any major Danish popular culture references? Tell us about them in the comment field below!