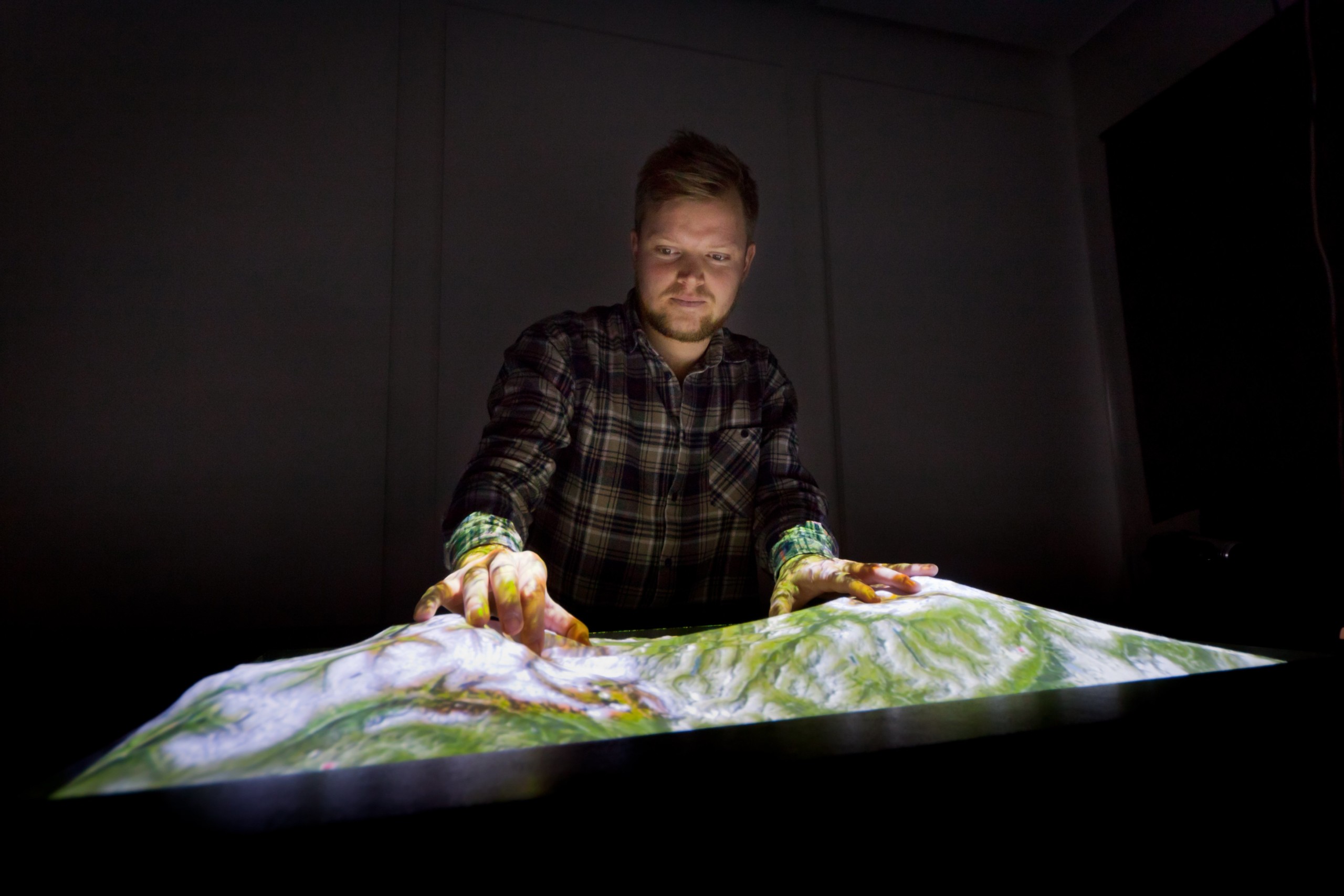 Human touch can not be recognised by phone or tablet computer. As of now. But Copenhagen co-operation opens up utopian ideas like touching loved ones through screens

The pressure and feeling of touch is important, but our screens don’t have it.

Phone or tablet computers do not understand the nuances of touch, but simply perceive it as a digital point in the electronic internal coordinate system.

But, the future is changing. What comes next is the ability for computer screens to physically show hills and mountain peaks because the screen can change shape.

A new EU-funded research project delves deeper into what could be the most anticipated change to our technology. Four universities are collaborating to research physical changes to electronic screens. Main focus in Copenhagen is studying which type of tasks it could be useful for.

Kasper Hornbæk and Esben Warming Pedersen from the University of Copenhagen Computer Science Department DIKU are two of the researchers spearheading the DKK 18 million Ghost (generic highly organic shape changing interfaces) project. The project started up Jan 1, 2013. They are collaborating with two universities in the UK and one in the Netherlands.

»Nearly all screens are square so most of the interaction is via the changes to the screen. We want to explore screens that can have an arbitrary shape and can change shape by themselves. We need to think about the possibility of having larger size changing displays – what can they be used for?« Hornbæk tells the University Post.

Even if the ability to create three dimensional interactive screens exists, how will people react? By showing maps that can visually and physically indicate mountains, roads, water, or other physical features, there is a greater interaction with the gadget. Perhaps they would prove to be extremely useful as part of a work desk for an architect who can create a model of a house on the desktop, or a landscape architect who can remove a mountain to see which way the water runs.

But will everyone react with eagerness and excitement to such a creation?

»In prototypes, people have become scared by changing shapes. Over time and use, this might continue to bother people, but could also go away,« says Hornbæk to the UniversityPost.dk. No one has studied how people react to it, and what we perceive as scary robotic.

Determining if there are aspects of touch that would benefit from having a human sized screen is being looked in to. If technology has the ability to react to our gestures by changing in shape and form, it can be used on a larger scale.

»If the Ghost has the ability to create large shape changing displays and convey movements of people, are there aspects of touch that would work well with this? Could there be benefits to having human sized interaction? For example, someone has the ability to hold the hand of their significant other, even if he or she is on another continent,« Kasper Hornbæk explained to us.

Rehabilitation use is being considered. For example, learning to move one’s arms after an accident, or mimicking finger and toe movements.

Big promises for the future

Although the development of the project is many years in the making, one can expect to see changes in the near future. Esben Warming Pedersen predicts smartphones that have buttons that come out of the screen, or changes to the shape of the phone when it is in your pocket to make it more comfortable.

3D TV’s have become popular over the last few years, and the idea of having 3D objects bulging out of the screen is not unthinkable.

The Ghost project has another three years of development and research ahead of it. Researchers predict it could be more than 10 years before we see any large changes.