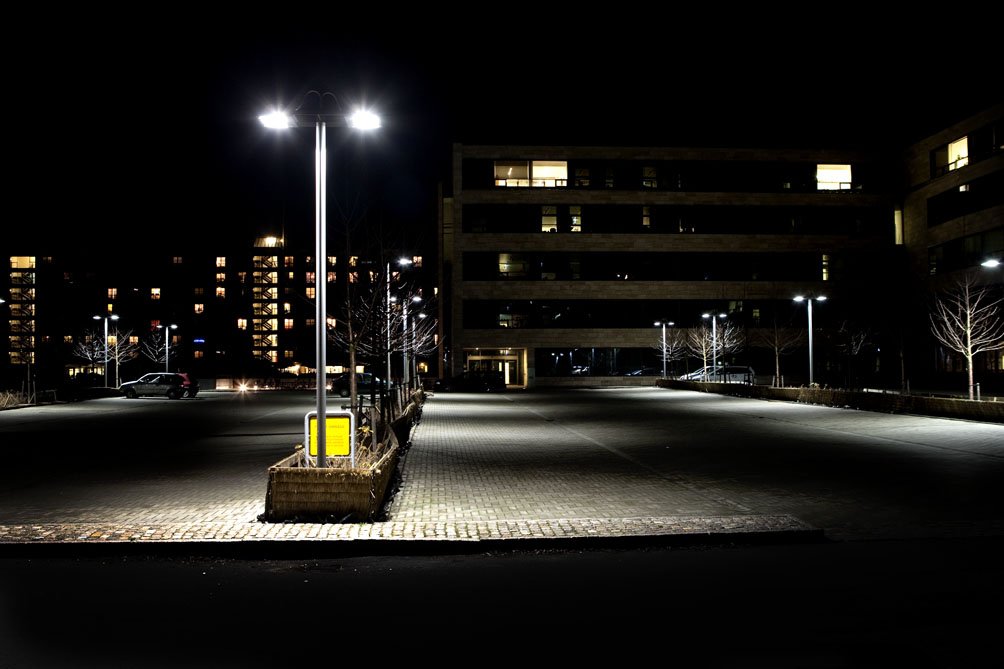 Parking lots are normally sinister, not this one
image: Lizette Kabré

by: Lizette Kabré and Christoffer Zieler

December is the darkest month. December’s parking lot is most likely to see you crash your car, sliding across a thin layer of black ice, into someone who was concealed in the darkness just outside the light of a lamppost. Good job really, because they were probably waiting to rob you in any case.

It’s a tough time of the year in Northern Europe.

One of the few parking lots where this isn’t the case might just be the neat, relatively new parking lot in the newer part of Nørre Campus.

We are on Ole Maaløes Vej in the heart of the Faculty of Life Sciences’ part of the University of Copenhagen, where shiny new buildings sparkle, and where new laboratories are soon to be erected.

If all goes well with the funding, these new laboratories might just have scientists inside them, and then we’ll know that it’s Christmas.

Ole Maaløe (1915-1988), who gave his name to this part of campus, was a microbiological pioneer at the University of Copenhagen. He introduced new methods of biological research in Denmark and worked for world peace at the Conferences on Science and World Affairs, which received the Nobel Peace Prize in 1995.

Our photographer Lizette Kabré is exploring the University of Copenhagen’s many angles and corners in the December twilight. She is looking for places that conjure up stories.

Lizette Kabré will bring you something you did not expect to see every day of the month.

Check out our advent calendar gallery right here, where the pictures of the calendar so far are published every day.