U of C scientists at work for big pharma 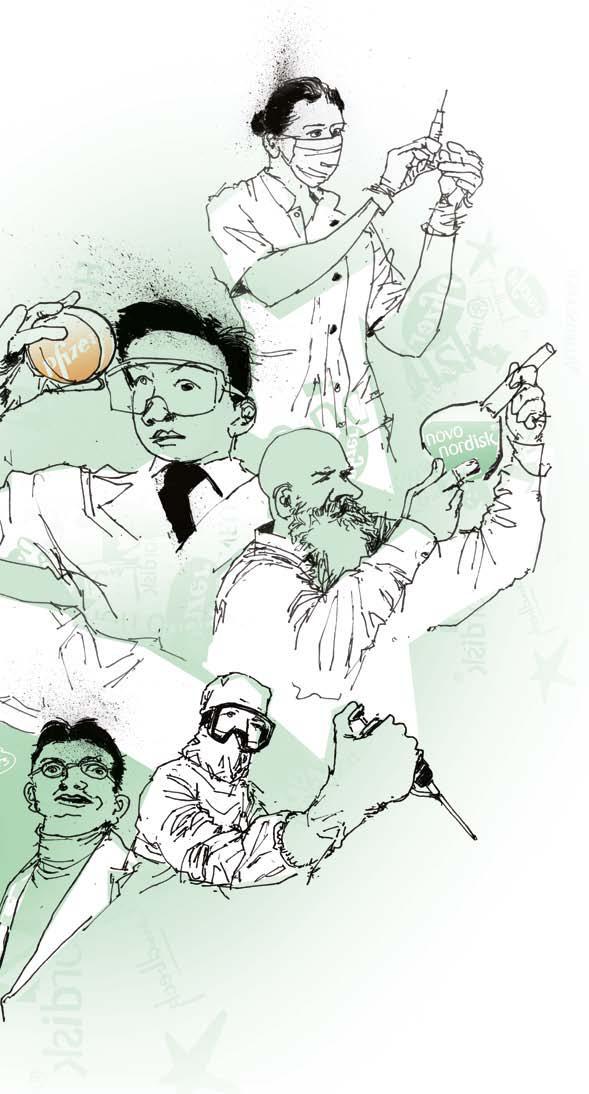 University researchers act as consultants and own stocks in private drug companies. Critics wonder whether they can maintain their credibility

About 100 researchers from the University of Copenhagen (U of C) act as consultants, advisors, data collectors, instructors and speakers for the pharmaceutical industry in addition to their university posts. Some even own shares in the same companies to which they contribute.

An examination of the approximately 1,500 work approvals to work awarded by the Danish Medicines Agency to doctors and dentists shows that the majority of researchers are employed by Copenhagen University Hospital – a partnership between the Faculty of Health Sciences at U of C and the health authorities of Denmark’s Capital and Zealand Regions.

One of the responsibilities of Copenhagen University Hospital is to carry out medical research, where researchers conduct clinical trials and test the effectiveness of new medicines. A large portion of these tests are carried out on behalf of pharmaceutical companies.

According to Peter Gøtzsche, president of the Nordic Cochrane Center (NCC) at the Rigshospitalet, this is an unfortunate conflict of interests.

The NCC is an international non-profit organization committed to releasing the latest and most accurate information on the effects of health care practice and treatment.

“It is well documented that money governs medical research. Everything from research design to data analysis is manipulated. The difference between honestly publishing all findings and releasing only the positive results can be millions of dollars on the world market. Selective reporting is the rule rather than the exception,” says Gøtzsche.

Buying goodwill
International studies show that it is impossible for doctors and researchers to maintain their objectivity and independency while they work for or accept gifts from the industry, he points out:

“The industry is interested in establishing relations with people who can influence the usage of prescription drugs. They buy the favour of researchers and opinion makers with large consultation fees and gifts. When interviewed in surveys, doctors and researchers respond that they don’t feel they allow themselves to be affected by honorariums but that their colleagues do. It just doesn’t fit. The industry wouldn’t spend large sums of money on gifts, lavish dinners and excessive consultation fees if it didn’t have any effect,” says Gøtzsche.

Tell us how much you’re earning
The pharmaceutical industry’s latest study on clinical research conducted in Denmark revealed that the 25 companies which participated in the study spent 332 million Danish kroner (44 mill. euro) combined on consultation fees and other honorariums for hospitals, university institutions, researchers and consultants in 2007.

Professor Peter Sandøe, member of the University of Copenhagen’s Practice Committee which deals with issues of good scientific practice, believes that U of C should consider limiting the amount of compensation university researchers may accept from private firms – or ban them from saying yes to money altogether.
“In my personal opinion the astronomic consultation fees many researchers accept from private firms is a big problem,” he says.

Better protection
Dr. Ole Faber, clinical Deputy Dean for Denmark’s Capital Region, believes that opponents of the pharmaceutical industry’s power are partially correct in their critique. However, he stresses that in the majority of situations, relations between researchers and the industry run smoothly and that there are relatively few cases of scholarly dishonesty in the field.

Last year the Danish Committees on Scientific Dishonesty dealt with seven cases, only two of which were from the medical field. In 2007 there were 13 cases, with five originating from the medical sector.

He adds that 20 years ago the industry was almost completely self-regulating but that today better protective systems have been established. The EU has released a set of guidelines for good clinical practice and in Denmark the Danish Medicines Agency supervises trials.

”However, medical researchers are in a position vulnerable to pressure from drug companies to bend test results in way that is of interest to the sponsor. There is a lot of money involved and of course there are a few that cross the line, just like doping in sports,” says Faber.

He adds that a major problem arises in regards to who has the right to raw data when a drug company tests a new product on a large number of patients before it hits the market. Under these circumstances the company tests several hospitals at once in order to obtain a sufficient number of test persons. The company has the right to the combined data material while researchers at the individual hospitals can only see their own results.

In this case, “it is only the researchers that write the final conclusion, but the drug company oversees every step of the way and will of course instinctively report that the test results are very positive,” says Faber.