UCPH agrees to a settlement: The final bill for the Qatar scandal is DKK 9 million 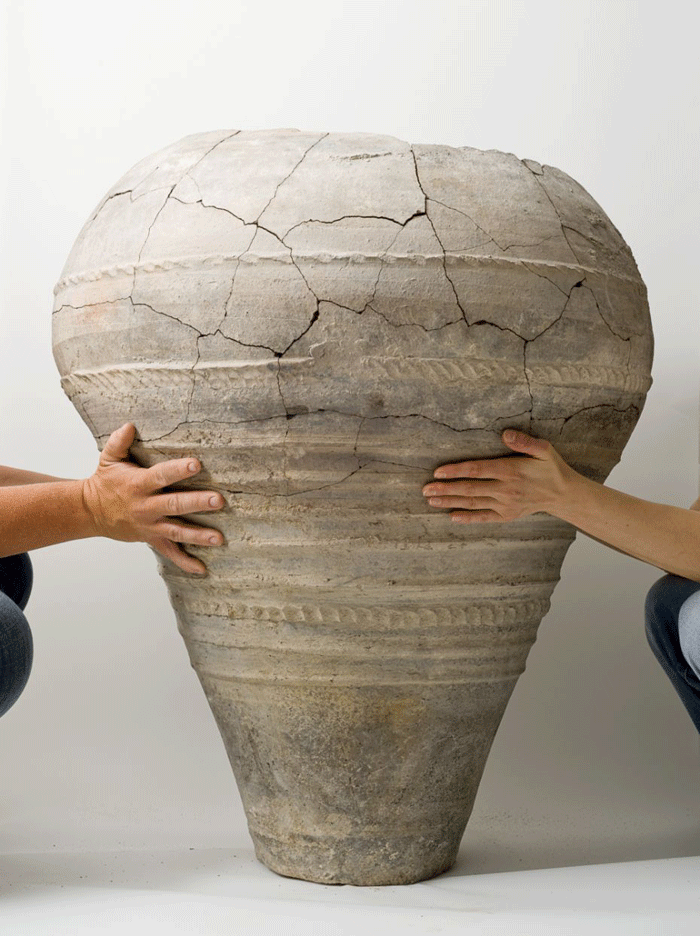 Vase from the excavation in Al Zubarah.
image: D. Britton

EXCAVATION - The University of Copenhagen has since 2015 had an outstanding payment of DKK 24 million for an interrupted archeological project in Qatar. UCPH has now managed to settle the dispute and in the process save DKK 15 million. The Department that was responsible for the issue will cover expenses amounting to DKK 3 million.

The Qatar scandal will cost the University of Copenhagen (UCPH) DKK 9 million after the university agreed to a settlement.

The bill has been split in three, the Department of Cross-Cultural and Regional Studies (CCRS) who were tasked with the excavation and research in Qatar, will pay DKK 3 million, the Faculty of Humanities will pay 3 million and UCPH will pay 3 million from its collective account.

This is according to Faculty Director Kristian Boye Petersen at the Faculty of Humanities, who was tasked with trying to recuperate as much money as possible for UCPH.

Qatar would not pay the bills from UCPH

The background story is that UCPH in the period between 2009-2014 were tasked with conducting archeological excavations in Qatar in the lost city Al Zubarah, a location that was declared as a world heritage site by UNESCO in 2013. In terms of research it was quite a feather in UCPH’s cap.

The Intention was that the work would go on for 10 years, but in the beginning of 2015 UCPH pulled the plug on the project because the University’s partners in Qatar had neglected to pay bills amounting to DKK 24 million.

Subsequently, it was revealed that UCPH had for a longer period of time not taken the measure of securing itself by getting approved contracts in advance for the work done in Qatar.

No further scrutiny of the financial issues involved in the case

»I repeatedly talked to them,« said Faculty Director Kristian Boye Petersen. »Last time when we were down there in July, the settlement offer was about DKK 6 million.«

According to Kristian Boye Petersen, UCPH’s financial headache regarding Al Zubarah was the result of »a significant change in the governance in Qatar in 2014.«

»The project was squeezed by a new economic reality in Qatar. Whereas a trusting relationship was possible before, today there is a new leadership with another agenda for the museum’s finances in the Gulf state. It has changed from a culture of informal agreements, where they used to completely honor informal agreements, to another form of governance, where they do not to the same degree honor the previous informal agreements, and in the midst of that transformation, we as a faculty have lost cover for part of our expenses,« said Kristian Boye Petersen according to a press release about the settlement between UCPH and Qatar.

The Department would have been devastated

It has been unknown for a long time how the loss for the Qatar project would be covered. It was a real possibility that the Department of Cross-Cultural and Regional Studies (CCRS) would have to foot the bill of DKK 24 million all by itself.

»To cover the total amount of DKK 24 million would have been quite devastating for the Department,« says Kristian Boye Petersen.

He has ‘no comment’ regarding the question of whether the Al Zubarah case will have consequences for the CCRS Department Head Ingolf Thuesen.

If UCPH in the future decides to make agreements about excavations in Qatar, the University will make sure to ask for »money up front,« said Kristian Boye Petersen.