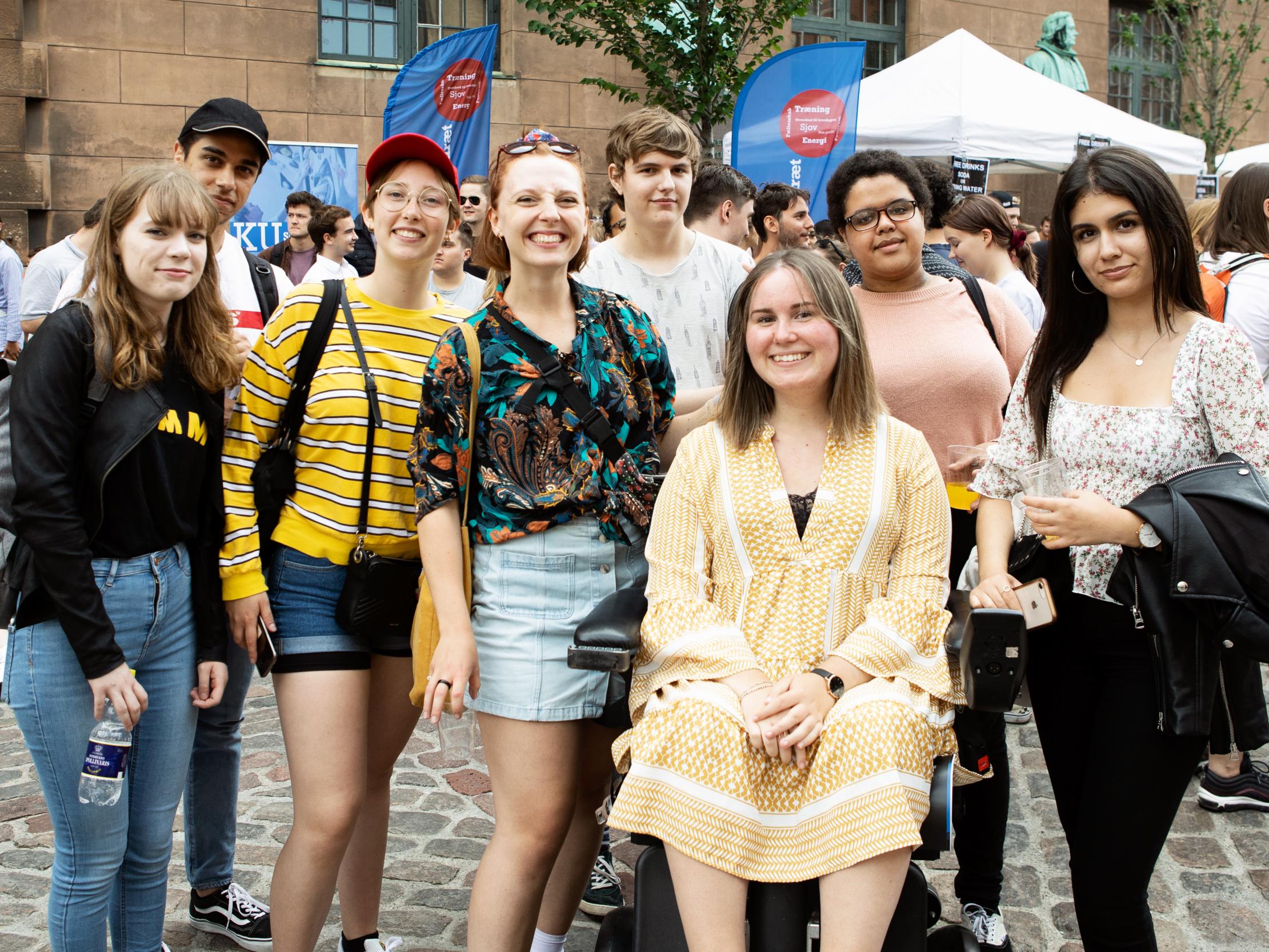 Flest kvinder - New students at the matriculation ceremony at the University of Copenhagen in 2019.
image: Hedda Rysstad

Gender equality — Only four out of 34 humanities study programmes at the University of Copenhagen have a higher number of male applicants. And there are mostly women applicants on all health science programmes.

12,915 women have applied to the University of Copenhagen this year, and this is 5,169 more than the 7,746 men who chose to submit applications to the university.

There is nothing new in the fact that more women apply to university than men. But the gap between the genders has increased by more than 1,000 since last year, when there were 4,164 more female applicants than men.

Rie Snekkerup, who is Deputy Director for Education and Students at the University of Copenhagen, says that she finds it positive that more women have chosen to apply this year.

»This is good, but the numbers include increases in some of the more classic study programmes which often attract more women than men. It is the humanities programmes and, for example, medicine and psychology,« she says.

Would you prefer a more even gender distribution on the study programmes?

»Yes, I would like it to be more even. There is still an imbalance in terms of how many women apply, and how many men apply, for specific study programmes. The men are more likely to apply for the natural sciences, mathematics, computer science and so on.«

Faculty of Science the only faculty with more male applicants

If you look at the University of Copenhagen’s six faculties, it is only at the Faculty of Science that more men than women have applied. The gap here is a small one – 2,565 women and 2,776 men have applied, that is, 211 more men. Study programmes like computer science, machine learning and physics, however, have got considerably more applications from men (respectively: Four times, five times, and more than twice as many).

Even though we are very gender conscious today, there are still unconscious mechanisms that help to shape young people’s choices.

The Faculty of Humanities has received applications from 3,636 women and 2,110 men. Out of the faculty’s 34 bachelor’s degree programmes, only four of them, philosophy, history, musicology, and Eastern European studies have more men than women applicants. The same number of men and women (21 each) applied to get into the Latin programme.

»I am unsure about what you can do as an educational institution,« says Rie Snekkerup, »because I think it starts much earlier, in primary school and with the parents. Even though we are very gender conscious today, there are still unconscious mechanisms that help to shape young people’s choices. It is the boys who are the geeks and who love to figure things out. And it is the women who do education and care.«

»We can probably do more«

Rie Snekkerup says that the university can certainly do its part through its marketing: »It’s about how we describe the study programmes, the images that we choose, how we hold open house events, and all the small things.«

»It would be a great idea to work for attracting women to natural science study programmes and to attract men to the humanities degree programmes. I’m convinced that the individual study programmes also think about this in their recruitment, but we can probably do more,« says Rie Snekkerup.