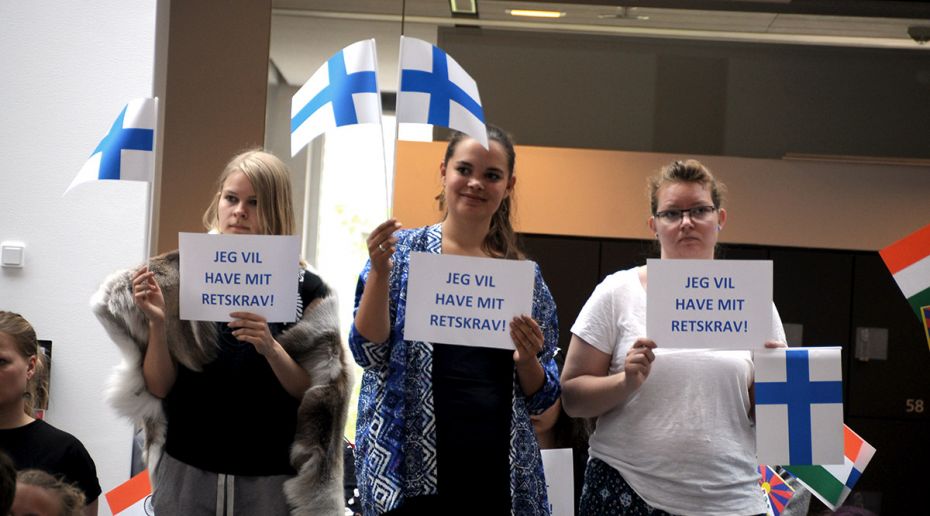 The Danish Agency for Higher Education has now approved the University of Copenhagen’s closure of several small study programmes. Frustrated students question the value of their legal entitlements

The students have a legal entitlement to being admitted to the master’s programme that naturally follows from their bachelor programme, but in spite of this UCPH opted in April 2016 to close the five programmes at the end of the year.

UCPH students had not been informed of the closure plans, finding out by accident on the University’s admission website. The information was subsequently removed when it turned out that the Danish Agency for Higher Education had not received a phase-out plan from UCPH. This was subsequently sent to the agency in June.

Agency has approved the closure

The Rector’s Office subsequently apologised for the flawed information, but this will not save the programmes from closure.

This is confirmed by Ulf Hedetoft, Dean of the Faculty of Humanities.

“The Agency has accepted three of the five proposals for closure and asked for more information on the other two. This has been delivered, and these two have subsequently also been approved,” he writes via email.

Referred to other programmes

“There is no doubt that this is a clear worsening of the students’ education. We will keep a critical and watchful eye on the quality of the study programmes that the students have been moved to,” she says.

Several of the affected students have been critical of the master’s programmes they have been referred to.

”The most natural master’s for the study of Finnish will always be a master’s in Finnish. It is absurd to claim that it is suddenly a master’s in linguistics. UCPH management can claim it is so, but it doesn’t make it true,” says student of Finnish in a featured comment on Uniavisen.dk.

”Unless the subjects that are offered in the present master’s in Finnish can be offered, then the master’s in Linguistics will have no relevance for me. I am neither qualified to study it, nor do I have the desire to do so, and my fellow students feel the same way.”

UCPH had first requested that the Tibetologists’ legal entitlement be moved to History of Religion, but they changed their minds during the course of the summer recess, according to the correspondence between UCPH and the Danish Agency for Higher Education, released to Uniavisen after a Freedom of Information request. It is clear from the release that the agency requested further justification for students of Finnish to study Lingusitics and Tibetology students to study intercultural studies.

In the end, the officials at the Agency accepted the closure plans without further comment.

Head of department Bente Olsen of the Danish Agency for Higher Education, says that it is the university that has the professional judgment to determine which master’s programme is the natural continuation of a bachelor’s discipline or disciplines.

“Based on the responses the Agency received from the University of Copenhagen, it is our opinion that the students’ expectation of being admitted to a master’s programme within, or with a significant overlap with the original subject field that has the legal requirement, has been met,” she writes by e–mail.

Laura Bech Hansen thinks the case raises a fundamental question about the legal entitlement, and whether it has any use at all.

She thinks it will affect admissions numbers, as students cannot be sure that they can complete the study programme that they were promised when they were admitted to university.

“The students are especially worried in the smaller subject programmes, which risk being closed, but it actually affects all students. It is basically a question about our rights, and how our University perceives us. It shows neither respect for our wishes, nor respect for the profession, when it claims that the subjects of Finnish and linguistics are the same thing,” she says.