UCPH Column: New students must take on the global situation 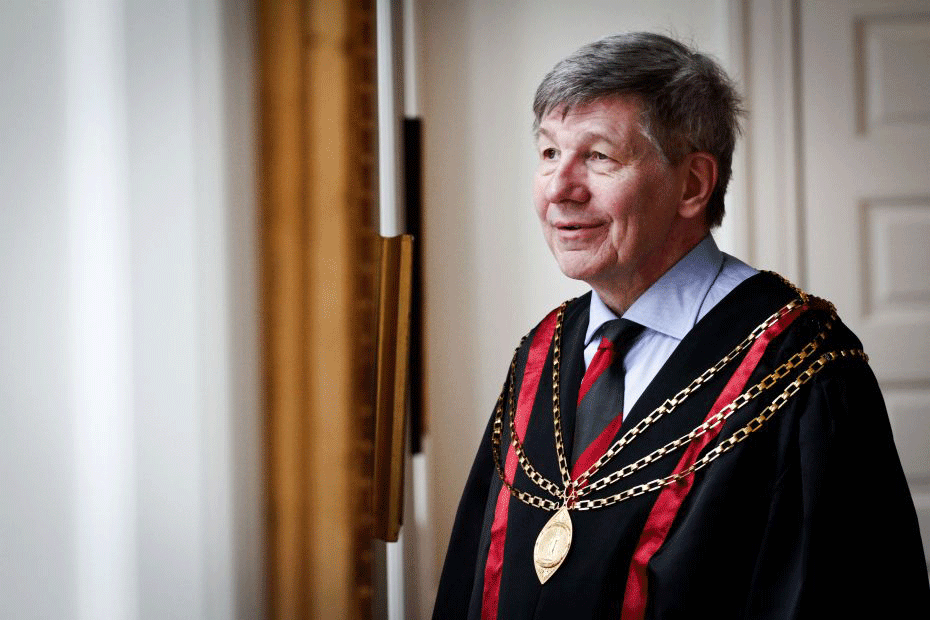 Rector’s comment: Ralf Hemmingsen welcomes the students in an age, where things are not what they once were – and which therefore urgently needs your contribution

by: BY RECTOR RALF HEMMINGSEN

DEAR NEW STUDENTS. Welcome to UCPH! Many of you are born in the carefree period following the fall of the Berlin Wall in 1989. An era of faith in progress, SUVs and flat screens. Optimism had no bounds. Peace in Europe was almost a guarantee – with the Balkans as a grim exception. Where unemployment was a thing of the past.

NOW YOU ARE COMMENCING university in a more confusing and dangerous world. We will end up needing two planets, if consumption and population growth continue at the same pace. There are probably very few of us, who in one way or another are not hit by the fear which is the aim of the present terror threat. Europe is battling internally to help the many refugees while in the US, there’s a figure with a distinctive hairstyle who stands a chance of becoming the ‘leader of the free world.’ And even though the economic crisis will hopefully wane soon, the labour market is hardly bountiful for all the university’s graduates.

NO, THE FUTURE IS NO LONGER what is has been. In other words, we need you to deal with the state of the world! When you take a university education, you don’t just learn about an academic field – you also learn to think for yourself. A quality which is also highly prized by employers. A university degree is not just about mastering mechanical competences and memorising a list of Kings, but about turning over the whole range of arguments for and against the King’s own perspectives. In this way, the university is the royal path to uncovering new answers to questions, which will not only unlock jobs and incomes, but which can also create a wealth of good in the world. In that spirit, here are three points of guidance from a rector:

BE CURIOUS. Become a cultural cosmopolitan, who feels at home away from home. English is important, but remember that it paints but one picture of the world. Learn more languages. Seek out study places at universities abroad. Seek out the unknown and expect the unexpected. Take subjects from neighbouring faculties. Undertake a project with a company make a leap and become an entrepreneur. Show up to presentations with leaders such as Angela Merkel or cultural figures such as Paul Auster or Lars Von Trier, when they visit UCPH.

IMMERSE YOURSELF: It’s not cool to not know what you’re talking about – as president Obama said in a speech at Rutgers University in the US a few months ago. Agreed. It is clever to delve deep into the substance of a matter, rather than just surfing the surface of the Internet. Rely on a common sense filter more than Google’s search results. Accept that this is difficult in the beginning. Your neighbour probably finds it tough too. But look out for each other and create a good study environment. And be aware that it’s only what your nearly grab, that grabs one completely, as writer Søren Ulrik Thomsen put it. Out there, on the edge of the known, you will also feel the “rush” from the research in which the education is grounded.

BE INDEPENDENT: You are no longer in high school, but in tertiary education. University is not a high school English class and UCPH is not a curling university, sweeping away obstacles in your path. But there is one thing you will recognise from high school: you have to complete your studies within a time frame. These are the new rules which arose out of the university reforms set by Parliament. That does not, however, mean that you must get smart in a hurry – that’s far from a university attitude. But try to plan your studies, so there is room to grow the academic virtues mentioned here. With curiosity, immersion and independence, you students will be able to take on the global situation – regardless of how bad it is.