UCPH dominance at the DHL fun run – see the pictures 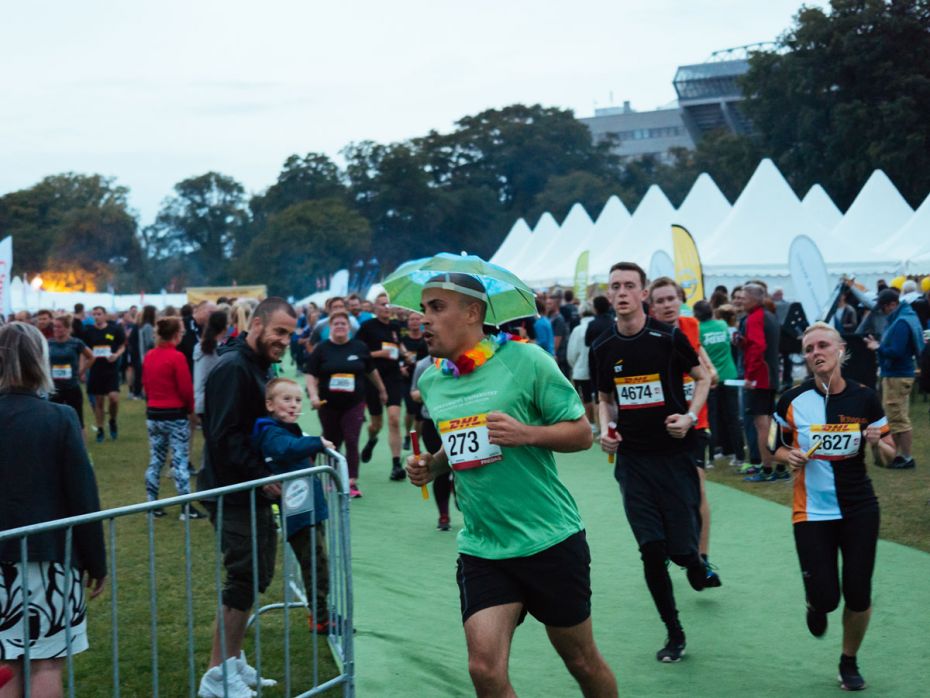 More than 2,000 UCPH-runners coloured the Fælledparken park green, blue and orange for this year's DHL relay race, where – again, again – they beat DTU and CBS in the university contest. Find yourself in the pictures

The university could not afford T-shirts for the University of Copenhagen participants in this year’s DHL fun run.

So last Friday, employees were clad in the green, blue, orange and rust-red UCPH T-shirts from previous years, giving onlookers a gaudy overview of the university’s exercise history as they plowed through the barbecue smoke and running festival in Fælledparken.

The event went smoothly but maybe with one small glitch: The last runners of the not-so-fast teams (like The University Post’s) made it to the finish line only to be plunged into an abyss of disappointment when they found out that the UCPH tent had run out of chili con carne.

Fastest team over the line this time was the mixed team The psychostimulants from the Department of Neuroscience and Pharmacology, who completed the 5×5 kilometers in 1:38:32.

UCPH won yet again the university contest over the other Copenhagen higher education institutions CBS and DTU, this time emphatically, as their teams also took 2nd and 3rd places, namely NEXS-1 from the Institute of Sports and Nutrition (1:39:40) and last year’s fastest team, Medicine X01 JB (1:41:37).

Fastest UCPH women’s team was FOOD-ninkachicks from the Department of Food Science with a time of 1:53:06.

Find yourself in the pictures

There was still a party going on in the UCPH tents as Uniavisen left the Fælledparken at 11pm. Before that, while people were still photogenic, our photographer took a lot of pictures of happy and exhausted UCPH runners. Find yourself in the pictures below. See you at next year’s DHL!