UCPH pays out DKK 2bn a year on administrator salaries 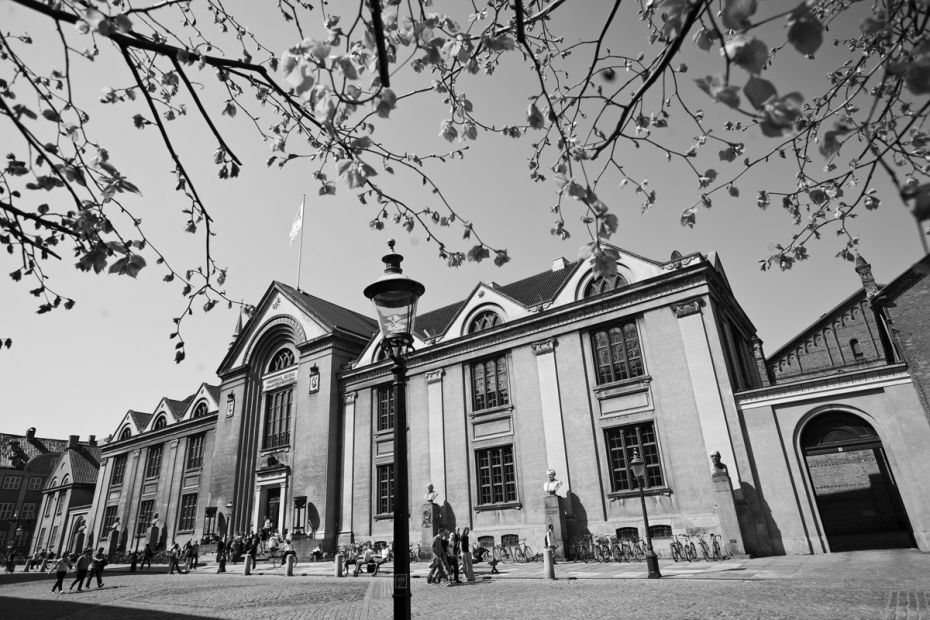 The University of Copenhagen’s salary bill for administration has grown by half a billion Danish kroner since 2007. This is according to a response to the minister from Liberal Alliance’s ‘against bureaucracy’ spokesman Henrik Dahl. However, the number of administrators per researcher at UCPH has dropped

The increasing salary costs for administration at the University of Copenhagen (UCPH) since 2007 can be seen in a statement by Minister for Education Ulla Tørnæs (Liberal Party) to parliament 12 September.

The statement was presented after Liberal Alliance’s chairman for education, research and ‘against bureaucracy’ Henrik Dahl wanted to know how much the country’s largest university spends on administration and, more specifically, how many salary kroner UCPH earmarks to its communications department.

“Last time I checked, there were more than 100 employees working with communication at UCPH. And even though it is a large organization, that is many people,” Henrik Dahl has previously said to Uniavisen.

Dahl has also stated that there are a ‘crazy amount’ of administrative staff at universities.

According to the Minister for Education – who has got the information from UCPH – the University’s expenses for salaries to administrative staff in 2007 were DKK 1,517 million. This number had increased in 2015 to DKK 2,002 million. A 32 per cent increase.

By comparison, the salary expenses for the state increased by 20 per cent from 2007 to 2015, according to Statistics Denmark. The same applies to public institutions that deal with education, including upper secondary schools.

In the same period, UCPH turnover, however, has increased from about six to about eight billion kroner in current prices. UCPH has received more activities during the period, not least as a result of a 2007 political agreement on globalization and a political objective that public research should be at least one percent of GDP. According to the University of Copenhagen’s management, it is for this reason most relevant to the look at the number of administrators (technical and administrative staff or TAP) relative to the number of researchers and teachers (VIP). Only then can you see if the UCPH bureaucracy is too large.

UCPH: Look at the VIP and TAP numbers

“UCPH spends five billion kroner on wages. Out of this, three billion kroner goes to salaries for academic (VIP, ed.) staff,” says Thomas Buchvald Wind, who is the University of Copenhagen’s Vice President for Finance.

UCPH exploits its economies of scale, says Thomas Buchvald Wind, and points out that 25.1 per cent of payroll in 2007 went to administrative staff, and that this had fallen to 23.9 per cent in 2015:

‘The overall TAP payroll of the University’s total income has decreased during the period. It shows a gain in efficiency,” he says.

“But the number of TAP (Technical and administrative personnel, ed.) FTEs increased by only nine per cent, proportionally far less than the groups they support.”

Some administrators working in research

This is also made clear in the education minister’s statement to parliament.

The university distinguishes between traditional, desk administrators, and technical-administrative staff, like for example laboratory technicians working closely with scientists although not scientists themselves.

755 million of the two billion kroner in administration was in salaries to technical-administrative staff working closely to researchers in 2015.

The MP Henrik Dahl also wanted to find out what it costs to remunerate the University of Copenhagen’s communications staff.

In the central division, the salary bill was DKK 8.2m in 2007. This communication department salary bill grew in 2015 to DKK 13m. The number of staff increased from 17 to 22 in the same period.

“The reasons for the increased expenditure on central communication employees include new tasks such as dealing with increasing internationalization, which means that the University of Copenhagen must be able to communicate in English to international students and staff. UCPH has also since 2007 modernized its internal communication with an intranet. The university has also built up an IT infrastructure including study apps for students,” says Vice Director for Finance at UCPH Thomas Buchvald Wind.

The staff at Nørregade represent however only a small part of the University of Copenhagen’s communication staff.

In a reply to parliament 2 May this year, Minister for Education Tørnæs writes that the University of Copenhagen has 127 full time equivalent in its communication departments, of which 22 are located centrally, i.e. at the Nørregade address, with 105 in different faculties and departments.

Uniavisen is not included in this, even though it is, exclusive of advertisement revenue, funded by the University of Copenhagen.

Finally, the education minister had the total cost of communication activities at UCPH calculated. It was DKK 63.5m in 2015. This information can be found in a third answer to parliament that the Minister for Education gave on 30 May this year. Aarhus University spent in the same year DKK 48m on communicating.

Technology behind the need for more communication people

After cuts in the first half of 2016, there are only 111 FTEs working in communication. This corresponds to 0.7 percent of total revenues, according to the University.

“The total of 111 full-time equivalents should be seen in the context that the University has 40 departments, more than 170 research centers and 10 museums with school services and talent programmes to high schools and so on. We have a duty to communicate our research and to help create a good place of work with relevant information for students and staff. Many centers are partially funded by external grants, which includes an external communication requirement,” says Vice President of Communications at the University of Copenhagen Jasper Steen Winkel.

He also justifies the numbers of communications staff with the need for new technology for UCPH employees:

Trend is towards shrinking

In the responses to parliament on UCPH bureaucracy, there is no mention of the particularities of the current austerity plans at UCPH and at other universities which they are currently in the process of implementing.

According to the Deputy Director for Finance at UCPH Thomas Buchvald Wind, the current trend in UCPH finances is important in any discussion on the university’s administration.

“After the demands for cuts that came with the 2016 budget, the University of Copenhagen has this year closed 437 positions by voluntary redundancies and dismissals. Seven out of the ten jobs lost were TAP-positions,” he says.

In the coming years, the University of Copenhagen in line with the current austerity plan is to find a further DKK 200 million in the budgets in the form of ‘adjustments’ – that is, a combination of reduced costs for salary and operating and new revenues from private research foundations and the EU.

Henrik Dahl (Liberal Alliance) has declined to comment on the recent statement of the University of Copenhagen’s administrative expenses to Uniavisen.

“Now I will study the figures closely and perhaps request more information. Then we will see,” he writes in an e-mail.