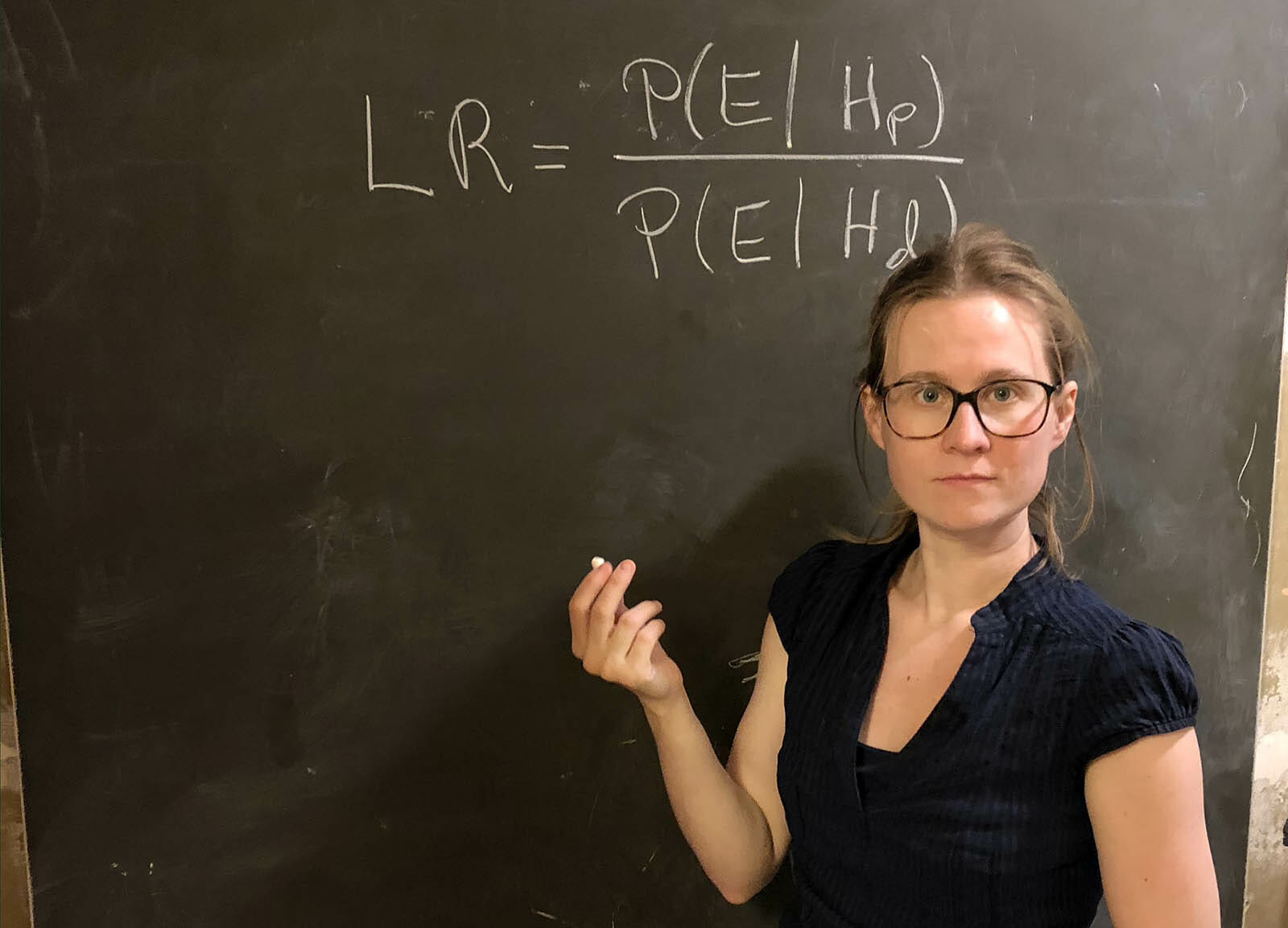 Research — In several homicides, statistics researcher Therese Graversen from the University of Copenhagen has helped British police to identify a probable offender. She uses a unique method, for the first time in English legal history, and which will set new standards for future legal proceedings.

by: Michael Skov Jensen
Communications officer at the Faculty of Science

In 2017 South Yorkshire Police contacted statistics researcher Therese Graversen from the Department of Mathematical Sciences at the University of Copenhagen. They had a problem: A man had been beaten to death in his home in a very violent assault. The British police officers had already charged one person, and they had found DNA traces of this person after the arrest. But because the police estimated that the traces contained DNA from both the victim and at least three other people, they asked the Danish researcher to help make a calculation that would clarify it.

British laboratory had to give up

When Therese Graversen is commissioned by the British police, it is because the DNA of four or more persons have been found on, say, the victim or an object from the crime scene. When a number of people’s DNA is mixed together, the number of combinations of the puzzle skyrockets. Even for large private laboratories, which the British legal system usually outsources its assignments to, the calculation leads to problems. This was the main reason why the Danish researcher got her first case in 2016.

“They had a DNA mixture, where they could see that there had to be at least five people. But the problem was that the computer programme they had could not do the calculation for five people. It was too complex. There are simply too many possibilities in a statistical sense,” says Therese Graversen. After the first case in 2016 she was contacted by several British police districts who had heard about her method.

The case ended up being the first British case ever, where this type of calculation was used and accepted in a court of law. One of the pioneers in DNA analysis in Britain and Europe, Peter Gill, subsequently asked to get Therese Graversen’s report, so he could use it as an example in the different British fora where DNA analyses are discussed.

The secret behind her calculation method is actually not so secret. In fact it is freely available on the Internet. By means of a piece of software that she has coded herself, she analyses the DNA that the police secure from the crime scene. The DNA sequences resemble small mountain peaks in different heights and contain information which her software uses to carry out the calculation.

What I have realised is that small people like me can actually nudge, and help to make small changes to, legal practices.

“Before I developed my method, this was an area where I could easily sit and wait for days, while the computer calculated, say, four people’s DNA,” says Therese Graversen. She used to use the waiting time, while the computer crunched the astronomical amount of possible combinations of mixed DNA, to optimize code and the piece of software that she uses.

“I started to change the entire calculation more fundamentally and ended up with a method, which runs through all the DNA combinations in a smarter and more selective manner,” says Therese Graversen. Her laptop can calculate more complex cases in less time than the private laboratories in Britain can.

One of the reasons why her method is innovative, is because it includes more information from the DNA that up until now has not been exploited. It includes information on the so-called peak heights.

The heights say something about the strength of the signal and in this way what fraction of DNA is in the mixture. Therese Graversen’s software has also been used in some Danish legal cases, and she hopes that her method will continue to gain ground both in Britain and in Denmark in the future.

What I have realised is that small people like me can actually nudge, and help to make small changes to, legal practices. My approach has enabled the police both in Denmark and in Britain aware of the fact that you can pull more information out of DNA than they thought. This has generated a demand for more sophisticated methods in analysing DNA traces,” she says.