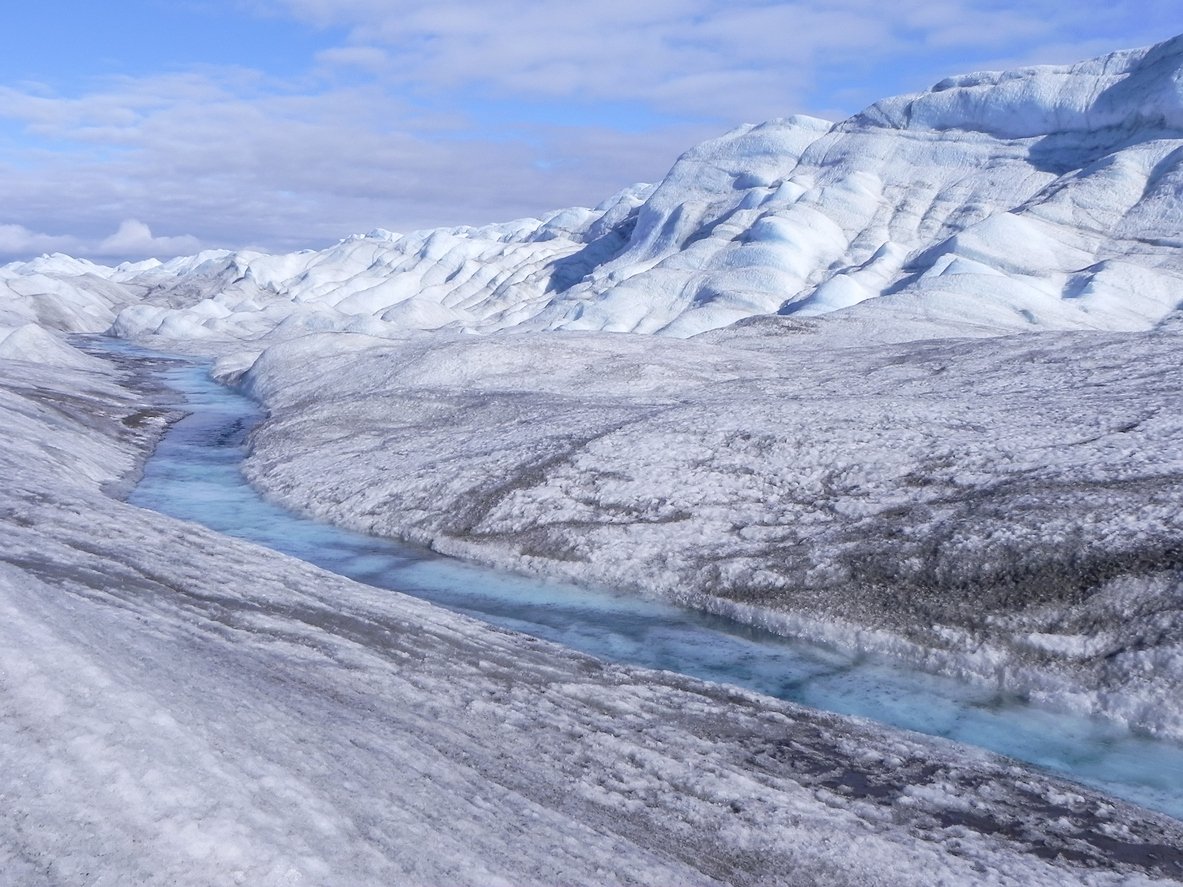 3.7 billion year-old garnet rocks from southwest Greenland have been studied meticulously by Associate Professor Tue Hassenkam from the Nano-Science Center and Professor Minik Rosing from the Natural History Museum. Their conclusion: There is life.
image: Istock

Scientific breakthrough — Two UCPH researchers confirm in an article in Nature that there are traces of life in the world's oldest rocks. The rocks are in Greenland and are 3.7 billion years old. The two have used a completely new method.

If researchers find small traces of carbon in a 3.7 billion year-old piece of   from Greenland, then is this also scientific proof of early life they have found? Or has the sample just been contaminated at a later date?

The article in Nature is in a shortened pdf version here.

An article in the highly regarded scientific journal Nature confirms that the traces of the world’s oldest known life are legitimate. The two scientists are   of the Nano-Science Center at the University of Copenhagen (UCPH) and of the Natural History Museum, also UCPH.

“We now have several sets of independent evidence that make much stronger,” says Tue Hassenkam.

With the latest Nature publication, the two researchers move closer to a final recognition in scientific circles of Minik Rosing’s original findings, which date back to the 00’s.

The two researchers have applied a new method that combines two known techniques.

One technique is called . AFM is a mechanical technique to measure contours on surfaces that is 1,000 times better than an optical microscope and uses a very sharp nano-scale needle to form 3D images of surfaces – right down to the scale of atoms.

The other technique is called infrared spectroscopy that irradiates a sample of infrared light within several wavelengths. It heats the particles in a given sample in different ways, and the pointed needle detects how they react according to their different chemical bonds. This also makes it possible to determine which elements are in a material.

Tue Hassenkam recently got the at his disposal in the laboratory so he can combine the two techniques, giving a picture of both surface structure and chemical structure in one sample.

In 1999, Minik Rosing put forward a controversial theory that, based on analyses of ancient rock at Isua in Western Greenland, there were traces of life in them. This meant that life on Earth began several hundred million years earlier than previously assumed, and this theory helped make Minik Rosing world famous.

Tue Hassenkam now has, in collaboration with Minik Rosing, and with the help of NanoIR2, been able to prove the results in Nature, and which support Minik Rosing’s theory.

The two researchers emphasize that it is not possible to find traces of DNA or protein in samples as old as this. It cannot survive the violent underground forces of 3.7 billion years.

The picture shows an encapsuled gemstone. The black grooves that cross the bright garnet are leftovers of life trapped and isolated inside the garnet. Photo: Mini Rosing.

Time, pressure and temperature in the gemstone have completely broken down DNA and proteins, but something is left, and with the new method they have proven that they originate from living organisms, probably bacteria.

Window to the past

In this way, the gems of Isua are like a window showing the life of past ages.

“We can analyze the residues of carbon while it is still in the gemstone. Here we can show that the elements of nitrogen, oxygen and phosphorus are still connected to the carbon, and they are precisely connected as expected if the source material was biological molecules that had been ‘pressure-boiled’ inside the precious stones of granit through millions of years,” says Tue Hassenkam, according to a press release from the Museum of Natural History at UCPH.