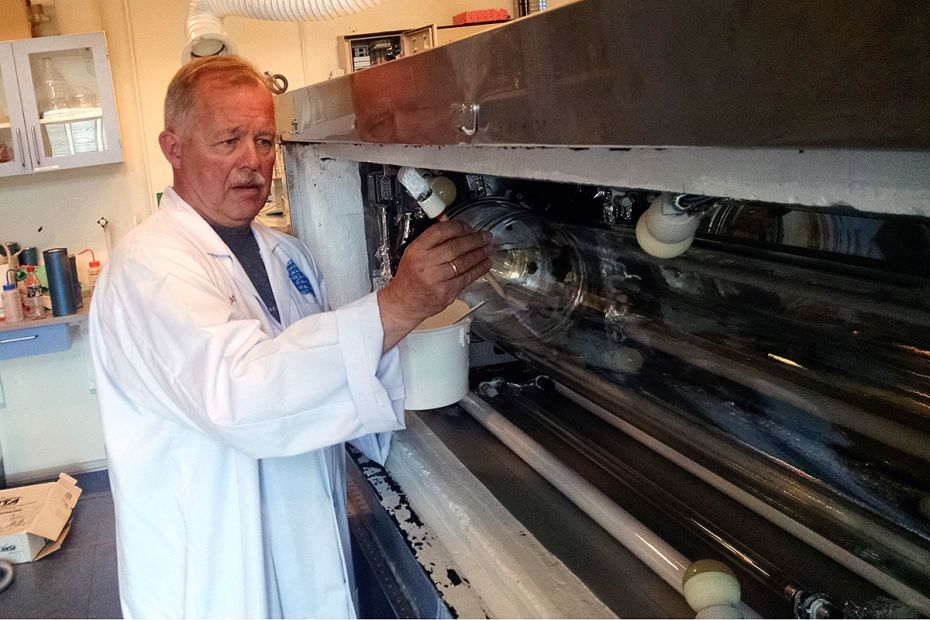 A new gas affects global warming 93 per cent less than the gas presently used in the electricity grid's substations. Researcher from the University of Copenhagen leads the team that has identified the substance

Global warming will have us changing some things that normally would not merit our immediate attention.

SF6 is a gas that power utilities use as an insulation medium in transformer substations with voltages over 100,000 volts. The gas prevents dangerous sparks from jumping out of the stations and hitting passersby.

Unfortunately, SF6 is also one of the most harmful greenhouse gases. Just 1 kg of SF6 is equivalent to 23 tons of CO2 in terms of greenhouse effect. Each Dane has an average annual CO2 footprint of approximately 15 tons of CO2.

It would be good if we could phase out SF6, and now it is possible with a gas that is 93 per cent less damaging to the climate.

Ole John Nielsen, a professor and atmospheric chemist at the Department of Chemistry at the University of Copenhagen, has led the effort to test potential replacements for SF6 in a photo reactor for the US company 3M, which owns the rights to produce the new gas. He sees potential in it, but it will be years before the replacement gas will be profitable.

The photo reactor is a well-known technology in the study of atmospheric reactions in the laboratory under controlled conditions. The blue light is from the lighting – probably just there to enable a good picture.

“The new gas has the same insulating properties as SF6. When the new gas, possibly 10 years from now, is produced on a large scale like SF6 is today, then it will also cost the same as SF6,” says Ole John Nielsen.

Shows what we can do

He says that this is not a technology that will matter in terms of our total climate problem. Annual global emissions of SF6 are on the level of 6000-10000 tons, corresponding to a global warming contribution of only one per mille, or one thousandth. Yet this is an important discovery, he says.

“It is a prime example of taking a technology and making progress in an area. If you can go in and take each technology, one by one. look at them and improve them in terms of their climate impact by perhaps 93 percent – then this shows us what is possible,” says John Ole Nielsen

In terms of environmental effects, the new gas is not toxic in itself, even though it belongs to the class of cyanide compounds (such as the very strong poison cyanide / potassium cyanide). Ole John Nielsen and his colleagues from other universities have been able to show that it will not be converted into toxic substances in the atmosphere in case of an accidental emission.

The gas is tested in a large glass tube in the photo reactor right. The test set-up uses a Fourier Transform Infrared spectrometer, which measures what takes place in the reactor. It also has a so-called vacuum system, to fill the reactor with known concentrations of the tested substances.

It is also Ole John Nielsen and colleagues who have shown that the new gas has a lifespan of 22 years, compared to the 3,200 years in the atmosphere for SF6.

“SF6 almost stays in the atmosphere forever, and you may ask whether it is right to leave this legacy to our children,” he says.

One kg of the new cyanide gas has a global warming effect corresponding to the equivalent of 1.5 tonnes of CO2 – 93 per cent less harmful to the climate than SF6.