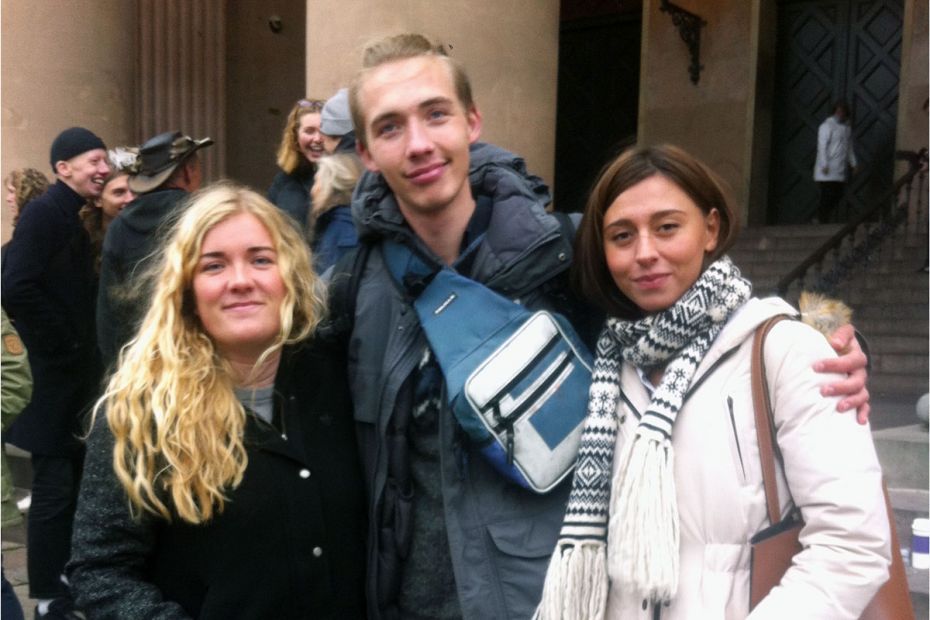 Four young people acquitted for sailing refugees from Denmark to Sweden. The court could not determine whether the defendants’ claim of having helped refugees was just a publicity stunt

The Copenhagen City Court acquitted four people Tuesday, including two University of Copenhagen (UCPH) students who had been charged with human trafficking. They were originally charged with sailing upwards of 17 refugees in a boat to Sweden.

The Court reckoned that there was not enough evidence to convict the four young people for human trafficking.

“We have succeeded in our mission, which was to focus on the unjust Danish immigration laws. But families are still fragmented by closed borders. So it is only a small victory,” said UCPH political science student Annika Holm Nielsen at a press conference after the trial.

“What is most relevant here is not the trial, but the huge problem that we have in a law that criminalizes people on the run, people in need, and people who are in danger,” Annika Holm Nielsen

The maximum penalty for trafficking is two years in prison, and the prosecutor argued that Annika Holm Nielsen should at least have 60 days behind bars for smuggling 17 refugees across the Sound in a boat September 2015.

Students will not do bachelor project in prison

Annika Holm Nielsen has featured on Uniavisen.dk previously in connection with her volunteer work for refugees.
Here, she said that she was ready to write her bachelor project in prison.

“What is most relevant here is not the trial, but the huge problem that we have a law that criminalizes people on the run, people in need, and people who are in danger,” Annika Holm Nielsen said on Tuesday, and continues:

“These people are exposed to a very bureaucratic system which is responsible for their future. They are people who are being killed and subjected to holocaust-like conditions. We will do everything to change the law and fight for equal rights. The fight is not over yet. ”

Maybe it was all a lie

Annika Holm Nielsen has previously called herself a ‘human trafficker’ on a DR3 television programme.

According to the newspaper Politiken, the prosecutor exclusively used press statements from radio, television and newspapers as well as Facebook updates from the defendants as evidence. But the court did not consider this enough evidence to convict them.

Annika Holm Nielsen’s defence lawyer Hanne Reumert, emphasized in court that it could just as well have been a staged publicity stunt by the students to focus on their political agenda.

The newspaper Politiken writes that the four acquitted students will not say whether the whole thing was a publicity stunt or not. Wednesday morning, radio station Radio 24syv also aired a longer interview with Annika Holm Nielsen. She would not say whether she told the truth when she claimed to have helped refugees to Sweden.

Students: “We will do anything to help”

Mimoza Murati is studying philosophy at the University of Copenhagen and was originally charged with transporting one refugee to Sweden.

The acquitted held a press conference after the verdict

She added: “We will do anything to help. There is nothing this government can do to stop us.”

Mimoza Murati and Annika Holm Nielsen are both co-founders of the organization ‘Medmenneskesmuglerne’ or ‘fellow human traffickers’, a sub-group of the ‘Welcome to Denmark’ network of volunteers who help refugees.

Not the first case of human smuggling

The case was the first trial in Denmark, where someone has been accused of sailing refugees to Sweden in a boat. It is, however, not the first time that a case of human trafficking comes to court in Denmark.

The author Lisbeth Zornig Andersen and her husband were found guilty of human trafficking in the Eastern High Court in September 2015. They gave a refugee family a lift from the southern harbour of Rødbyhavn to the Kastrup transport hub in Copenhagen. The couple were given a DKK 45,000 fine.

Earlier this year, a city councillor from Aarhus was acquitted of a similar alleged incident.

According to the Immigration Act’s section on human trafficking you can be punished by a fine or up to two years in prison for helping refugees travel through the country.