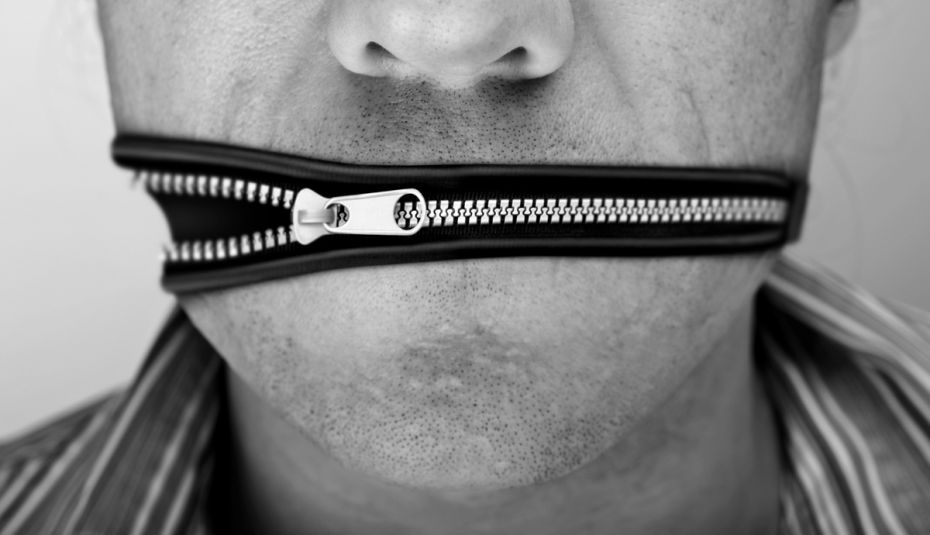 The University of Copenhagen has entered into contracts with the Ministry of the Environment which include non-disclosure clauses, contrary to Danish laws on public administration. “Regrettable,” says Dean John Renner Hansen of the Faculty of Science, who approved the contracts himself

The University of Copenhagen still uses contracts with non-disclosure clauses limiting researchers’ freedom of expression when doing research for ministries – or so-called service to authorities.

This is in spite the fact that the clauses have been criticized as illegal by both law experts and the Danish Association of Masters and PhDs, Danish Magisterforening (DM).

The gag on academics has been debated for years. UCPH researchers signed a non-disclosure agreement in the fall of 2009 for a study commissioned by the government’s so-called burka committee.

The clause meant that they could not comment after the report was leaked to the newspaper Information in January 2010 and was harshly criticized by several politicians.

Recently Aarhus University scientists were submitted to a gag order like this, when the former Environment Minister Eva Kjær Hansen defended an agriculture law package when it emerged that the Ministry had manipulated the researchers’ figures to pass the government bill through parliament.

But the non-disclosure agreements are continuing to be used by UCPH, according to documents released to Uniavisen.

Included in two contracts between the Ministry of Environment and the Department of Food and Resource Economics (IFRO) at UCPH from the years 2015 and 2016, is a section 14.2 that stipulates that “the supplier and their employees must observe strict secrecy regarding confidential information. Violation of this will be punishable under applicable laws. The supplier and its employees are responsible for this obligation after the termination of the contract, and after the task and employment is terminated”.

But this formulation is illegal, according to professor of law at the University of Southern Denmark who specializes in the freedom of expression Sten Schaumburg-Müller:

”Public administration, ministries, or universities cannot, in my estimation, agree to further non-disclosure than what is indicated by the law on public administration’s section 27. Information which is sensitive to individuals or which relates to national security may be covered by an obligation for secrecy, but in paragraph 5 it says verbatim that no further confidentiality can be imposed. The authority can specify – for example how the general rules apply in this area – but they cannot agree to more because it is politically opportune .”

“You cannot be punished for violating a contract, like as stated in 14.2. This clause is illegal. And paragraph 14.4 speaks of liability for a breach of confidentiality, which is of course problematic.”

The Ministry for Environment and Food is aware of the illegal non-disclosure clauses and the ministry’s officials confirmed to public broadcaster DR1 that the clauses were at odds with the law on public administration, and that they would review their contracts for researchers. So far, however, nothing has happened in the case.

Dean John Renner Hansen does not reckon that the problem is so large at the Department for Food and Resource Economics and at the The Faculty of Science UCPH.

”It is of course regrettable if formulations sneak into the contracts that can be interpreted in such a way that they are in violation of applicable law. We are therefore pleased that the Ministry of Food and Environment is in the process of amending their contract formats.”

How do you know that scientists’ research and freedom of expression has not been restricted?

“I have been in contact with both the former head of department at IFRO, Henrik Zobbe , and the current head Bo Jellesmark Thorsen about the two mentioned contracts. They say unanimously that specifically in relation to these two contracts, they have in no way experienced restrictions on academic freedom or on anything else connected to the tasks. This is regardless of the formal legal issues that may be raised about these formulations ,” Dean John Renner Hansen of the Faculty of Science writes in his reply by e -mail.

Professor emeritus in sociology Heine Andersen is currently examining researchers’ academic freedom under the so-called service to authorities, where government ministries order research projects at universities. He knows of at least five cases from the University of Copenhagen in the last nine years, where researchers have been required to sign contracts with clauses that restrict their research or freedom of expression.

”I have run into these contracts in six of the country’s eight universities – and UCPH is not even the worst. And I have been met with opposition, from many researchers and from universities’ managements. You cannot stop thinking that we know about the burka report and the manure-gate case, where scientists were given gag orders, but think about the cases that never reached the public eye,” Heine Andersen says and continues.

“I don’t understand that the Dean in connection with the UCPH burka report of 2010 defended scientists being given non-disclosure clauses by the Ministry. This bears witness to a problematic, or even sick culture.”

He started to become interested in the subject after he himself was asked to sign a contract from the former Science, Technology and Innovation Agency in 2008 in connection with a research project. He refused to sign.

“It stated that the Agency had the copyright and publishing rights to the results, and that I should uphold complete confidentiality – I might, in other words, take the research results with me into my grave. I would not sign it. But then they changed the contract, so that this wording was removed. It was not controversial research, but I do not believe that they thought about whether the formulations were illegal,” says Heine Andersen .

Morten Rosenmeier is professor of law at UCPH specializing in copyright. As chairman of the UBVA, the Academics Committee for the Protection of Scientific Work, he has over the course of the last ten years seen similar contracts from the country’s other universities. In some agreements, researchers and universities have had extremely restrictive non-disclosure clauses imposed upon all their results.

“I don’t understand that the Dean in connection with the UCPH burka report of 2010 defended scientists being given non-disclosure clauses by the Ministry. This bears witness to a problematic, or even sick culture,” Professor emeritus Heine Andersen, Department of Sociolog

“This development is of deep concern. Some of the confidentiality clauses I’ve seen have violated researchers’ freedom research and expression. Moreover, they are not valid under the law of public administration. And contracts that all copyright belongs to the ministry, so they can process the results, are invalid and in breach of copyright law,” says Morten Rosenmeier and continues: “I think what has happened is, that officials at government ministries have taken over some of the wording from contracts with private companies. But they have just not thought about the fact that a university is not a consultancy. Nor should it be.”

He points out however, that the contracts have become better than those that he saw a few years ago.

“They are not quite there yet, but things have definitely got better. Things are going in the right direction . They are not curtailing researchers’ academic freedom to such a striking degree as was the case previously.”

The big question is why Danish researchers agree to sign contracts that restrict their freedom of expression and in some cases also their freedom of research. The answer is simple. Several of the country’s universities – including the University of Aarhus – are financially dependent on the millions they get from research tasks carried out for government ministries.

“The universities are becoming more and more commercialized, and we are under severe financial pressure. My faculty does not normally report to government ministries. But if there was a contract tomorrow with a non-disclosure clause where my faculty could get a million for research, I would sign it,” says Morten Rosenmeier, and takes a pause, before adding:

“I would certainly complain about it. But if it didn’t help, I would sign it. And I think most researchers would. I have actually not heard of any scientists who would not sign a contract with a non-disclosure clause – except Heine Andersen”.